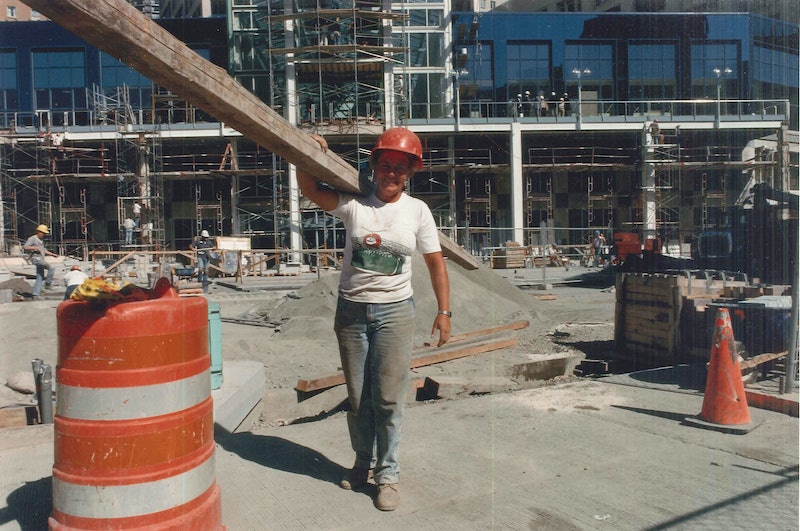 Certain professions, such as construction, medicine, and aviation, are populated by far more men than women. Some people take this to mean that women are less capable of or interested in performing these jobs. However, a recent survey of over 1,000 people by the New Zealand foul weather clothing manufacturer Stormline found that concerns related to sexism in the workplace played the largest role in women's decision not to enter male-dominated fields.

Plenty of women have performed exceedingly well in male-dominated roles, so while they shouldn't enter fields that don't interest them just to balance out the ratio, they shouldn't be deterred from ones that do. Both the women themselves and the organizations they join could benefit from their work. The fact that many companies are attracting only half of the talent available to them should be cause for concern and impetus for self-evaluation.

Stormline's study asked women to name the "manliest" industries and describe what might deter them from the top ten, which were marine/fishing, military/defense, construction, conservation, intelligence, security, aviation, agriculture, brewing, and medicine. Here are the most common reasons they gave, in order. (Hint: None of them were "it's too hard.")

Women considered brewing, construction, and security to have the most macho atmospheres of any profession. A work environment that encourages displays of masculinity also can encourage misogyny, since the two tend to go hand in hand. Locker-room talk and other "male" activities can also indirectly send the message that women — and men who don't fit into that environment — are not welcome.

Women cited safety concerns as the top reason they might not get involved in marine/fishing, military/defense, and intelligence professions. A lot of people would feel this way regardless of gender, but some studies have found a tendency for women to be more safety-conscious than men. Regardless of the extent to which this difference is due to biology or culture, safety is a valid concern for everyone that should not be dismissed because women are the ones expressing it.

Making people safer at their jobs is a worthy goal in its own right, and Stormline director Regan McMillan said in a press release that companies, particularly in the marine sector, are working toward it: "Safety fears, especially in the marine industry where Stormline operates, drive away lots of talented professionals, both men and women. While the marine industry in particular isn’t for the faint-hearted, technology has changed dramatically over recent years and safety has improved a lot."

As Dr. House would know, medicine was one of the industries expected to contain the most patronizing men, along with aviation, whose workforce is only five percent women in the United States and Canada. One in five women said they expected to be patronized in male-dominated professions. These results are consistent with a study last year finding that an uncivil work environment was the number one factor that pushed women out of engineering.

Women cited unpleasant working conditions as the greatest factor keeping them out of conservation and agriculture, and I don't necessarily blame them. As with safety, companies should focus on improving conditions rather than getting women to work under bad ones; I doubt men enjoy long hours or physical discomfort either. Nobody should have to work under conditions that don't suit her just to balance out a gender ratio.

If anyone has a good reason to be worried about low pay, it's women. The wage gap on top of already low-paying work can be devastating to someone's bank account. Once again, it's up to employers to pay men and women equally and pay all employees decently, not up to women to work for less money.

Conservation was most often rated too boring to be worth entering for the sake of breaking gender barriers. Sorry, forest rangers. I'm sure there are plenty of male and female nature lovers who would beg to differ, though. I also doubt this is a gendered preference, though it would be interesting to see why men might choose not to enter these professions.

One respondent made an interesting observation: Seeing "his" and "him" in advertisements has deterred her from applying for jobs. Words like "fisherman" and "brewmaster" came off sexist, she wrote: "The job postings can make the job sound harsh or non-inclusive." This reason was also most often cited for conservation jobs.

Fishing captain Genevieve Kurilec thinks there's reason to be optimistic. "The camaraderie found in the majority of the commercial fishing industry far outweighs the petty few who do not recognise the capabilities of women employed in marine occupations," she said in a Stormline press release. "If you do your job, put in your time and take care of your vessel you will earn the respect of your fellow fishermen, gender notwithstanding.”

However, Caroline Livesey, a geotechnical design consultant, said in the same press release that women in civil engineering "have to work far harder than their male counterparts to earn respect, to progress, and to be trusted technically.” Company executives and employees, along with the media, educators, and everyone else with an influence on women's career choices, need to work to eliminate this obstacle, because as Stormline's survey shows, it has tangible effects on women and the workforce. Images: Seattle Municipal Archives, neetalparekh/Flickr; Giphy (7)

More like this
Wimbledon Alters All-White Kit Rule Amid Candid Period Discussions
By Catharina Cheung and Rachel Mantock
Here’s How To Find Your Spotify Wrapped
By Emma Lord and Emma Carey
Daily Horoscope For December 1, 2022
By Mecca Woods
The Moon Tarot Card Wants You To Seek Clarity
By Nina Kahn
Get Even More From Bustle — Sign Up For The Newsletter