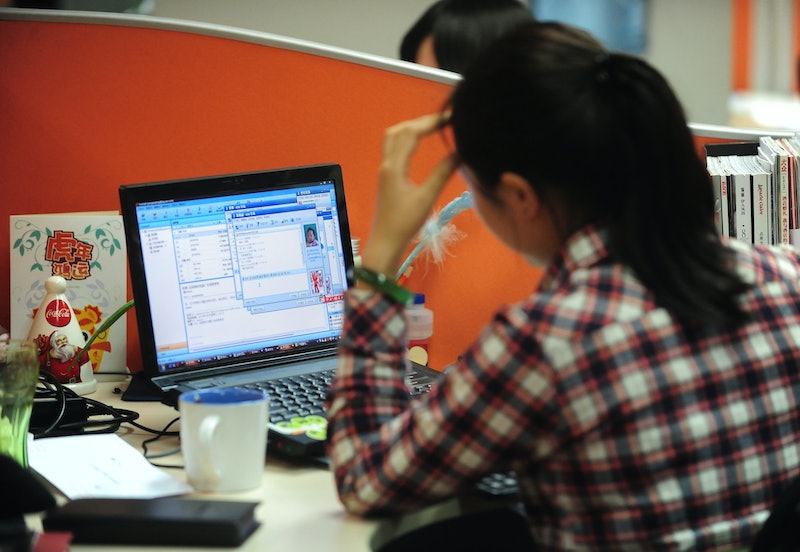 You’ve likely heard the disheartening statistic that women earn 77 percent of men’s wages. Even though the statistic may be an oversimplification, the fact remains that working women continue to get the short end of the stick. Over the past decade, the gap hasn’t closed, and the progress that we’ve seen so far is actually mainly due to a decline in men’s wages. (Yeah, that sucks, doesn't it?) In Caroline Fredrickson’s new book Under the Bus: How Working Women Are Being Run Over , she explores the injustices faced by women in the workforce and explains how our broken system hurts the nation as a whole.

Having participated in the writing of some of the very laws that now leave women — particularly women of color — vulnerable, Fredrickson is able to illustrate the everyday impact. She does it in a way you'll actually want to read, weaving statistics with real-life stories of women who have been “run over.” She shows that most women don’t have a choice in whether to “lean in” or “opt out,” because they've already been “left out” entirely. In a system that leaves so many unprotected, it’s no wonder the gender pay gap persists.

Until we’re able to improve the status of working women, our opportunity to earn as much as men do will continue to be limited by these four factors:

As much as we’d like to believe that anti-discrimination laws always work, Fredrickson states that “direct discrimination is responsible for a large share of the wage discrepancy.” More than 40 percent of the gender pay gap can’t be explained away by differences in work experience, education, or job type. “Basically, employers are paying women less just because they are women,” explains Fredrickson.

There are clear differences in the fields in which men and women work. In fact, Fredrickson points out that just 20 job categories encompass the professions of almost half of working women (44 percent). Off the top of your head, you could probably name many of the categories on the list, which include dental assistant, librarian, and kindergarten teacher.

Even though “our culture reinforces stereotypes about appropriate pursuits for each gender,” Fredrickson argues that “women’s work” is undervalued. When you compare roles that require comparable skills and education, the jobs traditionally filled by women receive less compensation. On top of that, women who do choose to enter male-dominated fields often face barriers, including discrimination, sexual harassment, and limited opportunities for growth. The “boys-only club” that you see in episodes of Mad Men clearly hasn’t gone away.

In her years as a policymaker, Fredrickson witnessed how exclusions were put into labor and employment bills and even added them herself, only to later discover that they ultimately hurt women — especially women of color. It turns out that the segments of the workforce left unregulated or minimally regulated disproportionately employ women, meaning that they are more likely to be in jobs that don’t have benefits or have to adhere to state minimum wages or even discrimination laws. Not only are 53 perfect of low-wage workers female, women account for nearly two-thirds of the part-time workforce. It’s thanks to these exclusions that a nanny can be fired for her race and a temporary office assistant can’t get insurance through her employer.

With paid (and even unpaid) leave all too rare and a system that provides “affordable care to almost none,” Fredrickson shows how “one of the easiest ways to fall from the middle class into poverty, or from poverty into destitution, is to have children.” Many mothers find that cutting back to part-time work (in spite of the drawbacks above) or quitting their job altogether is preferable to the astronomical cost of child care. In a system like ours, it’s no wonder people see cost as a reason to remain child-free.

Under the Bus presents the case that there's still a lot to be done for women and men to be on equal footing. Keep this post in your back pocket anytime someone tells you that working women have it just fine.