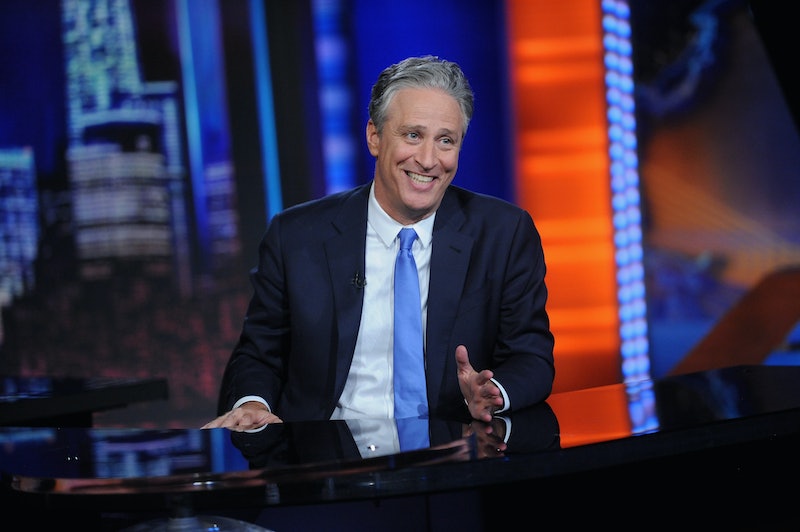 Now more than ever, as we all sort through an endless array of nostalgic Daily Show clip roundups and celebratory essays on one man's contributions to the news and pop culture worlds of this century, it is clear that the American public has always had a complicated relationship with Jon Stewart. Many have championed the Comedy Central fixture as a breath of fresh air within the hotbox that is contemporary politics, as a gallant knight charged with bearing down on the hypocrisy that reigns supreme throughout his small screen kingdom, as the most trusted proprietor of mainstream news offered by the American media, and as the voice of our generation. Many of us have fostered each of these images with gratitude and pride… despite the fact that Stewart has explicitly told us not to.

The host remained bashful during his final episode as host of The Daily Show, as his friend and protégée Stephen Colbert spoke on behalf of every past and present correspondent to pass through the Daily Show’s revolving doors and laid upon Stewart an ostensibly unscripted showcase of appreciation for everything he has done for his coworkers — and for the world. On the one hand, such can be assigned simply as a testament to Stewart’s emotional sensitivity in the wake of moving on from his 16-year homestead. But, in company with everything that Stewart has said of his own work and place in the culture, we can read this red-faced humility just the same as a suggestion that Stewart might not exactly believe everything that other people say about him.

This doesn’t sprout only from his reverence to the school of self-deprecating comedy, but of an ideological distrust for the sort of images that the public — and perhaps even his confidants — project upon him. Nothing could have better hammered this home than his choice for a final Camera 3 monologue: a call to arms against the ever-present enemy of bullsh*t. Doubling tacitly as a de facto mission statement for everything that Stewart has strived to accomplish over the past 16 years, the speech asked viewers to be vigilant in their detection of B.S. in the cover-up of the propagation of ignorance and evil.

These are no brainers. But even in the name of benevolence is bullsh*t something to look out for. Therein, do we find Stewart’s distaste for the pedestal that the world has put him on. Is it possible he worries about this, recognizing in the staunch devotion offered by his fan base the same selective vision too often afforded to dangerous political voices? He resents his designation as a newsman due to the fact that he willingly runs information through the filter of comedy; even when duly educational, his reports are fueled by an agenda. Granted, this is hardly much different from the behavior we observe in self-declared broadcast journalists, but what separates Stewart is the integrity to call out his own slants and infallibilities.

It is our inclination to bemoan the loss of Stewart, to declare his departure from The Daily Show the ending of an all-important era, to insist that we'll never have another one like him. But, Stewart has been very vocal about the fact that he doesn't want us to think this way. Not only as encouragement for our support of his successor, Trevor Noah, but as a reminder that no one person or institution should trump in reverence the ideas he, she, or it is meant to convey. We are free to cherish Stewart, and will likely all continue to do so — but what's more important to cherish are the values he helped to instill.

These values didn't start with him, they won't end with him, and they certainly shouldn't be overshadowed by him. That's exactly the kind of thing he'd call bulls**t on.