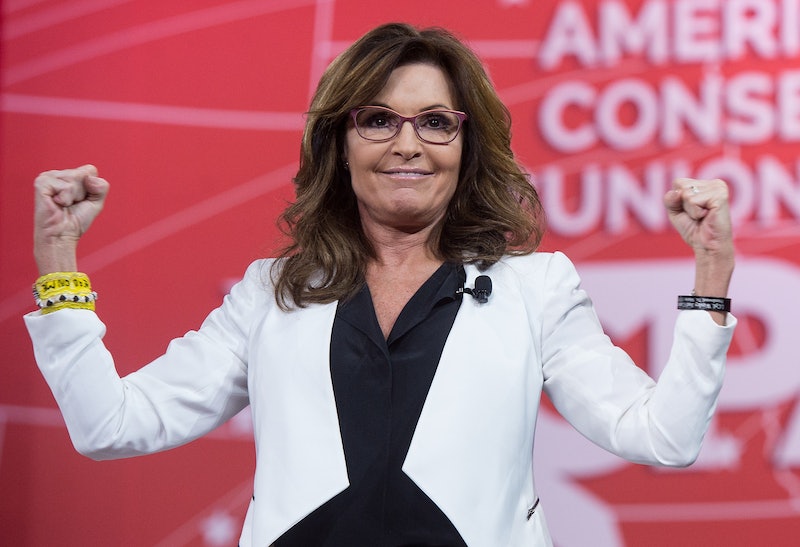 A lot of people don't want to say they're feminist because they don't want to affiliate with "radical feminism," or they don't want it to seem like they "hate men," or they think feminism is "too strong" a word. Then there are some people who are staunchly anti-feminist — they're either "men's rights activists" or they think feminists are actually "misandrists" who are trying to launch a matriarchy. But even some of the most well-known conservatives have had their feminist moments, even if they weren't completely aware of them, and a look at some of these feminist quotes from unexpected sources shows us as much.

But it is important not to perceive these quotes within a vacuum. Some of these sources have also said and done incredibly misogynistic things, from opposing abortions and access to birth control to perpetuating rape culture. At the same time, feminism is a learning process, and although some people refuse to explicitly identify as feminists, many of their words and actions say otherwise. After all, at the end of the day, feminism is about nothing more or less than equality; if it takes time for someone to openly identify as a feminist, it might just be that they don't feel like they completely understand the feminist movement yet. With that said, take these quotes with both a grain of salt and a dose of patience.

Women I know are smart, educated, intelligent, capable of doing anything anyone else can do. Our party stands for the recognition of the equality of women and the capacity of women. That's not a war on them, it's a war for them.

Don't be fooled, though — this quote comes from a statement in which Huckabee accuses Democrats of fighting for access to birth control because they think women "cannot control their libido or their reproductive system without the help of the government."

When men cut jobs, they're seen as decisive. When women do, they're vindictive.

Fiorina is frequently attacked for her administrative decisions on the basis of her gender, and this was how she chose to respond to some of those attacks back in 2006. Although Fiorina often sings the Republican Party's "don't let yourself be victimized" tune, she has also shut down Donald Trump's barrage of sexist commentary.

Let's give credit where credit is due, and let's salute women for their tremendous power, which most men are afraid to admit they have.

Let's be real; Trump is not a feminist. He has a history of making misogynist comments, and he is still firing back at Fox News' Megyn Kelly following last week's GOP debate. But in his 1997 book, The Art of the Comeback, Trump reveals some positive sentiments about working with women, and encourages other men to recognize their intelligence — while simultaneously calling certain women whiny, nagging, and weak, so don't get too excited.

But I have to admit a little bit of guilt there for not being able to jump on Hillary’s bandwagon, because I would so love to see a woman president. I think our nation is overdue there. So, I've said along, "Heck yeah, America's ready for a woman president."

Sarah Palin once said that she was a "pro-life feminist," meaning that she opposed abortion but viewed herself as a feminist in other regards. And despite being staunchly conservative, she has supported access to contraception, and after she endorsed John McCain in 2008, she expressed a mild discomfort with not being able to support a female candidate for the presidency.

Whether or not these openly conservative individuals identify as feminist, they've all said important things about women and feminism at one point or another during their careers. While these isolated quotes are certainly not enough of a reason to drop everything and bow down before "conservative feminism," they do at least remind us that it is important to listen to sentiments made outside the liberal vacuum.

More like this
How To Fight For Reproductive Rights, Based On How Much Time You Have
By Courtney Young
Sandra Bullock, Girlboss Extraordinaire
By Matt Harkins & Viviana Olen
The 'Hocus Pocus' Sequel Finally Has A Release Date & It Makes Total Sense
By Shannon Barbour and Radhika Menon
Manchester Arena Attack 5 Year Anniversary
By Ella Glover
Get Even More From Bustle — Sign Up For The Newsletter