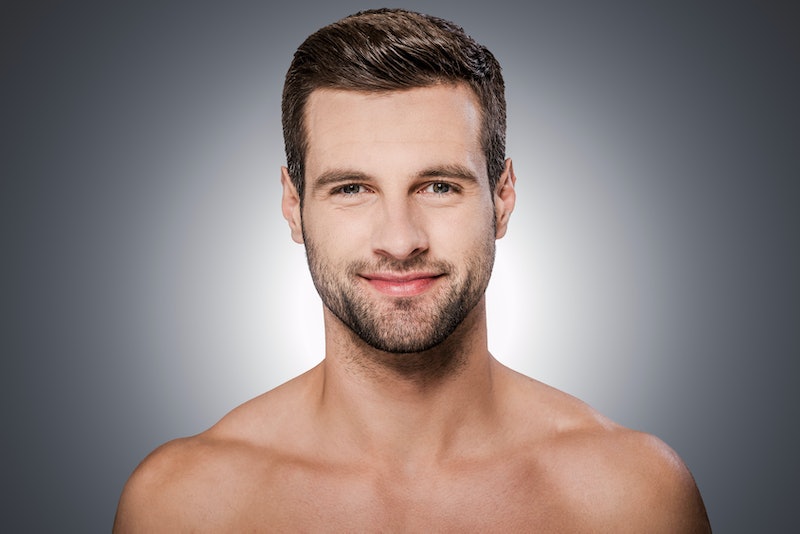 Although men’s nipples may be not be as sexualized as women’s nipples (just look at the Free the Nipple campaign), they have just as many nerves as women’s nipples. The only difference is our nipples are attached to our luscious breasts, and dudes didn’t get so lucky. But also similarly to women’s nipples, men’s nipples vary in sensitivity. Some men have crazy sensitive ones, while others are like, “Meh, whatever. It’s not my scene.” But while that may be the case, that doesn’t mean that men’s nipples should be totally ignored during foreplay and sex.

According to a 2011 study, nipple stimulation lights up the same part of the brain as genital stimulation, in both men and women. But because women’s nipples are more sexualized, for some men, nipple play might just not be their thing or they might even feel a bit standoffish about the idea of it. No worries! With a little attention, you can probably turn that thinking all the way around and you’ve got yourself a converted nipple man.

But exactly what should you do with his nipples? What is the best way to make him feel good or even easy him into nipple play if he’s new to it? Here are six things to do to his nipples.

1. Give Them A Few Introductory Kisses

You don’t want to jump the gun and go in for a long nipple bite that's liable to make your partner try to swat you away from his nipples as if you’re an erratic fly that’s a out of control. Instead, give them a few kisses, as you make your way down from his mouth and neck to his chest. If you play with his balls while you indulge in nipple play, you’ll really get things started.

2. Outline The Areola With Your Finger

When we think of nipples, we sometimes forget that the areola is a pretty sensitive region, too. If you lightly caress his nipples, with a focus on the areola, you’ll find that such a light touch will result in not just arousal, but goosebumps. You want to give him goosebumps along with an erection.

3. Lick And Suck Them A Bit

Men love to have their body parts licked. Using your tongue is a very sexual move, especially if you’re licking his nipples while looking him in the eye. You're showing that you’re not just enjoying what you’re doing, but that you want to make sure he’s enjoying it, too.

4. Nibble Them With Caution

Little nibbles can lead into biting and unless your partner tells you he wants his nipples bitten, you want to make sure that you don’t get carried away. There could also be the situation that he hasn’t experienced nipple stimulation before, so overdoing it will be less than pleasurable. You want to tread carefully, listen for feedback, and even ask him how it feels. If he communicates to you, either vocally or with a facial expression that suggests he's not 100 percent into it, then it’s best to move onto another part of his body.

5. Ice Them, Then Blow On Them

According to Cosmo, when you ice your partner’s nipples then blow on them with your warm breath, you can “send shock waves of bliss coursing through his body.” It’s all about an immediate shift in temperature that can really intensify that nipple situation for your partner, similarly to giving a blow job with ice in your mouth.

A guy who loves pain with his pleasure, is the man who’s really going to appreciate having his nipple squeezed, and probably hard, too. But, because sensitivity does vary greatly in men’s nipples, this is something you want to either discuss first or ease into. Nothing kills the mood more than when your partner begins to cry from pain, and not the fun type of pain. However, if he enjoys those rough squeezes, then it's time to break out the nipple clamps.