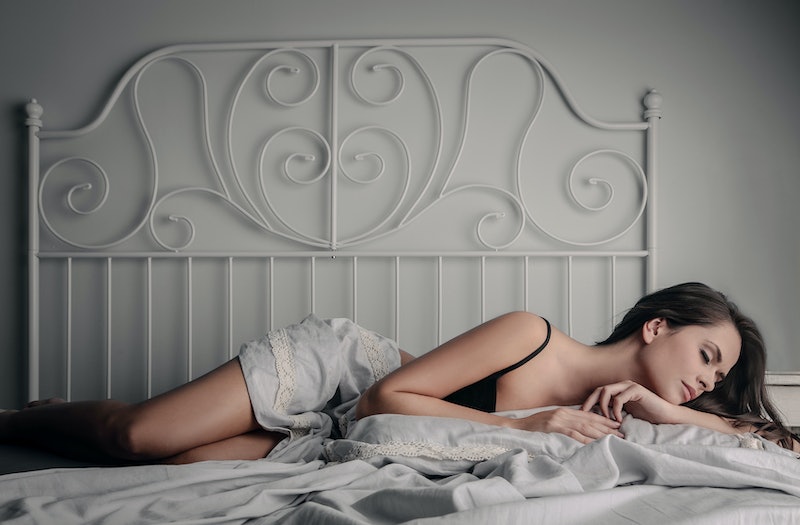 There's a lot of chat about the hunt for a better orgasm and obviously that's important. It's why I'm so happy that the orgasm gap is closing. But with all we know about how to have an orgasm, I don't think just having one is enough, you should also be able to have a good one. Some of us (myself included) suffer from 'dud' orgasms. Don't know what it is? You're lucky.

It basically means that every once in a while, for me it's maybe one in 10, you have an orgasm that is underwhelming to the point of being incredibly frustrating. I don't know the science behind it, but my friends and I agree it's a thing. All that buildup and anticipation, and then it's like, instead of a sneeze, it's a more of a cough, and you're sort of not sure if you had an orgasm at all. Not OK. We want to take your orgasm to the next level, or at least make damned sure you're having a good one every time. You need to find the formula that works for you, or mix it up enough that things stay interesting, and there are lots of different ways to make sure your orgasm is always over the top.

So here are seven sex acts for a better orgasm, because no one should have to have a dud in the bedroom:

A basic, but not to be left out. If you're looking to achieve a strong orgasm, or any orgasm at all, foreplay is your best friend. For one, if you're a lady, foreplay is one of the best way to guarantee clitoris stimulation, it's just easier during to play with it than during a lot of sexual position. And considering the clitoris has twice as many nerve endings as the penis, it's a pretty great way to get you moving towards the orgasms, or to have one before penetration even begins.

OK, foreplay doesn't just need to be you play around with each other. We all know that nobody knows your body better than you do, so sometimes a great way to achieve a super strong orgasm is to help yourself get there. That can always mean playing with yourself during intercourse (more on that later) but another option is, during the foreplay stages, to spend some time masturbating while your partner does the same. Not only do some of us find it a massive turn on, it means you can get yourself right to the threshold just how you like it, practically guaranteeing a super-strong orgasm when they put you over the edge.

Cowgirl position may be the key to having a mind-blowing orgasm. Not only did one study show that women were most likely to orgasm during girl on top, it allows for lots of other playing. If clit play or nipple play is key for you to have an extra intense orgasm, you or your partner will have the free hands to do it.

One of the best ways to achieve a better orgasm is to bring in the troops. And by troops, I mean vibrators. Or other toys. Let's face it, sex toys are no replacement for an actual sexual partner (yet) but they can provide stimulation that anatomy just doesn't allow. I'm not saying it should be all the time thing (although if you guys are into that, good for you) but occasionally adding sex toys into your sex life can take your orgasm to mind-blowing heights.

Along with using sex toys is finding the best positions to use them in, the best positions for just focusing on stimulation. Especially good for lesbian couples, and heterosexual ones, having one woman recline backwards provides ample access to play. According to Vanessa Marin if you lie “down on your back, propped up with some pillows. Put your feet flat on the bed. Your partner can crawl between your legs and focus all her attention on you. This position works well for almost any activity you can think of. Your partner can sit between your legs and finger you, or she can lay down on her stomach and go down on you. She can also use a vibrator on your clitoris or inside of you. Or she can don a strap-on and go for good ol’ missionary.”

It's not just for porno. I know that half the stuff you say can sound awkward or cringey outside of the bedroom, but during sex it works. How does it get you to a more intense orgasm? A lot of ways. It can make your fantasies a reality (no costumes necessary!) by saying what you want or what you've thought about. It also can be sure you're getting exactly what you want to push you over the edge, because you can direct each other to more intense orgasms. Plus, it can be used as encouraging. That's why Dr Steve Bodansky, author of Extended Massive Orgasm, tells Cosmopolitan that "it's crucial to give verbal rewards right from the get-go". Trust me, use your words.

We've talked a lot about the G-spot for improving vaginal orgasms, but that doesn't mean it needs to do all the work on its own. Dr Ava Cadell tells Cosmopolitan the potential intensity of mixing G-spot and clitoral stimulation to achieve orgasm. She claims that "having your clitoris and G-spot stroked, you mix the unique sensations of each peak into one, resulting in a longer, deeper experience".