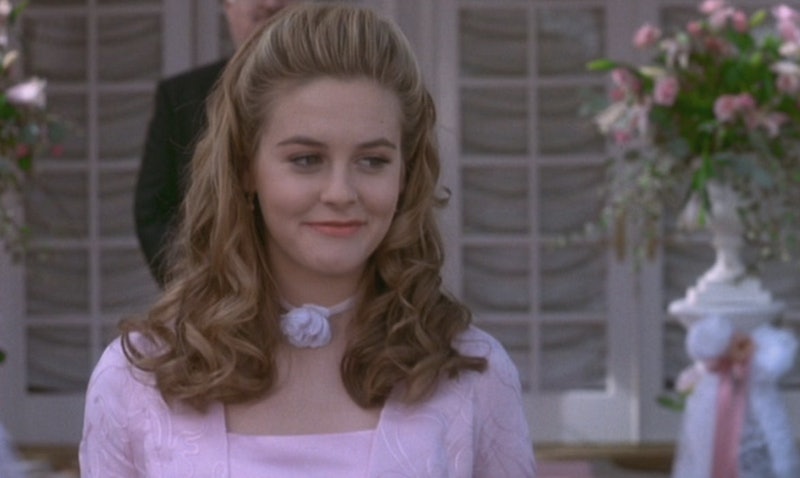 Cher Horowitz: A stereotypical ditz? As if! The heroine from the ‘90s classic Clueless is anything but another pretty face. I mean, sure, she’s pretty, but she also has a ton of qualities that make her so much more than that. She’s powerful and smart and has no problem standing up for what she believes in. I would even go as far as to say Cher Horowitz is a feminist hero. For the past two decades Cher has been mostly seen as a stereotypical valley girl, but there is clearly a lot more to this California girl than meets the eye.

Based on Jane Austen’s novel Emma, about a woman in the 19th century who is independent, kind-hearted, a little too nosy for her own good, Clueless was released in 1995 to wild acclaim. Mostly because of Cher Horowitz herself. Unlike many female lead roles in Hollywood, Cher appeared ditzy and dumb, but she was anything but. Underneath the facade of her perfect wardrobe and her inability to parallel park, was a women who looked out for other people’s best interests, who took care of her family, and who was an incredible friend.

Feminists come in all shapes and sizes, people, and these are just a few of the reasons why Cher clearly is one.

1. She Stands Up For Herself

Going around to each teacher and asking that they raise her grade? Sure, it’s manipulative, but it also shows that she has no fear when it comes to demanding what she wants and not apologizing for it.

That Haitian debate actually made sense! (If you can get over her atrocious pronunciation.)

3. She Doesn’t Settle For Less Than She Deserves

When it comes to dating, Cher refuses to stoop to the level of high school boys.

4. She’s Not Looking For Approval

She dresses for herself. Not for the attention of those slimy high school guys, that’s for sure.

5. She Doesn’t Care About Other People’s Sexual Standards

She’s a virgin and totally okay with that. It’s not a big deal, either. She’s not defined by her sexual status. She’s totally fine holding out for the right guy.

6. She’s Not Afraid To Wear What She Wants

When Cher goes out with Christian, her father thinks it looks like underwear. But Cher doesn’t feel the need to cover her body just because other people may sexualize and objectify it. “It’s a dress!” she says, and walks out of the house with a sheer cover up on over it.

7. She Has Awesome Female Friends

There is nothing catty about Cher. Or Clueless for that matter. The movie depicts women building each other up, not tearing each other down. And the friendships Cher has with Dionne and Tai are perfect examples of that.

8. She Isn't Ashamed Of Her Body

She has no problem telling Mr. Hall in front of her entire homeroom class that she is surfing the crimson wave. It’s her body and there is no reason to be ashamed of it.

9. She Takes Care Of Her Mind And Her Body