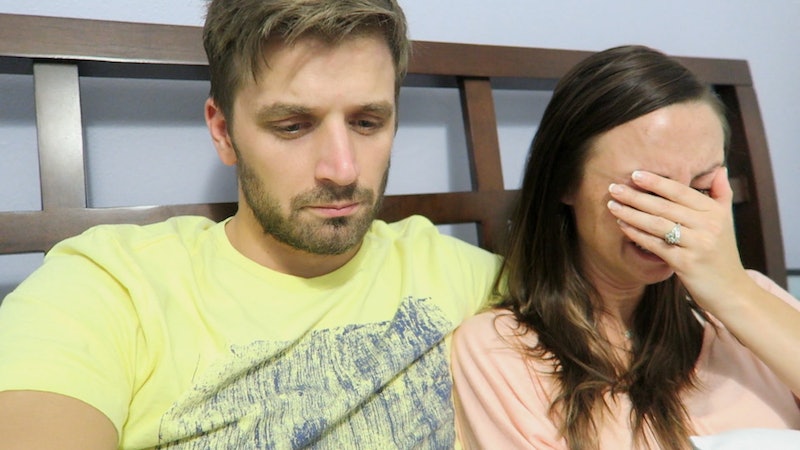 Last week, a video of a husband surprising his wife with a pregnancy announcement went viral, garnering over 11 million views in only five days. In a sad turn of events, however, on Saturday, the couple announced that she'd had a miscarriage. The emotional video, featuring vlogging duo Sam and Nia, will be painfully familiar to the many men and women who have been directly affected by miscarriage. Hopefully, their frank discussion of their experience will encourage more open conversations about this upsetting, too-little-discussed topic.

The tearful video stands in stark contrast to the couple’s earlier viral post. In that video, Sam surprised his wife, Nia, with her own positive pregnancy test, taken by secretly using urine left in their toilet. Both of them, along with their two small children, are ecstatic at the news, joyfully discussing how the new baby will fit into their household. Watching them announce Nia’s subsequent miscarriage in the followup video is a sad, blunt illustration of how completely and quickly life can change. Nia explains, “We were so happy, and we were just laughing … we were just so overjoyed, and it was like a huge celebration. And then it just — bam — it just hit us like a bomb.”

Miscarriages are very common. The Mayo Clinic estimates that they are how 10 to 20 percent of known pregnancies end (and that many more pregnancies miscarry before being known). But despite the fact that so many women will miscarry at some point in their lives, miscarriage remains a topic that often goes undiscussed, for fear of stigma or making others uncomfortable. Only a couple of weeks ago, Facebook cofounder Mark Zuckerberg wrote openly about his and his wife’s struggle through three miscarriages, and the necessity of welcoming more open and honest conversations about a topic that affects so many people. In a Facebook post, he explained,

It's a lonely experience. Most people don't discuss miscarriages because you worry your problems will distance you or reflect upon you — as if you're defective or did something to cause this. So you struggle on your own.

In today's open and connected world, discussing these issues doesn't distance us; it brings us together. It creates understanding and tolerance, and it gives us hope.

In their video, Sam and Nia suggest that, despite the pain of losing their baby, the experience has brought their family closer together. Nia remarks, "I've never experienced with Sam what I went through last night. We really, for the first time in our marriage and our relationship, grieved together." Sam adds, "Nia and I mourning together like this has made us stronger." Their video provides insight into an incredibly private moment in their lives, and one can only hope that it will help others who have faced similar situations feel less alone.

Bustle has reached out to Sam and Nia for comment and will update once we hear back.

Update: In the followup to this article, BuzzFeed News spoke to doctors who doubted the accuracy of Sam and Nia's story. The couple has still not responded to Bustle's request for comment.