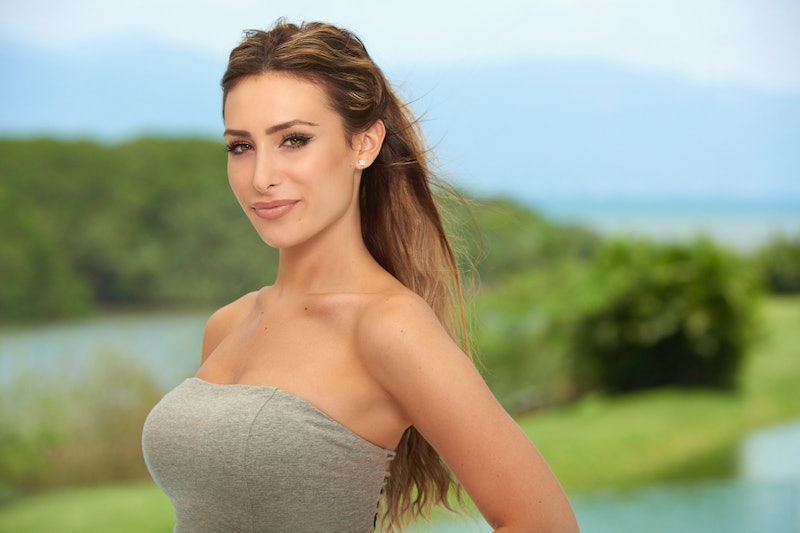 Throughout the first few episodes of Bachelor in Paradise I found myself most often wondering: Is that really what it's like to have a sister? That seems hilarious — no wait, that's terrible — no wait, hilarious again! My sibling-related questions were, of course, prompted by the incomparable Iaconetti sisters Ashley and Lauren. Unfortunately, such specific quandaries likely ran their course as of last night when Lauren decided to ditch her weeping sister in Mexico and roll her wheelie-suitcase through the sand and off the show. So, what has Lauren I. been up to since leaving Bachelor in Paradise? She's been pretty busy.

Apparently, Lauren came on Bachelor in Paradise already in love, a total no-no in the Bachelor-verse. But, before anyone had time to get dramatic about it, Lauren excused herself from the proceedings. She said that all she wants is love, and she's pretty sure she has it with the man back home who already has a girlfriend (and has seemingly had one for the entirety of whatever relationship he's had with Lauren). And now everyone is wondering... what happened? A quick scroll through her social media pages reveals all you'd want to know about the other half of the Iaconetti duo.

OK, I've calmed. It looks like Lauren has also been exposing jerks on Twitter, where she's much more, uh, open with her life than on Instagram.

Recovering With Her Sister

It looks like the occasional screaming match is par for the course in the Iaconetti bond because Lauren looks to have totally made up with her sister, and perhaps spent some time laugh-crying on the couch while they watch themselves on Bachelor in Paradise.

It's hard to tell from her social media presence if Lauren is still pursuing number-two status with a taken man, but one thing is crystal clear: She doesn't care what you thought about it when she opened that can of worms on TV, and she still doesn't care now.

Keeping Up With Her Mental Health

So, don't worry about Lauren... she's doing just fine (and knows how to ask for help x3 when she's not).