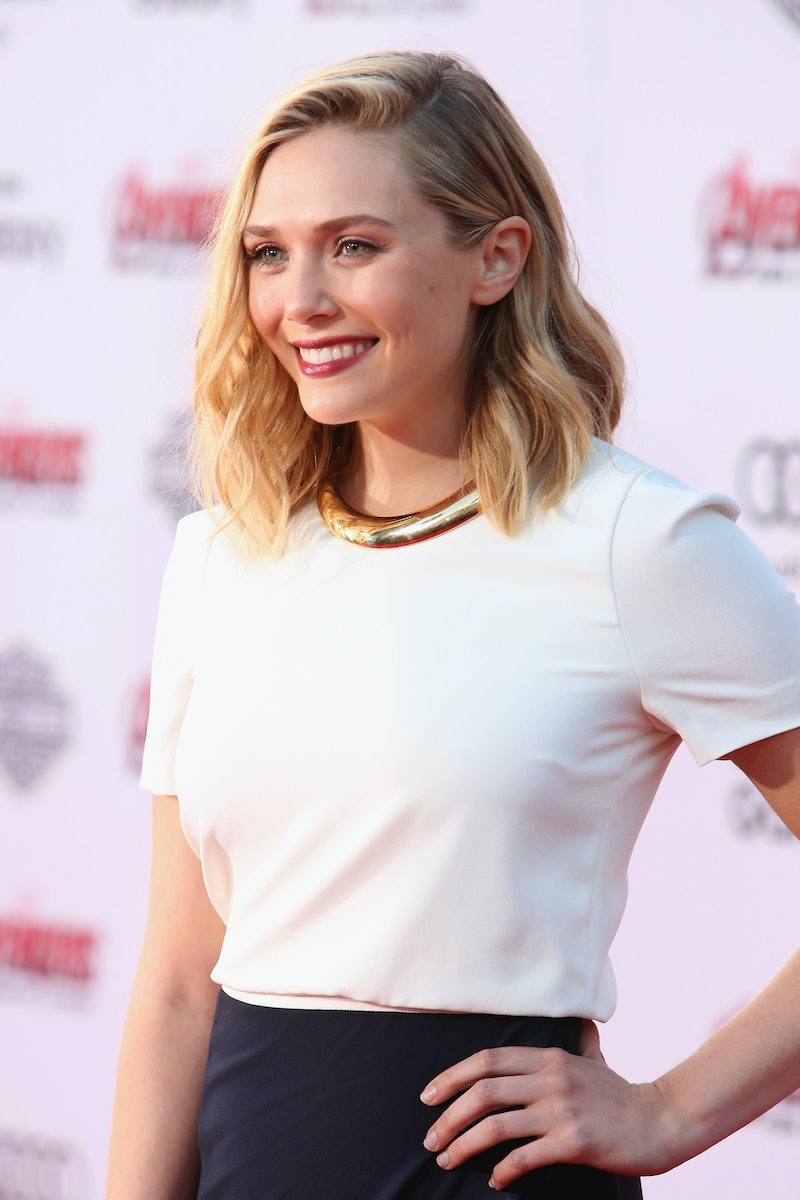 When it comes to celebrities, fans just have to know all about their personal lives, especially about their dating history. Who they once dated becomes even more dire information when a celeb is spotted with another famous face. For example, take Elizabeth Olsen and Tom Hiddleston. Ever since the rumors started swirling about the I Saw the Light co-stars getting all cozy and being all adorable while grabbing dinner, shippers of the couple and Hiddlestoners (aka Tom Hiddleston's biggest fans) are trying to learn as much as possible about the 26-year-old. Like, who did Elizabeth Olsen date before Tom Hiddleston?

To be clear, I won't be focusing on all those rumors of who Olsen might have dated, including Captain America 's Chris Evans or True Blood actor Alexander Skarsg å rd. When it comes to dating rumors, Olsen isn't big on commenting nor is she a fan. As she told ET Canada in February 2012, "I grew up knowing that everything that was written was fake and so I don't even read any of those things. So, for me it's just not part of my life. I don't want it to be part of my life." She then added, "The one time I make it part of my life and you have a conversation with someone, you're just like, 'Okay, well, I guess talking to people is not a [relationship].'" Plus, none of these so-called relationships have ever been confirmed, but just a whisper in the wind.

With that said, I will be detailing the Scarlet Witch's other serious and well-known relationships — or should I say relationship?

For three years, Olsen was with Boyd Holbrook (above). According to Us Weekly, the two met on the set of the 2013 film Very Good Girls, which also starred Dakota Fanning and Demi Moore. An insider told Us, "There was great chemistry there. She really likes him!" Then, in March 2014, Olsen and Holbrook got engaged. However, their engagement didn't last. In January 2015, it was reported that they split after three years together.

Ever since then, Mary-Kate and Ashley Olsen's younger sibling has been rumored to be dating many other actors, as mentioned above. However, unlike her relationship with Holbrook, the actress has remained very mum and low-key about her dating life. Heck, even she and Hiddleston have yet to comment about their status. They just like to leave of all us asking, "Are they or aren't they?"

And I can't really blame Olsen for not wanting to discuss her personal life. It has to be hard enough being in the spotlight all the time. I can only imagine how infuriating it is when you step out with a friend and he is immediately titled your "boyfriend."