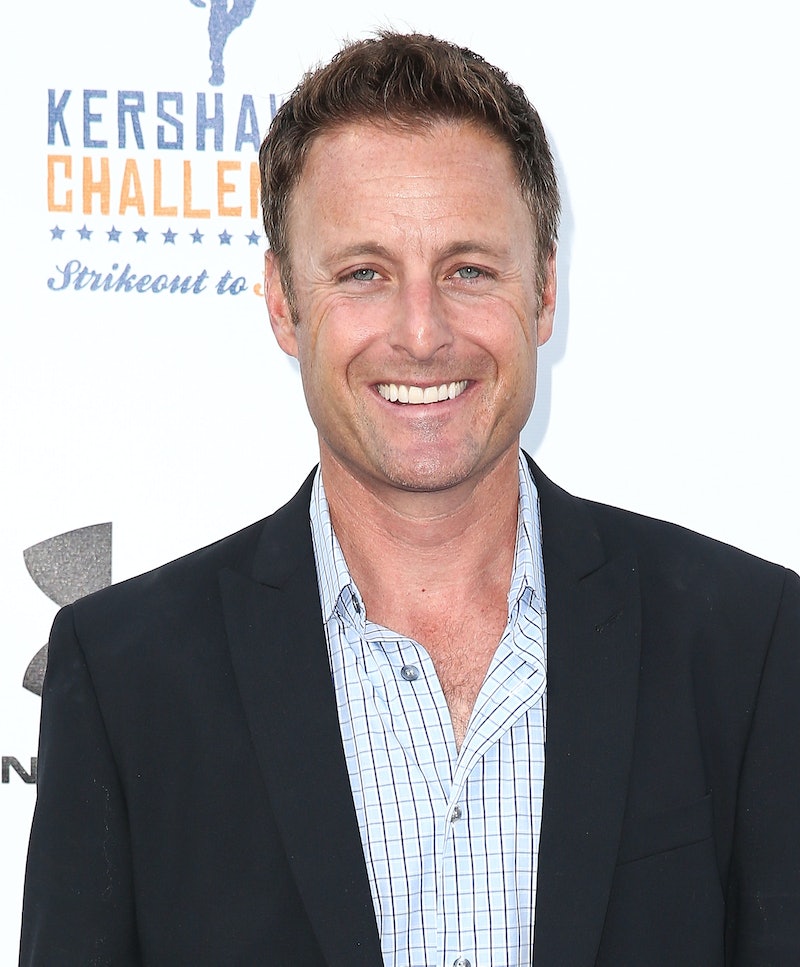 When considering the important players in the Bachelor franchise, you can't forget about the one constant element that's been there since the beginning. And, I'm not talking about dozens of women crying on camera: I'm talking about host Chris Harrison. But, after all of those seasons of The Bachelor, The Bachelorette, and now Bachelor in Paradise, what's Chris Harrison's net worth? He's been able to amass an incredible amount of wealth considering his biggest claim to fame is announcing that this is "Bachelor history," but you got to give ABC their props for cutting in the man who's the face of the operation for a good chunk of the show's profits. Harrison is worth somewhere between $10 and $15.5 million (depending on if you ask Heavy.com or TheRichest). That's enough to make anyone want to run away and join the TV host circus.

But, hosting The Bachelor isn't the only thing Chris Harrison has done. Yes, believe it or not, the host has more to his career and his success than just that... even if that's still the main reason to know and love him. But, just think back to Chris Soules' Bachelor season, when Harrison revealed that he was working on a novel. (A novel that is the perfect companion piece to The Bachelor — cheesy, hopelessly romantic, and a calculated attempt to rope in already-hooked fans.)

In addition to writing The Perfect Letter, Harrison has taken on other hosting duties. He's hosted the Miss America pageant for the past few years, and just took over for Terry Crews as the host of Who Wants to Be a Millionaire for the upcoming 2015-2016 season. And, Harrison has hosted a whole bunch of other reality shows too, including Hollywood 411, Designer's Challenge, and Mall Masters. So, there's more to Chris Harrison that just The Bachelor... even though that's the way he primarily built his wealth. But, his personal life has also been influenced by his incredible success as a host.

Chris Harrison has always been an invaluable part of The Bachelor and all of its spinoffs, and he's been well compensated for his role in 20+ seasons. And, with his net worth of tens of millions, the financial security seems to have allowed Harrison to pursue his unexpected dreams, like becoming a romance novelist in the vein of Nicholas Sparks.