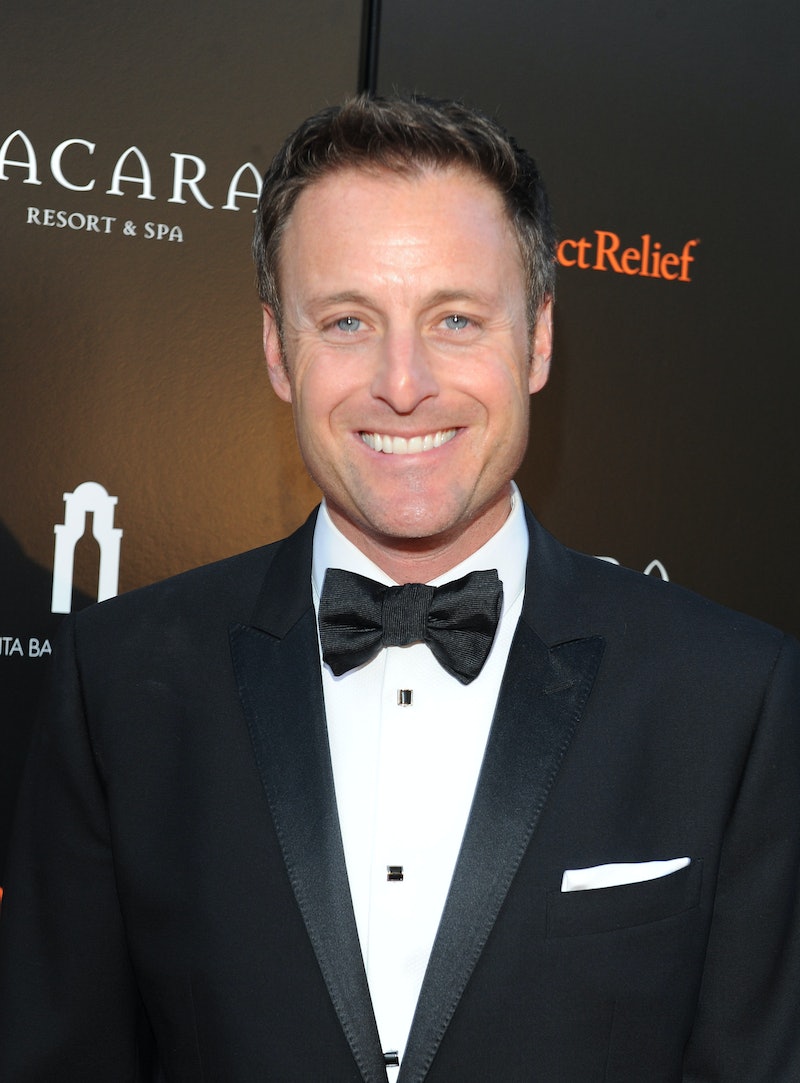 At the end of a season, there's always a lot of debate amongst fans about who should be the next Bachelor. But there's one guy that I'm pretty sure all of America would unanimously support in his journey, and that's the host of the show. Chris Harrison would be the perfect Bachelor — except, unfortunately, he doesn't want the role. Still, that's not going to stop me from dreaming.

Harrison has hosted the show since its inception in 2002. During most of that time he was married to his college sweetheart Gwen. But then, in 2012, Harrison and Gwen announced their divorce, and, ever since, I've wished he'd give his own show a spin. It'd be so sweet to watch the host find love on his own show. But Harrison is just not interested.

"The Bachelor has been my baby for 13 years, and I love hosting it. I’m a student of the game," Harrison said in an interview. "[But] you really have to give yourself up to the producers and this ride, and there’s no way in hell I could do that. Not only do I know how the sausage is made, but I have [helped] make it, so..."

So it doesn't look like we'll be getting The Most Dramatic Season With The Most Unlikely Bachelor Ever any time soon. But, just in case, here are all the reasons Chris Harrison would be the best Bachelor.

You don't get to be the host of a reality show for 13 years if you can't deal out some sass.

While he is funny, he also has a sensitive side, and he truly believes in love. Harrison was just as sad about Andi and Josh's breakup as fans were. To bring that balance of sincerity and hilarity would ensure a great show.

He Knows When to Keep His Mouth Shut

For years he's spent time with some of the most-dramatic, most-hated, most-annoying people on the show, but he very rarely cracks and says something mean to (or about) them. He was classy when interviewing Kelsey Poe, he endlessly put up with Juan Pablo, and he rarely lets his own opinion of people get in the way. He'd probably never put his foot in his mouth like Chris Soules did (repeatedly). Instead, Harrison would just wait until the rose ceremony and send the offending ladies home in a classy, respectful way. He's not about getting involved in the drama.

He'd See Right Through the BS

After years of watching the drama from the sidelines, he'd be able to spot a troublemaker a mile away. So much for those who aren't there for "the right reasons!"

He'd Change Up the Show

Who says love is only for muscled 20-somethings? Harrison's second chance at love would be more authentic and honest, and less about bikini bodies and abs.

Instead of a cast of 20-somethings, ABC could fill the show with 30 to 40 year olds. We know from The Real Housewives that ladies get no less dramatic as they age. It would be all kinds of fun to watch.

We'd Get to Know Chris Better

Even though I've been watching the show for years, I don't know a lot about the host. He's always there to guide the Bachelor/Bachelorette, and, as such, doesn't make the show about himself. But I'd like to get to know more about him, and this show would be the perfect opportunity to bond with the man who we've been watching all this time.

They Could Bring Ashley S. Back

The only person who loves Ashley S. more than Anna Kendrick is Chris Harrison. Maybe she could come back as a contestant, or the show's new love guru! The possibilities are as endless as the layers of an onion.

Harrison's job would be up for grabs if he took the Bachelor slot, so Kimmel could easily fill in. He's already done it before and it was hilarious. I'm telling you, Chris Harrison for The Bachelor would be the best, most dramatic season ever. Now the only person who needs to get on board is the man himself.