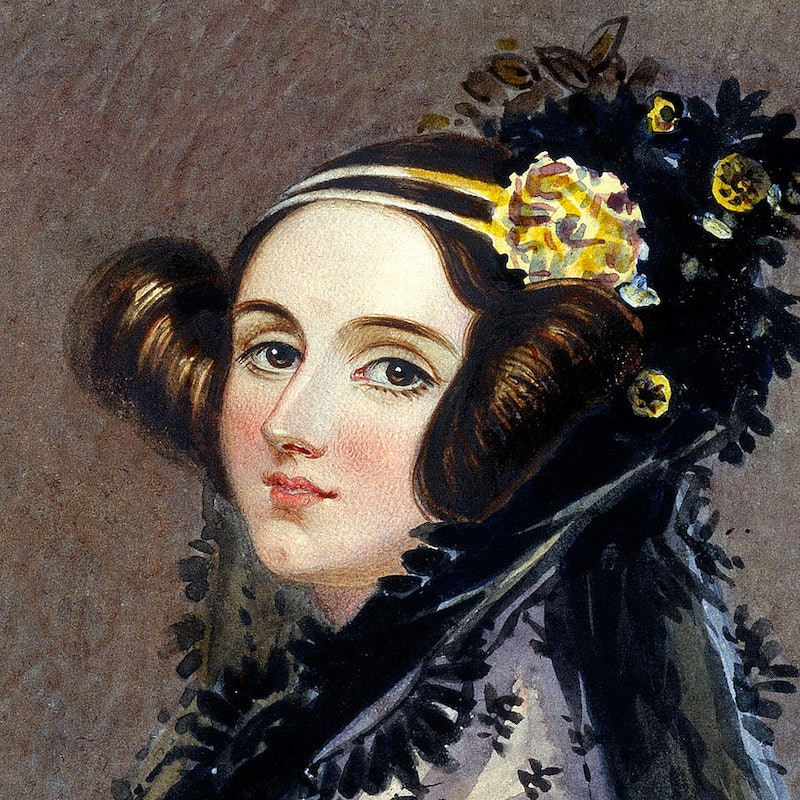 If you were given an either/or question asking you who invented something like the medical syringe or the fire escape, what would you say? Would you pick the option who was an actual woman? Or would you pick the option that was a fictional male? Most of us would probably like to say we'd choose the actual woman... but if this #HerStoryIsHistory video from MAKERS is anything to go by, that might not be the case.

The MAKERS team to took the streets of New York to ask random people on the street who they thought created a whole bunch of valuable inventions, without which our world definitely wouldn't be the place it is today. For each invention, the participants were given two choices of inventors: The real woman responsible for it, and a fictional dude — and rather dishearteningly, we see person after person picking the male, even though they were all well-known characters from popular movies and television shows.

While it's true that the video only features a few people and a few intentions, it becomes even more troubling when we look at it within the larger context of women being erased from history. Countless men have been given the credit for inventions created by women over the years, especially when it comes to STEM fields: Rosalind Franklin discovered the double helix DNA structure, only to have Francis Crick and James D. Watson nab the credit for it; Joceleyn Bell Burnell discovered pulsars as a graduate student at Cambridge University, only to have the Nobel Prize for the discovery go to her supervisor, Anthony Hewish, and another radio astronomer, Martin Ryle; and, as the Huffington Post pointed out in January of 2015, this erasure of women is still happening today in everything from politics to entertainment.

The kicker of the MAKERS video? When most of the participants were asked where they learned about these inventions, they said that they definitely hadn't studied them in school; instead, they said they'd picked them up on the Internet. Don't get me wrong, the Internet can be a terrific learning tool — but only if we vet where the information is coming from. And, more importantly, why the heck aren't we teaching kids about who actually invented these things in school?

So here — let's take a second to test our own knowledge with four examples from MAKERS' video. Since you already know the premise, it'll probably be pretty easy for you to pick the right answer — but imagine if you were given this as a pop quiz with no context. How do you think you would do?

Scroll down to watch the full video.

Who invented it: Letitia Geer or Dr. Peter Venkman?

Answer: Letitia Geer, who was granted a patent in 1899 for a hand syringe with “the combination of a cylinder, piston, and an operating-rod which is bent upon itself to form a smooth and rigid arm terminating in a handle, which, in its extreme positions, is located within reach of the figers of the hand which holds the cylinder.” While it's true that other types of syringes existed before this one, Geer's invention is functionally the same syringe used today. Peter Venkman, meanwhile, is the name of Bill Murray's character in Ghostbusters.

Who invented it: Hedy Lamarr or Steven Rogers?

Answer: Hedy Lamarr. She wasn't just an actress; she was also a science enthusiast who, with the help of composer George Antheil, developed a frequency-hopping system that could jam the communication controlling radio-controlled torpedoes, sending them off course (just, y'know, not the kind of torpedo seen here, because that one is from Star Trek). She and Antheil were granted the patent in 1942; the technology was adopted by the U.S. Navy in the 1960s; and today, we can see the influence of her invention in things like Wi-Fi and Bluetooth technology. Steve Rogers is Captain America.

Who invented it: Stephanie Kwolek or Dexter Morgan?

Answer: Stephanie Kwolek, who invented Kevlar in 1964 while attempting to create a lightweight fiber that was still strong enough to be used in tires. She later sold the patent to DuPont, where she had been working at the time. Dexter Morgan is the titular serial killer of Jeff Lindsay's novel series beginning with Darkly Dreaming Dexter, which was later adapted into the Showtime program Dexter starring Michael C. Hall.

Who invented it: Ada Lovelace or Dr. Emmett Brown?

Answer: Ada Lovelace. We've talked about Lovelace a few times in the past here at Bustle, but in case you need a refresher, she was a mathematician who is also credited with developing the very first computer program — a machine algorithm. Because she made this innovation in the 1840s, her algorithm existed only on paper; however, it was essential for the later development of actual computing machines and software. Emmett Brown, on the other hand, is Christopher Lloyd's character in the Back to the Future series.

Head on over to the MAKERS website to watch the full video.