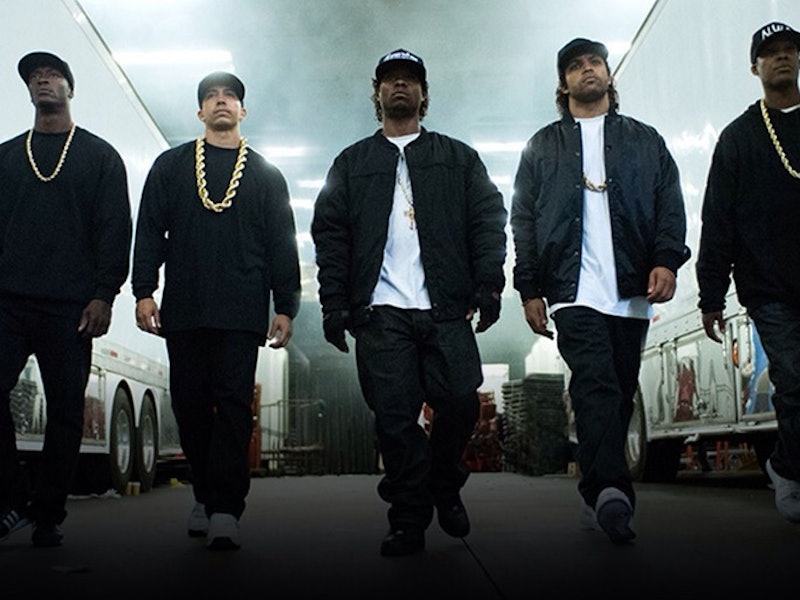 The latest music biopic to give some insight into the private lives of near mythical artists is Straight Outta Compton , the F. Gary Gray film that dramatizes N.W.A.'s rise to the top and subsequent implosion. Like the best Behind The Music episodes, the film will hopefully provide the context to help new fans understand the insane impact that the group had on hip-hop and the music business. This is the group that essentially invented Gangsta Rap, and used their real-life experiences in their rhymes to let America know about the violence they and their communities were dealing with every day. The original members of the group include Ice Cube and Dr. Dre, plus Eazy-E, MC Ren, Arabian Prince, and DJ Yella. Eazy-E passed away at the age of 31 due to complications from AIDS; his colleagues went on to varied careers both in and out of the music industry. But by far, the most intriguing life development was DJ Yella's. What happened to DJ Yella, you ask? Well, he became a prolific producer of pornography.

DJ Yella (born Antoine Carraby) also pitched in with Dre and Arabian Prince to produce Eazy-E's 1988 solo album. Once recruited into N.W.A., he produced their three full-length albums, as well. And that behind-the-scenes role was one that DJ Yella preferred. He told The Daily Beast, "You know, I wasn’t a rapper, never wanted to be a rapper. That wasn’t my style. I like being quiet and just having fun.”

After N.W.A. faded into music history, DJ Yella stayed at Ruthless Records for a while to work on other artists' music, but eventually moved into a different kind of producing. His interests at the time lay in two places, and he was content with it. When asked about the sexual exploits portrayed in the movie, DJ Yella answered, "I mean, yes, there was music and women. That was my life! There wasn’t money."