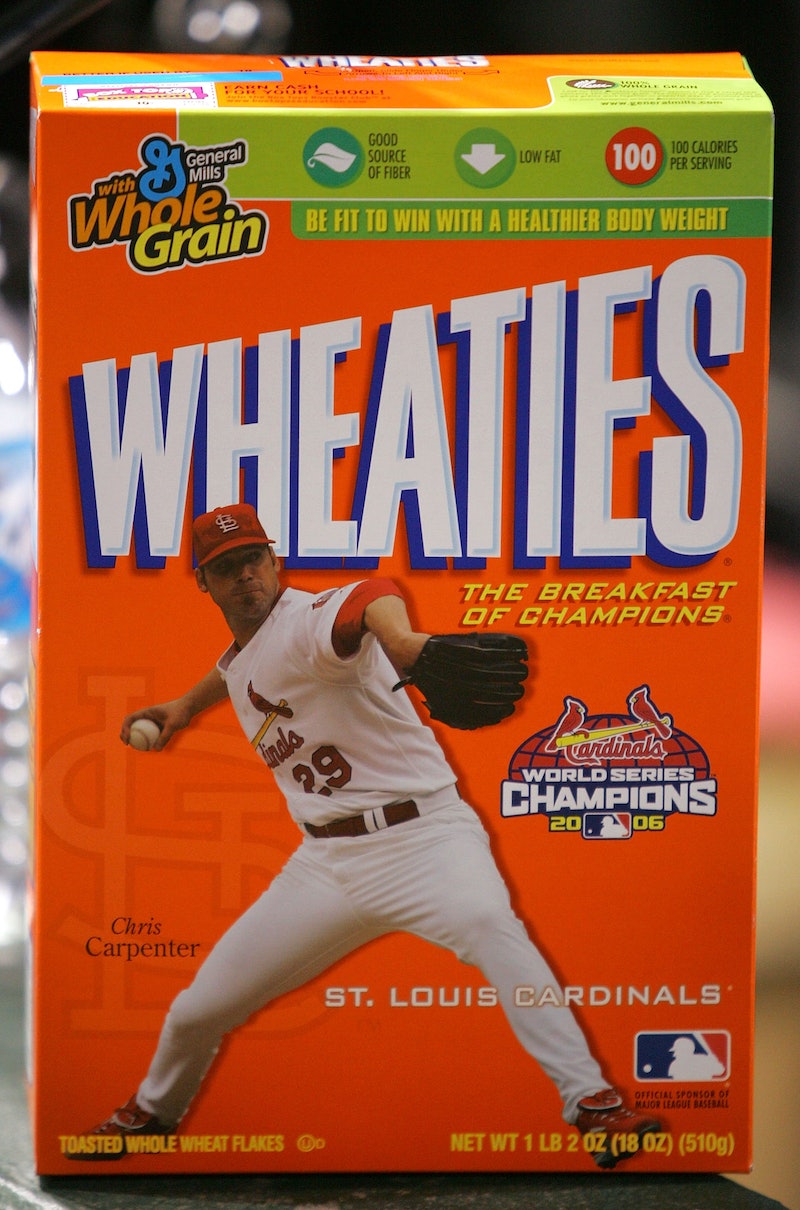 If your morning has been missing a little something-something lately, boy oh boy do I have some good news for you. An unholy union has been made between the Minneapolis-based Fulton Brewery and everyone's favorite athlete-endorsed cereal company Wheaties, and the partnership has produced... wait for it... HefeWheaties Beer! And no, you can't stop me from making an obligatory "Breakfast of Champions" joke here. I'm allowed at least one bad joke per article. (Wait, does that count as my "Breakfast of Champions" joke? Dang it. Fine, you guys are off the hook... for now.)

The strange concoction is particularly baffling considering it combines two things that are great on their own, but quickly lose their magic when put together. Fact: Beer is delicious! Wheaties, on the other hand are... well, they're not exactly delicious, but they're good for you! Wheaties beer, on the other hand, sounds like the pipe dream of a hungover fraternity brother on Monday morning.

Despite the inherent weirdness of the idea, though, the pairing is strangely logical when you think about it — at least, it is according to Fulton Brewery president and co-founder Ryan Petz. "The beer and the cereal both started from the same place in terms of raw ingredients and the same city," Petz wrote in a General Mills blog post.

The beer in question? That would be Hefeweizen, which is typically brewed from more malted wheat than barely. Wheaties, as you can glean from its name (and probably know from childhood), is made of a bunch of wheat and sugar. To clarify, Wheaties won't actually be in the beer, but HefeWheaties will consist of malted wheat, malted barley, and hops from the U.S., Australia, and Germany, as well as a special American yeast.

Wondering when you can get your paws on some HefeWheaties? According to Advertising Age, it will finally be available starting on Aug. 26, but only in Minnesota (presumably as a consolation for living in Minnesota). For those of us outside the Midwest, though, don't lose hope! You can fill the Wheaties-shaped hole in your liver with these other food-themed beers.

Will the Sriracha craze never end? Considering beer is just one of the many, many (seriously, so many ) products flavored with everyone's favorite tear-inducing hot sauce, so... probably not.

Yes, you read that correctly. BEN & JERRY'S BEER, PEOPLE. Earlier this year, the ice cream company teamed up with the New Belgium Brewing company to create a Salted Caramel Brownie Brown Ale. And if that doesn't make you want to funnel beer into your mouth with one hand and shovel in ice cream with the other, then I don't know what to tell you.

If ice cream isn't your thing (you heathen), surely banana bread beer is. At just 5.20% ABV, you'd probably have to drink quite a few of these to get tipsy. Oh, darn.

GIRL. SCOUT. COOKIE. BEER. As in, BEER THAT TASTES LIKE THIN MINTS (kind of). Need I say more?

There are so many things going on with Terrapin's Imperial Stout, I don't even know where to start. The beer is flavored with coffee and cinnamon to create "breakfast in a glass," although I'm pretty sure you're allowed to drink it at any time of day. I know I most definitely will.