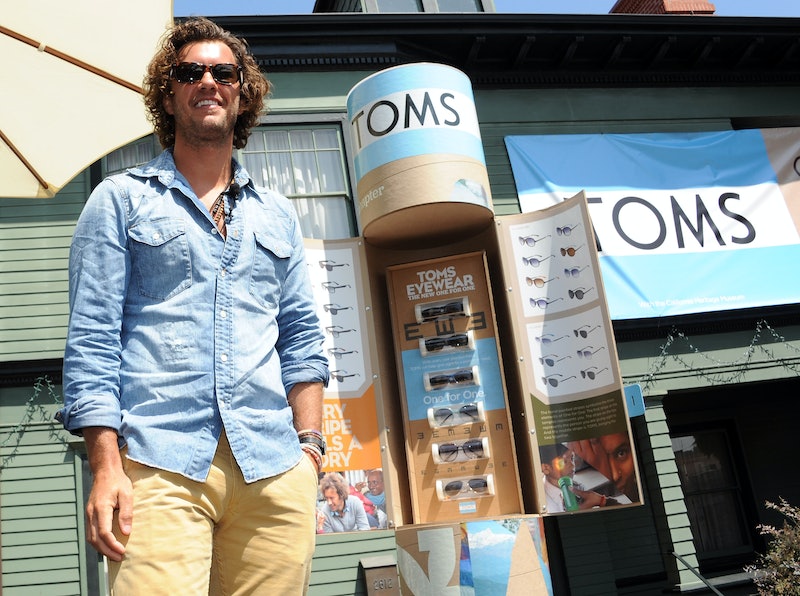 Something sketchy is afoot at Google. The company’s “Don’t be Evil” motto is failing, some say, due to Google’s new investment in the American Legislative Exchange Council (ALEC). Why? Because ALEC is downright right-wing.

Among its benefactors is conservative Texas Senator Ted Cruz, who led the effort to damage Obamacare and helped drive the government shutdown this fall. (According to the U.S. News and World Report, Cruz received $13,500 in funding from Google.) Now, ALEC has lost support from many major companies over support of “stand your ground” laws, like the one that was used as a defense in the Trayvon Martin case. But Google just joined ALEC's ranks.

"Google should Google ALEC’s agenda. Funding right-wing extremists at ALEC is a guaranteed way for Google to undermine its own admirable clean-energy goals. It’s like building a new house only to set it on fire after defunding the fire department," said the Sierra Club's executive director, Michael Brune. This year, Google also supported the conservative think tank Heritage Action, which helped spur the government shutdown. Looks like it's not just Barilla we have to worry about.

All this goes to show that liberal darling companies might not actually put their money where their users would prefer. Below are five other companies whose products many of us use every day —and their donation and activist records.

The notoriously do-gooder charity's founder Blake Mycoskie made headlines in 2011 when he spoke at an event for the controversial Focus on the Family. Though it's not the anti-gay hate group the Family Research Council, which hosted the event, Focus on Family still espouses anti-choice and anti-equality views. Mycoskie quickly apologized after the incident came to light, saying that he didn't know about the organization's views when he agreed to speak there:

So there is no misunderstanding created by this mistake, let me clearly state that both TOMS, and I as the founder, are passionate believers in equal human and civil rights for all. That belief is a core value of the company and of which we are most proud.

Of course, that might actually be the least harm he's done. Some critics say that providing free shoes to in-need communities actually hurts other parts of those communities; like the local shoe makers who need to make a living selling their own wares. (So much for a guilt-free shopping experience.) On the bright side, the company is actually responding to critics and is moving its production to in-need countries to provide jobs.

Apple's new CEO, Tim Cook, said that Apple donated over $50 million to Stanford University hospitals — a favorite cause of founder Steve Jobs as well — and another $50 million to the anti-AIDS campaign (Product)RED. But the RED campaign was apparently about as efficient as the NFL breast cancer charity — that is, not efficient at all.

In 2007, The Global Fund, a public/private partnership to fight HIV and AIDS, reported that less than two percent of its budget came from the (Product)RED campaign. What's more, that campaign's money didn't go to the most high-need areas; rather, it was earmarked for programs with proven success records. A disputed article in Advertising Age said that RED companies spent a total of over $100 million on advertising while raising only $18 million for the cause, the clear implication being that the money would have better been spent as a direct donation.

The coffee chain earned the ire of some conservative groups after endorsing same-sex marriage and naming equality a company value. The Dump Starbucks campaign was born:

Starbucks also used its resources to participate in a legal case seeking to overturn a federal law declaring marriage as the union of one man and one woman. In many areas of the world where Starbucks does business, the concept of 'gay marriage' is unheard of and deeply offensive to cultural, moral and religious values.

Everyone's favorite coffee shop (because it's so better than your local one) didn't back down.

In 2013, the corporation got political again when they asked costumers to sign an anti-shutdown pledge and "Come Together" during the federal shutdown fiasco. The petition "ask[ed] lawmakers to reopen the government, pay the nation’s debts on time, and pass a long-term spending bill by the end of this year." And after the navy yard shootings, CEO Howard Schultz asked that costumers leave their guns at home when coming in for a coffee.

After years of being lambasted for a lack of corporate giving, Amazon kinda sorta changed its tune earlier this year by announcing the AmazonSmile way to give back. Through this initiative, users will be able designate a charity to receive 0.5 of what they spend on Amazon, and the corporation will donate the money on behalf of its customers. But of course, there are more exceptions that we initially thought. From the company:

Digital-media products such as Kindle e-books won’t be eligible for the program, although that could change, McAllister said. Purchases made through Amazon’s subscribe-and-save subscription program are also ineligible. There will be no cap on donation amount.The program will only be available to shoppers who visit Amazon via a special Web address — smile.amazon.com — instead of the normal Amazon.com homepage.

Facebook has been at the center of a number of charitable giving stories, including the $200,000 it gave out to 42 non-profits in the Palo Alto area at the start of 2013. The Facebook Local Community Fund plans to give out $3,000-$5,000 grants to non-profits annually. The tech company hopes to raise the bar and urge others to give more. "Part of being a good neighbor to our local community is supporting the organizations that are working hard to improve it," Facebook spokesman Tucker Bounds wrote.