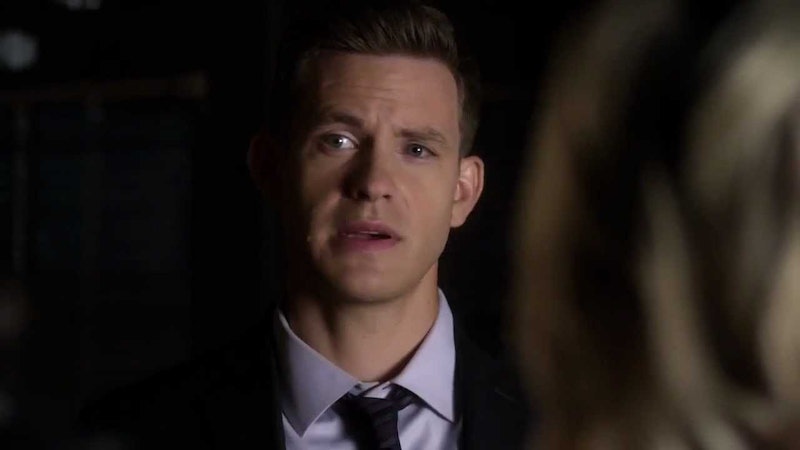 It finally happened: Pretty Little Liars revealed who the show's elusive stalker really was, and to say that some people were baffled would be an understatement. As finally revealed in the Season 6A finale, CeCe Drake is Pretty Little Liars' Big A. The whole story is pretty wild, which is why some fans are suspecting that Wilden would have been a better Big A than CeCe. But, would Detective Wilden being revealed as the show's big bad have made more sense than CeCe?

I'm not sure if it would have made more sense, but it's certainly a theory that would have held up — even though, yes, Wilden did die back in Season 4. There were a lot of hints that Wilden was the culprit leading up to the reveal, so much so that some fans were convinced that it was Wilden who was the person behind the hoodie all along — and though CeCe was revealed as this person, certain clues do point to Wilden as an equally good choice for the show's villain.

Here's why Wilden would have made sense — if not more sense — than Cece:

He Was A Prime Suspect For Beach Hottie

Ah, the saga of Beach Hottie. We never found out the identity of Beach Hottie, but we do know that Ali thought she was pregnant with his baby the summer she vacationed with CeCe in Cape May. For Beach Hottie to be A — and for it to be Wilden — would make things a whole lot less confusing. A's fascination with Ali seemed almost romantic at times, and while CeCe did sort-of/kind-of date Jason, she definitely wasn't into either of her siblings "like that." If Wilden was both Beach Hottie and Big A, we would likely be operating under the conditions that Big A wasn't biologically related to Ali — which would have made what really did happen with CeCe and Jason a whole lot less creepy even if CeCe was still A.

He Had A Personal Connection With The Liars

One of the main arguments against CeCe being A was that she didn't have a very personal connection the liars. Wilden has always been after the girls, seemingly for no reason. If he was A and in love with Ali (or obsessed with her as her brother) it would make sense with how he treated them outside of the hoodie.

He Was Capable Of Murder And Manipulation

RIP, Garrett. Not only was Wilden a terrible cop, he was also a flat-out murderer who manipulated Melissa into helping him with his dirty work — which included offing Garrett. Definite A material.

He's Connected To Jenna, Who Is Still Shady

Sadly, the A storyline didn't wrap up how Jenna might be involved with this whole thing — if she even is. But that doesn't mean we should discount every single shady thing that Jenna has ever said or done. We know that Wilden and Jenna were pals, and it seems that it was more than just friendship that kept them close. These two always seemed like they had a secret, and the fact that it wasn't A-related is pretty disappointing.

Someone tried to attack Ali on the night of this party dressed in the baby face mask, and it seemed like that person would be a great contender for A. Wilden was there, but where was CeCe? Likely locked up in Radley.

Does this make Wilden a more obvious suspect for A? Honestly, it seems like so many people could have gotten the honors of being crowned the show's Big Bad, and there's enough evidence to support almost anyone's case. Maybe we shouldn't look at these facts as complete red herrings: someone else is after Ali in Season 6B, and it could very well be connected to Wilden's side of the story.

For even more PLL, check out Bustle's very own podcast, Taking This One To The Grave:

More like this
Everything To Know About The 'Pretty Little Liars' Reboot On HBO Max
By Mary Kate McGrath and Jack Irvin
What’s New On Netflix: 'Stranger Things' & 'Mean Girls'
By Arya Roshanian
At 14, Kate Berlant Had A Wheelie Backpack & One Line In 'Lizzie McGuire'
By Samantha Rollins
James Marsden Kept Teddy’s Westworld Season 4 Return A Secret “For Years”
By Brad Witter
Get Even More From Bustle — Sign Up For The Newsletter