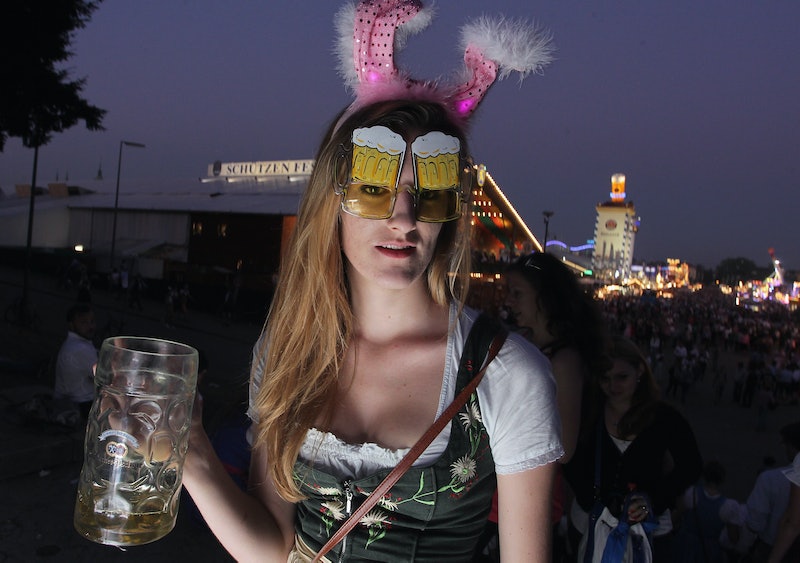 In a guest column at The Guardian , sex writer "Girl on the Net" tackles the complaint that women hold more sexual power because they can "get sex whenever they want." You've probably heard guys whine about how unfair it is that a woman could just "walk into a bar" and get laid while men face much less assured odds when trying to lure strangers into sex. Girl on the Net disputes this sex myth on several grounds:

First, and most obviously, it is not universally true. There are women (and I am one of them) who have walked up to guys in bars, asked them for sex, and been flat-out refused. ... Second, not only does the bar example prop up unhelpful stereotypes about men (that they always want sex, because biology and testosterone and grrr), it also drives a hammer-blow into the self-esteem of any woman who has been turned down for a casual shag. Claiming that women can get sex just by clicking their fingers sets horny women up for a lifetime of disappointment, and gives men a reputation they can never possibly live up to.

But what if we concede that, in general, it is much easier for a woman seeking casual sex to find a man willing than when the genders are reversed? It doesn't amount to much in the way of a good sexual bargain for women, she argues.

"Although the bar example seems to show women in a very privileged and powerful position – the ones who hold the keys to the sexual kingdom, if you like – what is actually on offer is a very limited type of sex: casual, quick, no-strings-attached sex with a stranger. This is problematic, because even if we accept the "women can easily get sex" proposition as true, we're not saying that women can fullfil their sexual needs easily, only that women can have this specific type of sex easily."

No matter if the sex isn't great, a man entering into a casual sexual encounter is likely to get off. For women, sexual fulfillment is much less guaranteed, and meanwhile the risks are higher. Women may well be able to walk into a bar (or log into an app) and find willing sexual partners more easily than men, but it's not really that great of a privilege (nor does the fact that more women aren't jumping at the opportunity say anything about levels of female sexual desire). As Girl on the Net concludes, attempting to draw conclusions about women and sex "based on a sexual offer defined by male fantasy" — the stranger that walks up and propositions sex — "is as good an example of male privilege as anything else." Sexual power really isn't defined by the ability to have sex with as many random strangers as possible.

More like this
What Mercury Retrograde Spring 2022 Means For Your Sign's Sex Life
By Nina Kahn
Help! My Partner Only Wants Sex Late At Night & Won’t Compromise
By Sophia Benoit
Ask A Sex Therapist: Is My Sex Fantasy Normal?
By Madison Malone Kircher
23 Abortion Funds In States With Trigger Bans To Donate To
By Emma Carey
Get Even More From Bustle — Sign Up For The Newsletter