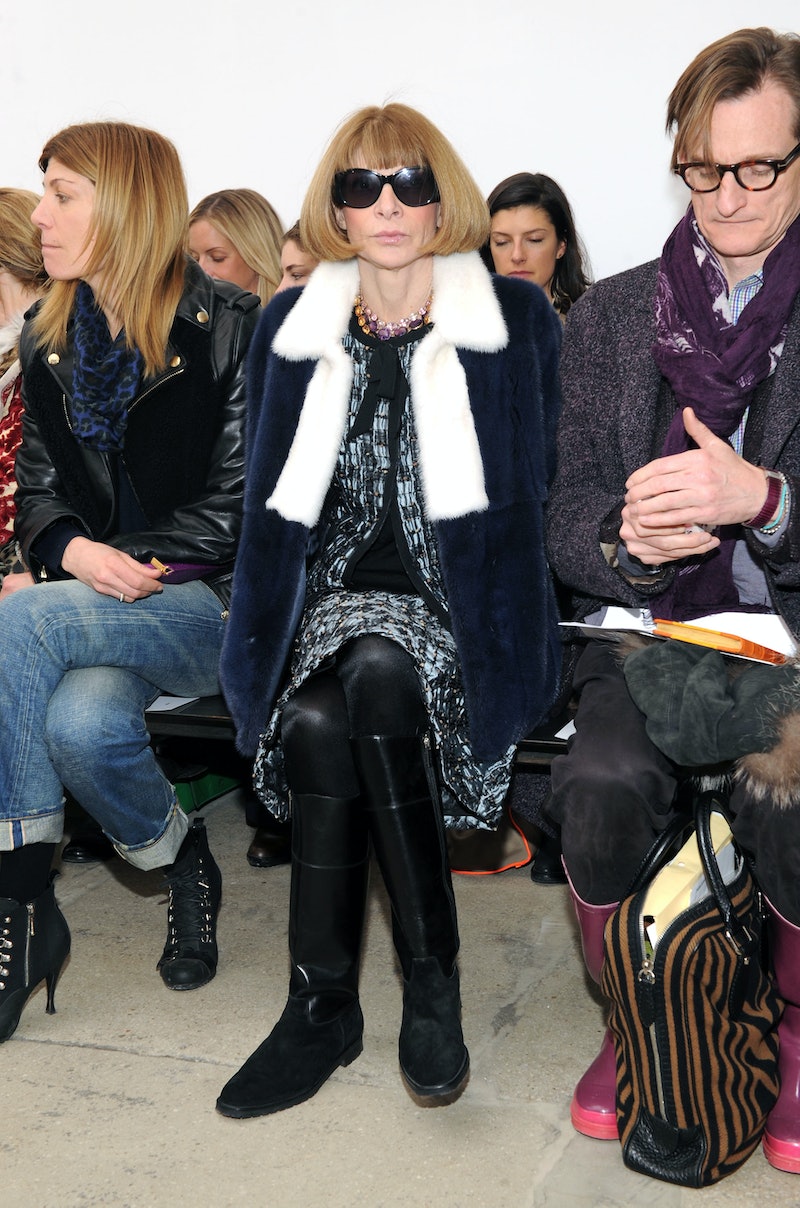 Guys. Guys. This is big. Anna Wintour has tweeted. After years of saying, "Yeah, I'm good, but thanks” to any and all forms of social media, the iconic editor has spoken up in 140 characters or fewer. Wintour, a longtime proponent of marriage equality, took to the Vogue Twitter after the Supreme Court overturned the Defense of Marriage Act.

A spokeswoman for Vogue told Ad Age it was Wintour’s idea to send the tweet, saying, "Anna has always been vocally committed to the cause of marriage equality. She felt it was important to use her first tweet to express her support for a cause that she holds dear to her heart.”

It might seem silly—after all, it’s just a tweet—but it's actually a pretty big step for both Vogue and Wintour. Normally, the magazine is more likely to tweet about a new collection than the news. Breaking their normal chain of fashion and beauty proved how important the cause is to Vogue. As for Wintour, no one has ever questioned how important marriage equality is to her (she received the Ally for Equality award from The Human Rights Campaign last year), but her tweet makes us think that she is finally ready to embrace social media.