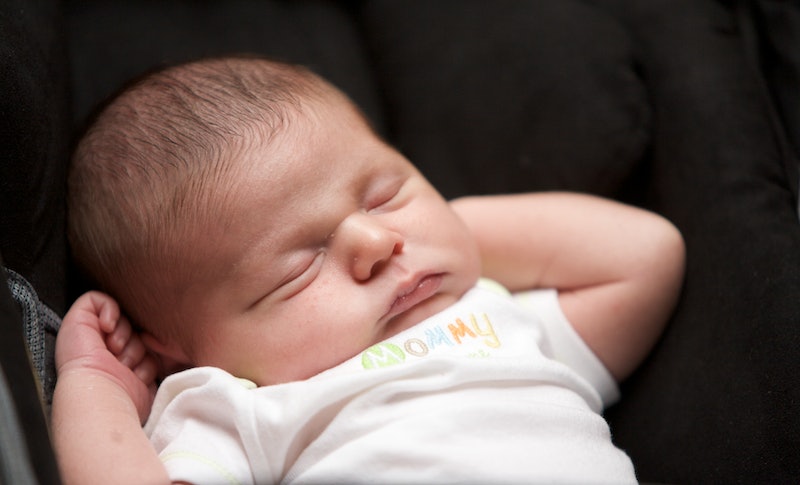 Would you believe that there was a time when thousands of children were forced to endure names like Mildred and Earl? The most popular baby names over the past 100 years make it painfully clear that just like flare jeans and Paris Hilton, baby names can go in and out of fashion. Personally, I think some names should make a comeback — I've always had a soft spot for Eleanor and Lucy. On the other hand, I think we can all agree that it's for the best that Millicent seems to have been retired.

Names have surprising power over our lives; according to a 2010 study, baby names can have all kinds of consequences later in life, from behavioral problems in school to choice in study. In fact, San Diego State University researcher Jean Twenge has even found that people who dislike their names are less likely to be well-adjusted. "Our names really are wrapped up in our identity," she told Live Science.

Some researchers believe that these effects are reflections of different parenting styles. Parents who prefer to emphasize individuality and independence, for instance, are more likely to give their child a unique name. Unless they're Gwyneth Paltrow, of course. I'm pretty sure she just really likes fruit.

The trend of naming children after random objects, verbs, and adjectives isn't just for celebrities anymore, however. Ironically enough, unique names are becoming increasingly common as our culture moves away from an emphasis on conformity, and toward the celebration of the special snowflakes we all know ourselves to be.

If you don't believe me, believe the Social Security Administration. For more than 100 years, it has handily archived data on the most popular baby names each year, including how often each name is used, and even the most popular names are, well, not that popular once you hit the 2000s. Presumably, this is because there are more parents going the unique route as opposed to sticking with standbys like Mary or John. Cultural interest aside, it's just plain cool to see how names have changed over the years. Let's take a look at the most popular names over the past century, according to the Social Security Administration. (Names are listed first, then the amount of uses.)