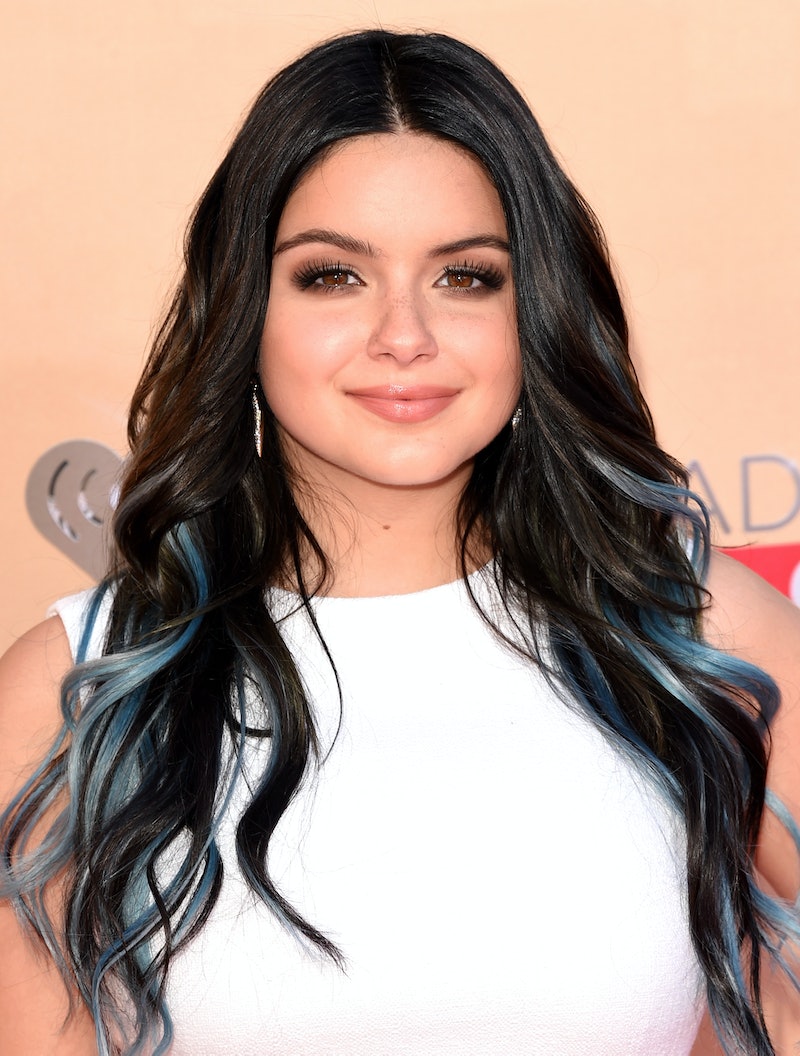 It's been quite an eventful week for Ariel Winter, and she deserves all the praise coming her way. In case you missed it, the Modern Family star bravely opened up to the world about a very personal decision. In an interview with Glamour, Winter shared why she got a breast reduction and how much happier she feels afterward. On Saturday, Winter attended Disney's D23 Expo in California, which was her first public appearance post-surgery. Unsurprisingly, she absolutely rocked it. Winter was there to promote the Disney Junior show Sofia The First, where she voices the title character. In an interview with People, she said,

I love Sofia because she's a great role model for young girls. Because I love that she educates them on what it is to be a strong woman. I know she's very young but she's teaching girls at a very young age. And I love that.

While Winter was referencing the cartoon-animated character that she plays, it's actually a really fitting description for the actress herself. Winter is a great role model for young girls, because she's not afraid to spread body positivity or open up about struggles she's dealt with growing up. As she wrote in her Glamour piece, the 17-year-old didn't have surgery to please bullies or anyone else; she did it for herself.

By sharing the story of her breast reduction surgery, Winter aims to help other young girls be happy and healthy—without feeling ashamed about it. Her Glamour interview proves that. She told the magazine,

I also think there’s some good that can come from [telling] my story. It’s something that I did to better my life and better my health and I think that that can benefit a lot of young girls. I have felt more happy with myself than I ever have. I am living a dream that a lot of girls my age would love to be living, and I’m aware of that. I'm really grateful that I’m able to do that and have a voice that I’m able to speak to teenagers. I don’t want to do anything to mess that up.

Being happy with who you are is one of the most important messages a celebrity can send, especially one with such an impressionable young audience. In addition to celebrating body positivity, here are a few more reasons Ariel Winter makes an awesome role model.

She Stands Up For Herself

Unlike her Disney character, Winter's personal life hasn't exactly been a fairy tale. Earlier this year, she was emancipated from her mother. Dealing with that (especially publicly) could not have been easy, especially at a young age. But this is another example of Winter doing what's best for her and not being afraid to standing up for herself.

She Believes In Education

In an interview back in May, Winter said she plans to study business or law after she graduates high school. She wants to have an education to fall back on, regardless of what happens with her acting career. Looks like she and Alex Dunphy (aka her brainy Modern Family alter-ego) have a lot in common, huh?

When sharing her story in Glamour, Winter was open about how much the support of her others means to her. Her sister has been her rock, along with various friends and family members. She said,

My sister, Shanelle, is so supportive and loving... My friends have also been wonderful, and my boyfriend is wonderful to talk to... I felt so lucky because I never had that before. And now being in a place where I’m so loved and so lucky is really a blessing.

After the Glamour story debuted, she also made sure to thank everyone who was there for her in a touching caption on Instagram.

She's Wise Beyond Her Years

In the aforementioned Instagram caption, Winter shared these words with her fans: "never be afraid to speak your mind. Always make decisions because YOU want to, and always do what makes YOU happy." That important advice really can apply to any situation.

Of course, Winter isn't a cartoon princess IRL, but she has the same courage and role-model potential as the character she plays. Props to her for using that power in the right way!