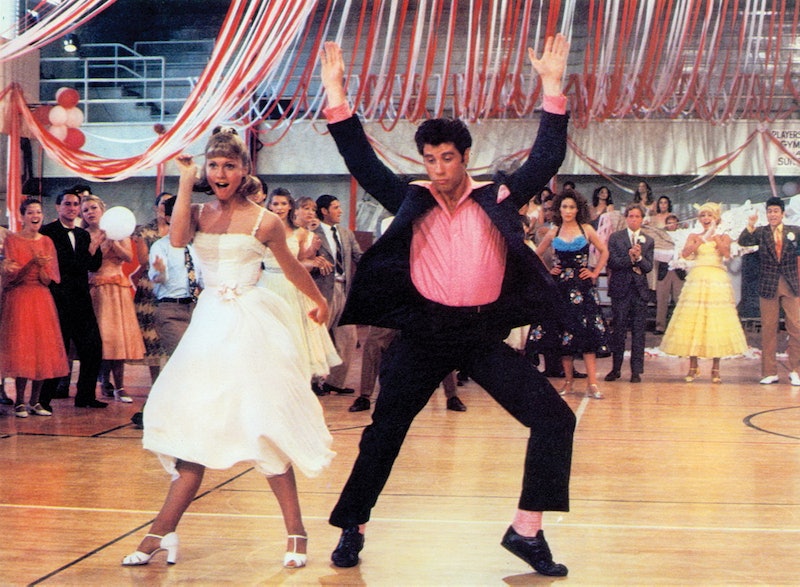 I've always been a bit of a movie junkie, and some of my earliest memories involve watching my now-favorite films for the first time. I remember watching in awe as Dorothy stepped into a world of color in The Wizard Of Oz and thinking that this movie was pretty much the most magical thing that I had ever experienced. While I haven't lost the love of movies, I like to think that I'm just a touch more critical of the media I consume. That includes laughing at some formerly "awesome" special effects, but the visuals aren't the only things that sometimes require a second look. Some beloved movies have downright terrible messages — even if fans love them entirely too much to notice (or care).

While many films didn't intend to send questionable messages, the finished product sometimes gave viewers some pretty unfortunate ideas. Some movies gave its audiences completely unrealistic ideals about things like love, while others downplayed some situations that were actually pretty problematic. Chalk it up to good ole' movie magic for having audiences forget about these issues almost completely.

So what films are most guilty of sending terrible messages? Here are nine beloved movies that you didn't realize had a whole bunch of issues in the messaging department:

The premise of this film is more than a little bit cringe-worthy, but it strikes a seriously effed up note at the end of the film. The film stars Josh Hartnett as Matt, a man who vows not to have sex for 40 days, only to meet the girl of his dreams after the terms of the bet are agreed upon. On the 40th day, Matt's ex-girlfriend gets word of the bet, ties him to his bed, and has sex with him while he's unconscious. Yes — a rape scene is the pivotal point of comedy in this movie.

Terrible Message: Being forced into sex while unconscious is only a bad thing if it causes you to lose a bet and has no other life implications.

This is a classic love story: "good girl" Sandy falls for "bad boy" Danny and the new couple has to learn to navigate their differences. Except in this case, they do that by having Sandy pick up a pack of cigarettes and wiggle into leather pants.

Terrible Message: If a relationship isn't working because you're too different from one another, change yourself. Even if it means picking up a smoking habit.

Considering this Disney film is based on a seriously depressing Victor Hugo novel, it's not nearly as dark and depressing as it could be. Still, the story of a kindhearted "hunchback" who is ostracized for his appearance isn't exactly the happiest tale in the world — probably because his love interest falls for a handsome soldier despite the fast that Quasimodo risks his life time and time again for her.

Terrible Message: Want a girlfriend? Try being handsome, not heroic.

4. Willy Wonka And The Chocolate Factory

There are a considerable amount of bad messages in this film (like the fact that being gluttonous makes you deserving of drowning in a river of chocolate) but I'm going to say that the treatment of Oompa Loompas takes the cake. Wonka specifically says that he found the Oompa Loompa's on an island and then brought them to work in his factory. The Oompa Loompas are the only people keeping the factory going outside of Wonka himself, which has some pretty disturbing implications.

Terrible Message: Slavery is totally OK as long as it's in a whimsical candy factory. So is murdering kids.

The Ugly Truth certainly isn't a unique romantic comedy, but it does do a great job at showing some of the problems within the genre. The film is about two people with completely opposite views on how romance should go down — mainly because the guy prefers using sexist tactics to attract women instead of behaving like a normal human being. Despite their differences, they eventually fall in love because their chemistry is just so damn palpable.

Terrible Message: Do you have a completely different set of values than the person you're dating? It's probably not that big of a deal, as long as you're on the same level of hotness.

The film that shot Lindsay Lohan to fame also had some not-so-great ideas about how to fix marital problems. When long-separated twins meet for the first time at summer camp, they vow to get their parents back together — and, obviously, it works.

Terrible Message: People get divorced for silly reasons and sometimes all it takes their 11-year-old children meddling in order for a couple to see that they were meant to be together.

Look, The Notebook is pretty damn perfect, but if one particular "romantic" moment played out in real life, I'm pretty sure no one would be cool with it. Noah climbing on top of a Ferris wheel and threatening to jump off if Allie doesn't accept his request for a date is a ballsy move, and also kind of a sign of sociopathy.

Terrible Message: The more death-defying and terrifying a stunt the guy pulls to get you to go on a date with him, the more likely he's your soulmate.

8. Beauty And The Beast

On the surface, this film has a decent message — sometimes you have to look beyond someone's appearance in order to see the beauty that's within! What that message neglects to mention is that the Beast's biggest issue isn't how he looks: it's also the fact that he's verbally abusive, has a violent temper, and has made it clear that Belle is not allowed to leave his castle. Stockholm Syndrome certainly went a long way for the Beast.

Terrible Message: A good woman can change a man's "beastly" ways, as long as she doesn't give up on him.

Bella and Edward is a match made in vampire fiction heaven, except for the fact that Bella has to abandon every single aspect of her human life to be with him. That includes her family, friends (the few she has left after Edward shines his way into her heart) an anything that resembles that of a normal life.

Terrible Message: It's not true love unless you are willing to give up every piece of your individuality.

Think you can ignore these messages next time you settle in for some quality DVD time? Hopefully the knowledge hasn't ruined these flicks forever. I know that I'll never give up Grease.

More like this
Daryl McCormack On His Unusual First Audition With Emma Thompson
By Olivia-Anne Cleary
All The Sneaky Lindsay Lohan Movie Easter Eggs In Her New Ad, Explained
By Stephanie Topacio Long
The 'Hocus Pocus' Sequel Finally Has A Release Date & It Makes Total Sense
By Shannon Barbour and Radhika Menon
Everything To Know About 'My Big Fat Greek Wedding 3'
By Grace Wehniainen
Get Even More From Bustle — Sign Up For The Newsletter