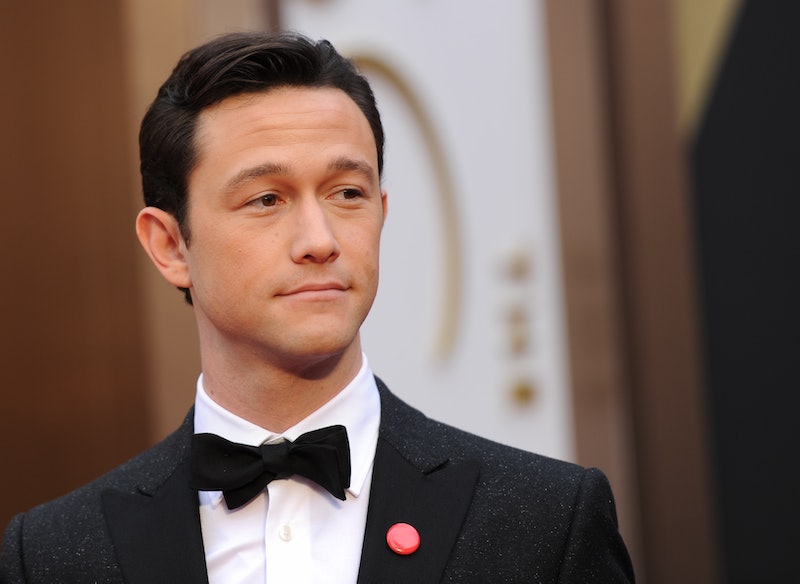 Joseph Gordon-Levitt and his wife Tasha McCauley would be the ultimate secret agents. Not only did they shock they world by quietly getting engaged and tying the knot last year at their home, but now Gordon-Levitt and McCauley are parents to a baby boy — one you'll never get to see or learn anything about because, as I mentioned, these two beautiful people are so private they might as well be protecting national security. While it's totally within the 34-year-old's right to keep his private life out of the hands of nosy people like me, it does seem like he and his tech-savvy, gorgeous wife are trying to cut the press off at their knees because they've already announced there will be no baby name announcement. Nothing. Nada. Don't wait for it. Not happening.

The problem with being a beautiful mystery is that people are going to continue to speculate — and are going to name your son themselves because you haven't given them anything to work with. Though it's perfectly reasonable to assume Gordon-Levitt and McCauley have chosen a family name for their son, or a name they simply read in a book and both fell in love with, that's no fun at all. Not when the seven names below have been pulled straight from the limited details of their lives that are available for public consumption.

Without further ado, here are possible names for their little peanut which may or may not be his real name. Who knows! When it comes to these two, your guess is as good as mine.

Gordon-Levitt played the ultimate cutie pie in 500 Days of Summer — one whose heart and soul gets crushed by Zooey Deschanel. But that's OK. The entire point of his character is that he remains committed to the idea of a lasting love. He's old-fashioned and a classic name like Tom matches his approach to the world. Added benefit: He and McCauley, who is the CEO of Fellow Robotics, can feel good about naming him after Thomas Edison, the granddaddy of tech.

No, Tom and Tommy are not the same names — one is conservative and mature and the other represents Gordon-Levitt's past life as the adorable kid who found fame as Tommy Solomon on 3rd Rock from the Sun. Why not pay homage to the role that pretty much gave rise to decades of show business success?

Heath Ledger was the star everyone waited to see in 10 Things I Hate About You, but Gordon-Levitt's Cameron James was the one you fell in love with after leaving the theater. There was something so refreshingly honest, direct, and not like the other boys about him — all of the qualities you'd want your son to possess. Given Gordon-Levitt passion about feminism, it also makes sense that they'd choose a gender-neutral name.

As in, Steve Jobs, the late computer pioneer and Apple co-founder. What the world knows about McCauley starts and ends with her awesome tech career and since I suspect their house is filled with iPads, MacBook Pro's, and his-and-hers Apple Watches, there's no reason not to suspect that Jobs was a source of inspiration for her.

Work with me here. Gordon-Levitt is a child of the '80s, which means he probably grew up watching and loving Knight Rider, a show that featured a talking robotic car named KITT. McCauley is into robotics. Kitt can be both a masculine and feminine name. See where I'm going with this? Kitt Gordon-Levitt totally has a ring to it.

McCauley speaks three languages — English, Spanish, and Arabic. Asad is one of the most popular Arabic boys' names and it means "lion," which is too perfect. Why give your little boy a name shared by everyone in Hollywood when you can think outside of the box and set him up to follow in his mom's footsteps and be bilingual or even trilingual?

This last guess is made with a super sad story in mind. Gordon-Levitt's older brother Dan Gordon-Levitt passed away in 2010. The actor told ABC News he always looked up to his sibling and it's always possible he and his wife chose to honor his memory by naming his son after him.

It may be years before the world learns more about their precious little boy. Given their track record, I have zero doubt they'll be able to keep him out of the public eye.