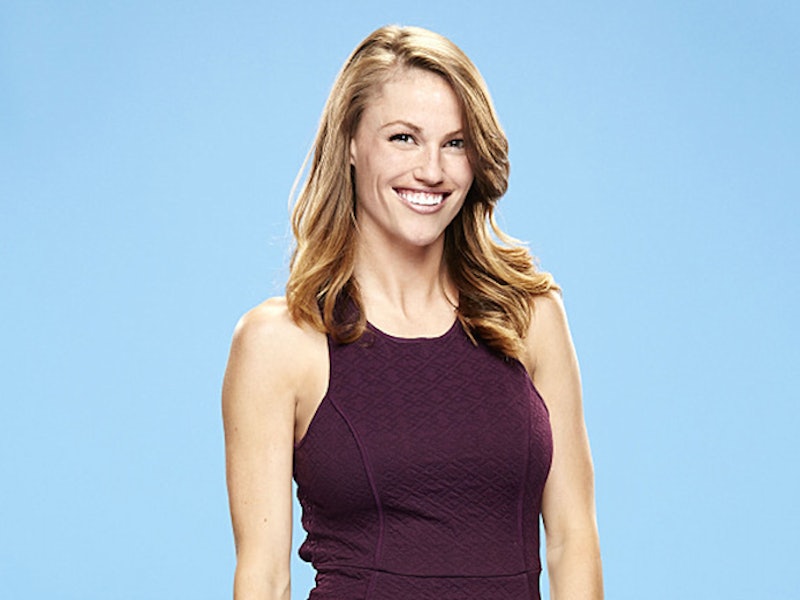 On a surface level, it can seem like Big Brother 17 houseguest Becky Burgess had a plan to fly under the radar and coast through the season. She got virtually no camera time for the first few weeks, and barely even appeared on the live feeds. Then there was that strange strategic move with Becky refusing to join alliances. Then she won HoH and went from zero to 100 real quick, putting Shelli and Steve on the block with an ambitious plan to backdoor Vanessa and get her out of the house. That's a pretty huge move from someone who could previously be classified as a low-key floater. But if you take a step back and look at the season a little more closely, that development did not come out of nowhere.

Becky was not just innocently hanging around, waiting to make moves throughout this season. She has been slyly playing the game and stirring the pot for weeks. There have been plenty of times when she was actually pretty brutal in her gameplay on Big Brother 17 — as one should be when competing to win $500,000. Here are nine times Becky proved she's been playing hard since way before viewers noticed.

1. She Threw Shade At Vanessa

2. She Made A Plan To Backdoor Vanessa

This was obviously Becky's major move in the game. She became Head of Household and orchestrated a plan to get rid of Vanessa with a backdoor nomination. Clearly, she's a lot more strategic than people first gave her credit for.

Becky relayed information from the Goblins to Clay and Shelli several times. She even gave them a heads up about their nomination. Whose side was she on? It's ironic that she actually followed Vanessa's lead and attempted to align with everyone.

Becky threw major shade at Austin, Julia, and Liz in her speech when she asked for Liz to use the Power of Veto to take her off the block. She strongly implied that she would be coming after them if she wasn't saved. Well, that's not exactly killing them with kindness is it?

5. She Keeps Going Back & Forth Between Sides

Becky claims to be anti-alliances, but she really just has them with everyone. She has been shifty the entire season and told John to copy her strategy of floating back and forth without any genuine loyalties to anyone.

6. She Continues To Flip Flop

Becky has sold out everyone in the house just to get ahead or gain people's trust. She is the ultimate flip flopper.

7. She Campaigned Against Her 1 Ally In The House

Johnny Mac was the one person that Becky seemed align with or at least have a genuine bond with in the house, but that didn't stop her from campaigning against him when they were nominated together on the block. She'll do what she has to in order to make it further in the game.

8. She's Pretending She's Not A Target

Becky stated that she wanted to "pretend that she is going home" even though she "knew" she was a pawn. In reality, it seems like Becky is actually the one going home. Nevertheless, putting on this whole front and announcing it shows that she is always one step ahead.

9. She Lied About Being A Straight Shooter

Becky may actually consider herself a "straight shooter," but her game play has clearly zig-zagged all over the place. And you know what? It's working.

You might not have realized it until recently, but Becky has been playing a strong game all season on Big Brother 17. The remaining houseguests should watch out.

More like this
You Can Still Apply To Be A Contestant On Big Brother Season 24
By Radhika Menon
Your Ultimate Big Brother Season 24 Viewing Guide
By Kadin Burnett
The Bachelorette’s James Adds Another Weird Occupation To The Franchise
By Kadin Burnett
Yes, You Can Really Charter Below Deck Med’s New Superyacht, Home
By Brad Witter
Get Even More From Bustle — Sign Up For The Newsletter