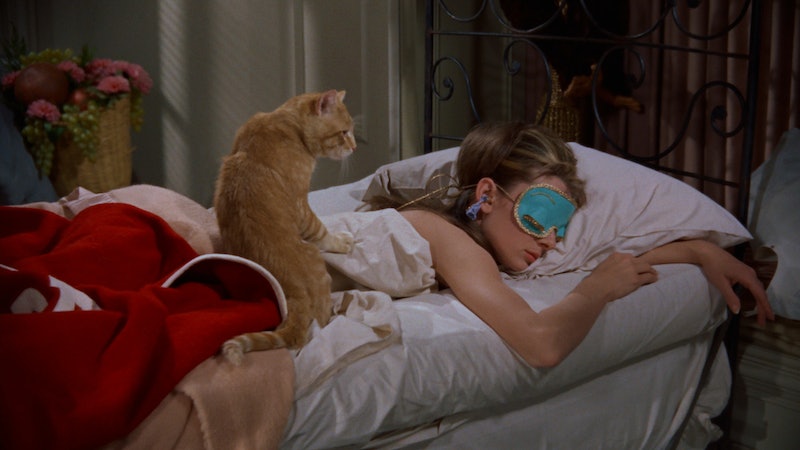 The tragic passing of movie star dog Uggie spawned plenty of tribute pieces and reflecting on how special animals — whether a cute dog or cute cat — can really contribute a lot to movies. It's hard to deny that Uggie had endless amounts of energy on screen and crazy good chemistry with his cast members — like, the adorable Jack Russell Terrier was such a force in films, and took direction so well, it's crazy to think that he's a dog when he's that good an actor. While there are a lot of movies that feature dogs, though, and even a few that have dogtagonists (a word I just made up for dog protagonists), let us not forget that there are also many movies that star cute cats, too.

They can also be action heroes and villains. Cats are not as versatile as dogs — like, in their acting style or even in their looks — but they can certainly contribute a lot to movies. From kitty cats, to lions and tigers, the cat family is full of crazy characters that are fun to see on film. While there are only 2 types of people in the world — cat people and dog people — both kinds of people can appreciate seeing the other on screen. Cats are often the companions of choice to young women, like Holly Golightly in Breakfast at Tiffany'sfor instance.

So, that in mind, I figured it was worth making a list of all the cute cats in movies we can all reference when we want some joy and adorableness in our lives. (For the purpose of this list, I disqualified lions and tigers, and any other kind of cat that eats humans, because that kind of compromises their cuteness.)

Dr. Evil's cat is cute in the same way that Dr. Evil is so bad, he's hilarious.

I don't think we ever learn his or her name, but the cat that Don Corleone holds during his epic speech is so adorable, it makes this scene a juxtaposition between cute and creepy.

Cute AND powerful, Orion will change your whole perspective on the universe.

I hope I find someone who loves me as much as Robert De Niro loves this cat.

Who would have thought that hot guys turn into adorable cats?

Creatively named, and a great companion to Holly Golightly!

Sassy manages to hold her own with the dogs, and they make the two-dogs-and-a-cat dynamic work — which would never work in real life.

Hermione's cat is a ginger, which foreshadows her future love for Ron. BOOM.

3. Milo, The Adventures Of Milo And Otis

There wouldn't be a Milo and Otis movie without Milo.

The best friend of Sandra Bullock's character until Melissa McCarthy comes along, Pumpkin is a cat you want to snuggle with.

Jonesy isn't just a cat, but is also a crew member on the Nostromo, saddled with the responsibility of destroying rodents. Audiences loved Jonesy so much, that there is even a short story version of the film through his perspective!

Grumpy Cat, eat your heart out.

More like this
What’s New On Netflix: Meet 'The Real Bling Ring'
By Arya Roshanian
What’s New On Netflix: Camila Mendes & Maya Hawke 'Do Revenge'
By Arya Roshanian
Saoirse Ronan Drops Out Of The 'Barbie' Movie & She's "Gutted"
By Radhika Menon
Here’s Everything Coming To & Leaving Netflix In October
By Jake Viswanath
Get Even More From Bustle — Sign Up For The Newsletter