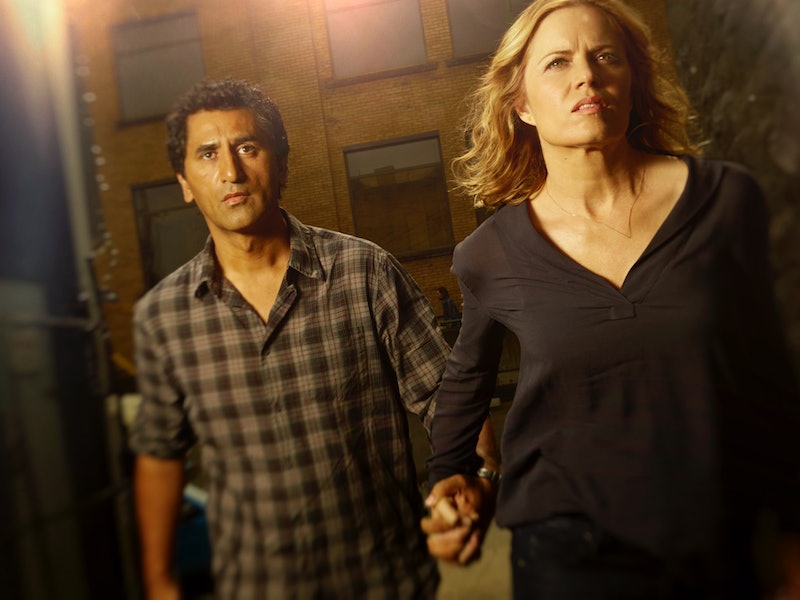 As though AMC's post-apocalyptic zombie drama The Walking Dead weren't terrifying enough on its own, the network is basically promising to scare the crap out of their viewers with the title of the show's spinoff, Fear The Walking Dead. While that name has been derided by some as uninspired, you certainly can't argue with its bluntness. "Only tune into this series if you like horror," it essentially warns those who are perhaps confused regarding the tone of a show about zombies. But how long exactly will we have to live in fear of the "flu epidemic" that sweeps Los Angeles in the prequel? Just how many episodes are in Fear The Walking Dead Season 1?

That's actually not that silly of a question these days, with the ever-fracturing nature of television. Typical wisdom holds that network shows consist of 22 episodes per season, cable of 13. Unless maybe your show actually has 15 episodes. Or 10. Or only eight. It would take True Detective three seasons to match the number of hours that were produced in one season of 24. Well, I'm here to report that FTWD clocks in on the shortest end of the spectrum, with only a measly six episodes in its freshman run.

I know, I know. Only six?? Before you go into full-on panic mode, allow me to give you two reasons why that meager ration isn't necessarily a bad thing. First of all, the freshman season of Walking Dead Original Flavor also consisted of six episodes — so the abnormally short order shouldn't be taken as a sign of lack of faith on AMC's part. In fact, it would appear that the network has a huge amount of faith in their newest property... which leads us to reason number two that this isn't the worst. news. ever.

AMC has already renewed FTWD for Season 2; or, to be technical about it, the show had always been renewed for Season 2, since the network first picked up the series with a two-year commitment. To make this good news even better, AMC revealed last month at the Television Critics Association summer press tour that the sophomore season of Fear will consist of an upgraded 15 episodes.

Sure, it sucks that we're getting so little Fear this time around, but maybe we should all just consider it an extended prologue before the sh*t really hits the fan in Season 2. And we'll have Season 6 of TWD waiting just around the corner to cheer us up when Fear signs off on Oct. 4. Between the two companion shows, that's 22 episodes of brain-splattering zombie kills to satiate viewers' bloodlust from now through next March. That should be plenty, right?