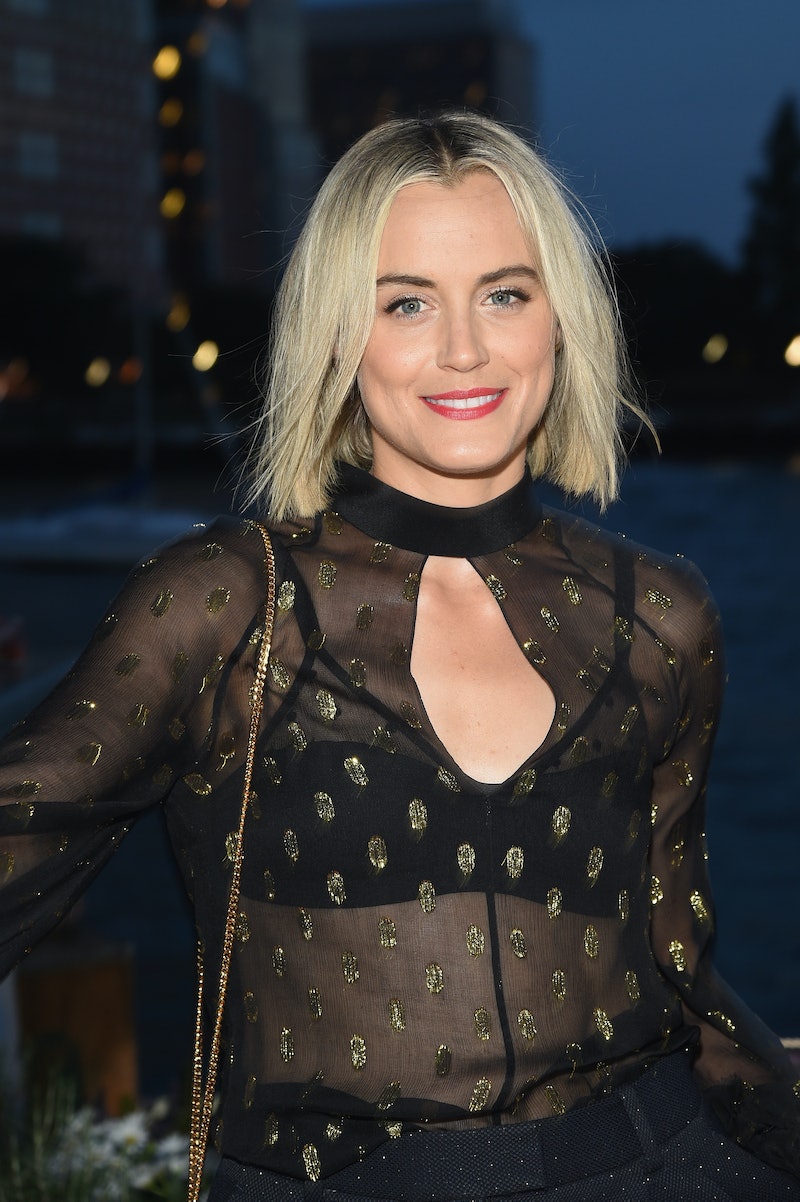 For anyone who's an avid watcher of Netflix's hit series Orange Is the New Black — which should pretty much be everyone on the planet at this point — then you know that Piper Chapman is not really the most well-liked character these days. Not only has she proven to be extremely self-involved, but she's now starting to borderline on cruel to those who get in her way. I myself have gone on a few Piper-related rants from time to time. But, there is someone who still roots for Piper's eventual redemption and that's the very actress who plays her. In an interview with Bustle conducted at the WXXX event for the sneak peek of W Amsterdam hotel, Taylor Schilling defended Piper's actions on OITNB and provided some insight into why her character is the way she is. "I think that she is an incredibly flawed woman, and she is deeply incapable of handling her life," Schilling says. "And, she is out of control. She is very lost."

Let's not forget a very crucial part to this whole scenario: The fact that she is currently in prison. As we've seen proven throughout the course of these past three seasons, if you want to survive at Litchfield, sometimes you have to get in touch with your inner dark side. Living in that kind of environment is bound to take its toll on anyone, emotionally and mentally.

Schilling explains that Piper's actions (as smart as they sometimes aren't) are driven by a loss of self identity. "I think it is when you lose a sense of self and you have nothing to hold onto… like this rocking boat, and you start grasping its straws and hurting yourself and hurting other people in really self destructive ways."

It's definitely true that being in prison sufficiently strips you of your identity. Your clothes and possessions are taken away. Someone else tells you when you can eat, sleep, and even use the bathroom. Is it really all that difficult to believe it could eventually result in a multitude of bad decisions?

In fact, Schilling even describes it as a "debilitating addiction." The more control Piper has, the more she craves it, regardless of the cost. And, while Schilling is well aware of the Piper haters out there, she hopes that over time, her character can find redemption in both herself and the eyes of all the viewers. "I am hoping she starts to ask why she is doing what she is doing," Schilling admits.

OK, so she may not be there just yet, but that doesn't mean she won't be eventually. Don't give up on her, guys! Until then, I'm more than happy to be apart of this crazy, wild ride that is her life.