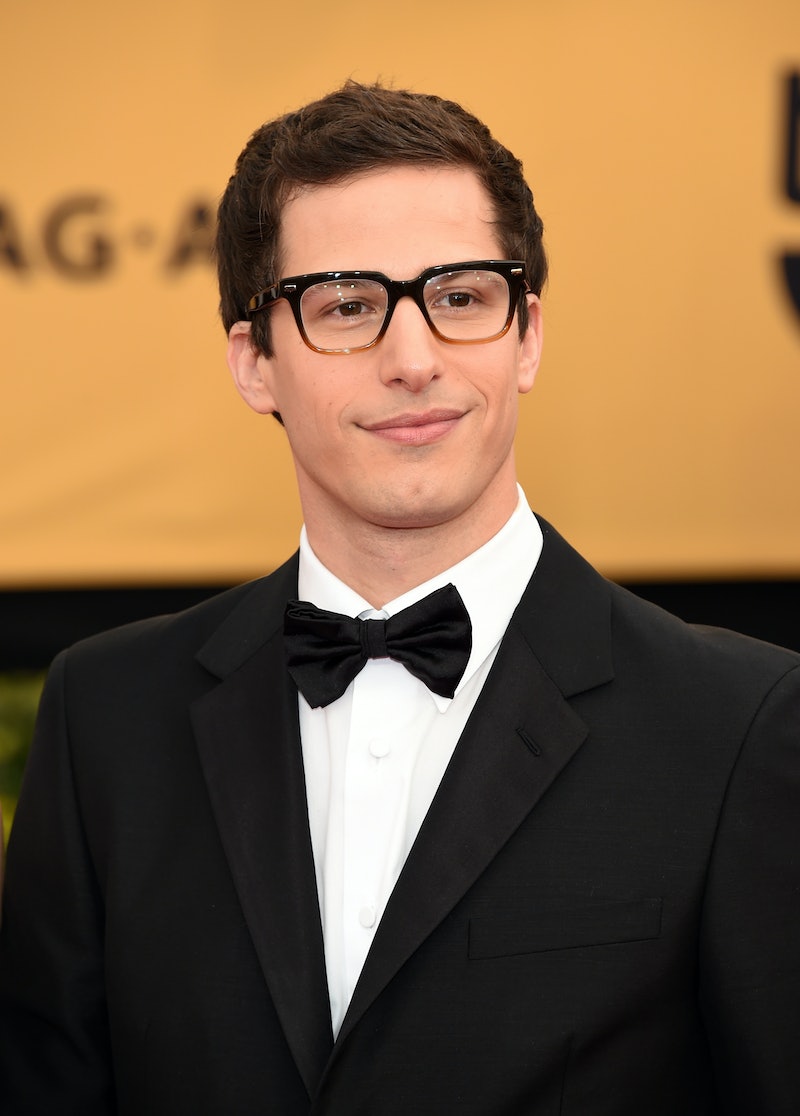 As if you needed one more reason to get excited for the 67th Emmy Awards — I have one for you. The first official promo for the Sept. 20 event dropped on Friday, Aug. 21, with host Andy Samberg already spurring guffaws in a scant 30 seconds. The Brooklyn Nine Nine star manages to find a loophole in FCC regulations by listing seven words you can say on television that sound a lot like the "dirty words" you can't. Among these words are: Corkscrew, shuttlecock, and — my personal favorite — kumquat. After listing six words, Samberg teases that audiences will have to, "tune in on the 20th for the last one," before totally giving it away. (Hint: it rhymes with cut.)

I think I speak for most everyone when I say there has been nary a concern that Samberg will make for an awesome Emmys host. Still, this delightful little gem of a promo is just one more piece of evidence that the Saturday Night Live veteran is fully equipped to freaking bring it. Throughout his career, the comedian has proven himself to be eclectic in his methods of garnering laughs, and has never been afraid to push the envelope. This is important, since envelopes are kind of a big part of any awards show.

In case you have any doubt that Samberg is going to rock this role, here are seven clips displaying why he has the skills to be the ultimate host.

During Comedy Central's Roast of James Franco, Samberg used his time at the podium to upend the usual vitriol by roasting the very concept of roasting. His self-deprecating spin on the program was — in my opinion — the highlight of the night.

When Samberg returned to his alma mater as host, the actor held his own during the opening monologue by displaying his little-known acumen when it comes to the art of impersonation.

3. His Quick Synopses On The Tonight Show Starring Jimmy Fallon

If you want to be a good host, you need to be able to think on your feet. I believe the above clip is all the evidence you need to prove Samberg knows how to improvise.

The Emmy Awards celebrates a wide scope of genres. In this clip, Samberg proves his ability to take on more than just comedy — along with some surprising flexibility.

Thanks to some lessons from Martha Stewart, we can count on Samberg to feed the throngs of celebrities in attendance on the off chance that the caterer is a no-show. You don't want a lightheaded Emmy winner taking to a staircase — amiright??

6. His Ability To Take Criticism

When you're able to face the nefarious criticism that is mean tweets, the challenge of helming a national broadcast should be a piece of cake.

7. Every Lonely Island Digital Short Ever 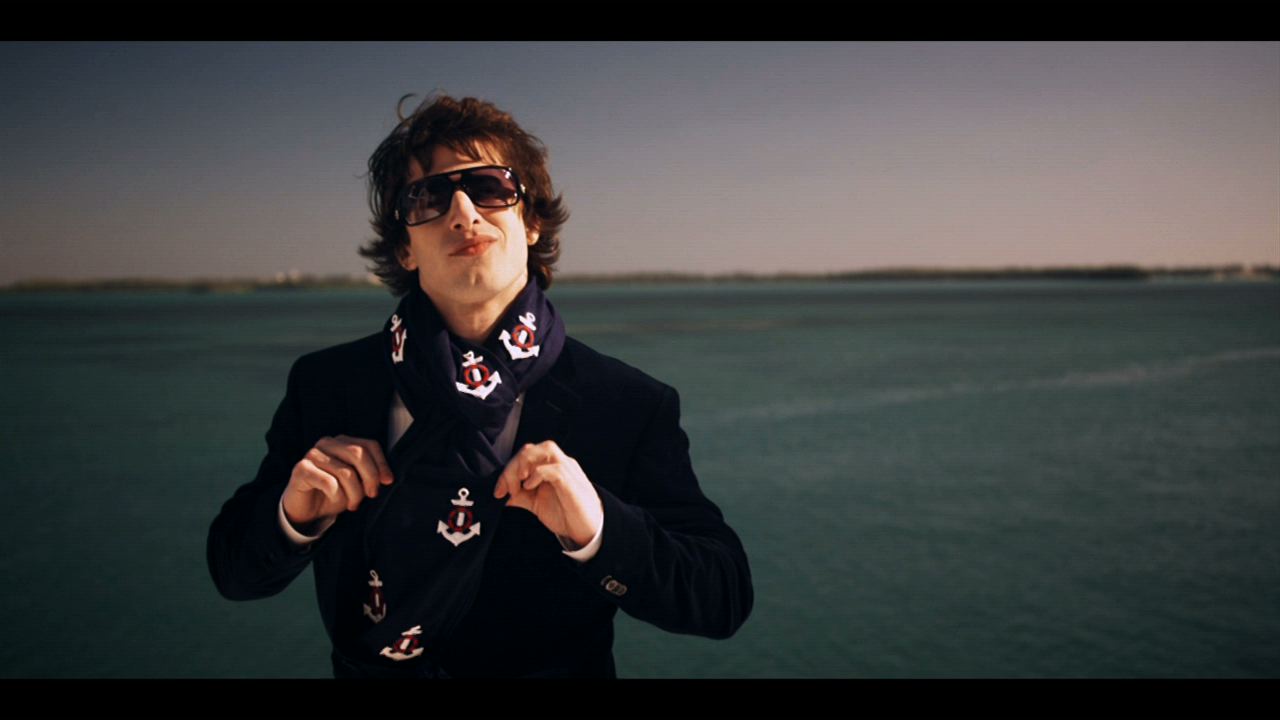 It can be argued that Samberg was the originator of the acclaimed SNL Digital Shorts. Being that every great awards show is peppered with pre-taped sketches, I can only imagine what treats are in store for us on Sept. 20.

There you have it. Let the Emmy Awards countdown begin!