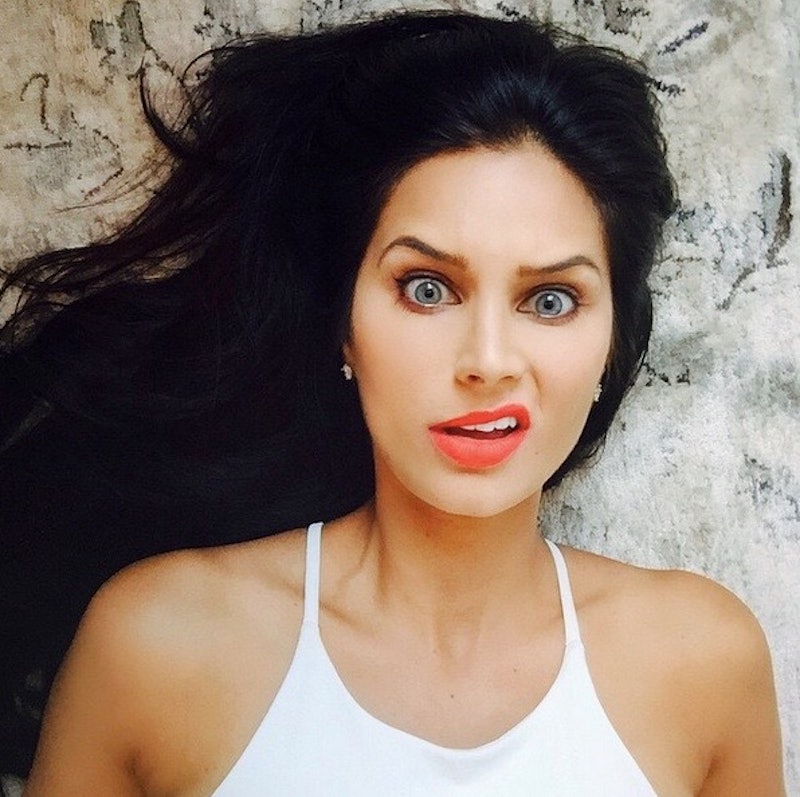 Samantha has been a busy lady! She's only been on Bachelor in Paradise for a hot second and she is already knee deep in controversy, with plenty of suitors courting her. Most people who show up late have a hard time trying to forge a connection with one person in the house, since everyone couples up so quick — not an issue she seems to be struggling with. It's already been pretty well established that Joe and Sam met before Bachelor in Paradise, and she was also talking to Nick Peterson prior to the show. So, when Justin Reich enters Mexico on Monday with his eyes set on Sam, will it be revealed that Justin and Samantha knew each other before Bachelor in Paradise, too?

It's looking like history is repeating itself as Justin Reich joins the show. According to the ABC press release, he comes in and makes a beeline for Samantha. Hmmm. Much in the same way Samantha made a beeline for Joe? It's raised a lot of red flags about if Sam and Justin already know one another. Since we've already seen this go down with Joeand Nick, it would not surprise me if it's true. Being both nosy and curious, I took to social media to see if I could sniff out any answers.

It seems like social media would be the easiest place for them to connect, but Justin does not really have much of a social profile, so they cannot follow one another on Twitter or Instagram. Unless he has a secret/private profile that we cannot see and are talking there.

But, They Are FB Buddies

Justin is on Facebook and the two of them are friends on the social media site. But, he's friends with a lot of Bachelor people, so it could mean nothing. Especially since she was the most recent addition to his friends list.

They Don't Have Any Selfies Together

Even if Justin isn't on social media much, Sam sure is. Her Instagram is packed with selfies, and Justin is in none of them. Would they be bold enough to post selfies before the show? I think she is smarter then that, so the lack of photos isn't definitive proof.

There Was A Small Hint

She's Looking For A Nice Guy

Sam is pretty active on Twitter, posting and retweeting what she is looking for in a man. Justin had that "nice guy" attitude down during his run on the Bachelorette, this could have been a nod to him. Or, just trying to distance herself from Joe's rep. So many layers here!

Doing Anything For The Rose

She's a texter, and she was probably working hard to make an impact before the show so she could get a rose. While a lot of people on BiP have a reputation (good or bad) going in, Samantha was a nobody on Chris Soules' season, so she had to make a name for herself just so people would know who she was. So, I'm going to guess yes, she talked with Justin before hand because it seems like she was doing a Bachelor-blitz to increase her rose-chances. Cleaver or cheating? I guess that's up to those in Paradise.