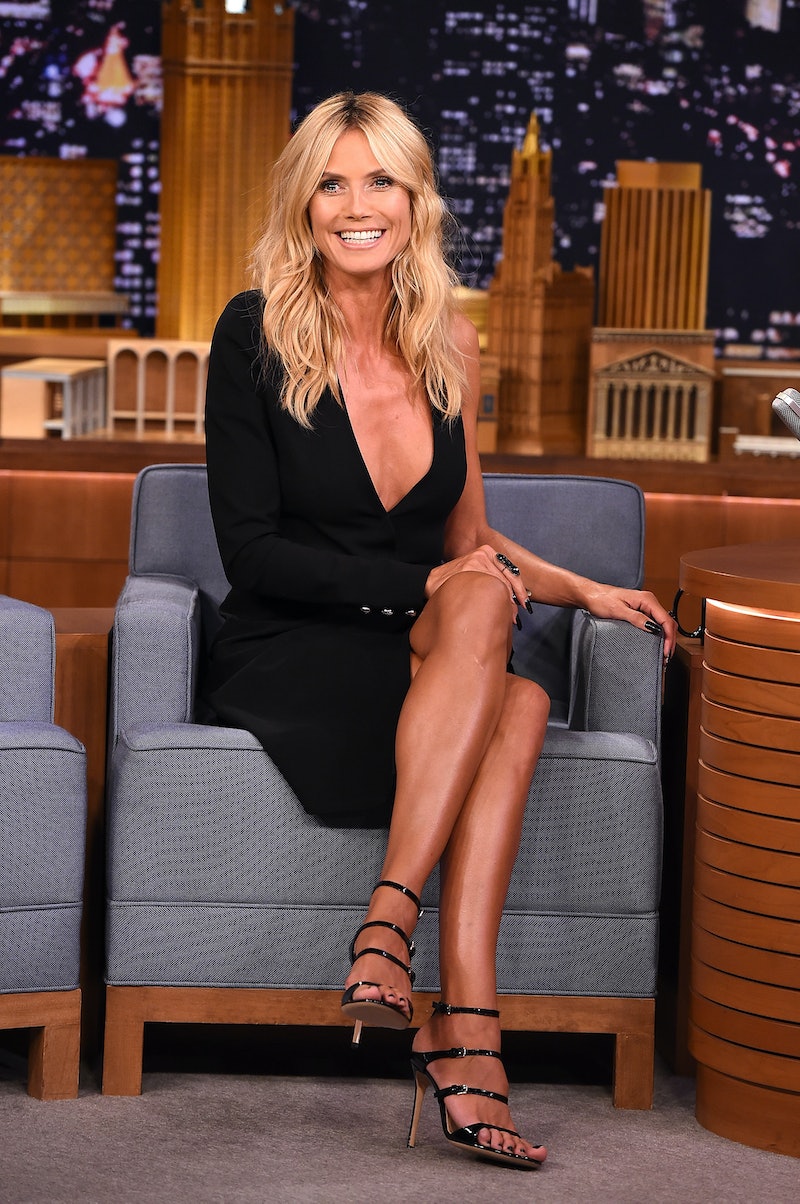 Although the contestants and clothing are always changing, there's one constant about Project Runway — the lovable host, Heidi Klum. She's been part of the show since the very beginning. Currently on its 14th season, Project Runway has been on the air for more than 10 years. Unfortunately things don't always go as planned. According to a photo shared on Instagram, Heidi Klum stepped on a nail while filming Project Runway and she wasn't the only one to get injured. Fashion designer Zac Posen (who's one of the show's judges) hurt his foot, too. Although they both wound up in the hospital, don't worry! They're troopers and they'll be just fine.

They even had a sense of humor about the whole situation. Sharing a photo taken in a hospital while pouting, Klum wrote,

DONT STEP ON A RUSTY NAIL ..... Well we both did #Bettersafethansorry

Posen shared the same photo, adding to the caption, "Always better safe than sorry! #hospital #tetanusshot" Indeed, it's better to be safe and get a tetanus shot to avoid things getting worse. (Wishing both of them a speedy recovery, of course!)

This isn't the only time Heidi Klum shared her wisdom with the world. Here's a round-up of the best lessons Klum has taught us over the years, starting with the most recent.

The lesson here is actually two-fold: 1. Always look where you're walking, and 2. If you do get injured, take proper precautions to avoid making it worse. (That's where the tetanus shots come into play!)

2. Laugh Off The Haters

In response to Donald Trump's terrible comment about Klum being "no longer a 10," the supermodel posted an awesome video mocking the absurdity of the entire situation. She didn't let Trump's idiocy get her down.

In addition to the video, Klum elaborated on the Trump situation in an interview with Access Hollywood. She made an amazing point:

The whole entire situation about women is not really funny, you know to put a number on a woman... We juggle so many things and I feel that, you know, women who support their families, who have children, who make their lunches, drive them all over the place, work at the same time, I mean, we do so many things, so in my book, every woman is a 10.

Yes! She couldn't be more right.

4. You're Never Too Old For Halloween

Every year, Klum throws one of the biggest Halloween bashes in all of Hollywood. She also makes sure to have an elaborate, impressive costume herself. Last year, she dressed as a butterfly.

5. Be Fearless With Fashion

In an interview with Elle, the supermodel talked about fashion risks, saying,

I think clothes show your personality—you know you love color and you love having fun, and I can see that when you walk in the door. It doesn't mean that you're not serious, but it means that you're serious and you like to have some fun, too. And I like to show that in my clothes—that I'm fearless, that I don't always care what people think [about] what I personally wear.

Well-said! We can learn a lot from Heidi. From what to wear to how to handle negativity, she's got amazing advice for all sorts of scenarios.

More like this
Sandra Bullock, Girlboss Extraordinaire
By Matt Harkins & Viviana Olen
Spice Girls’ Net Worth: The Richest Member Is Wealthier Than The Rest Combined
By Hugh McIntyre
Lizzo Shared An Iconic Throwback Robert Pattinson Photo With No Context
By Brad Witter
'Love Island' Is Ditching Fast Fashion Partnerships For A More Sustainable Sponsor
By El Hunt
Get Even More From Bustle — Sign Up For The Newsletter