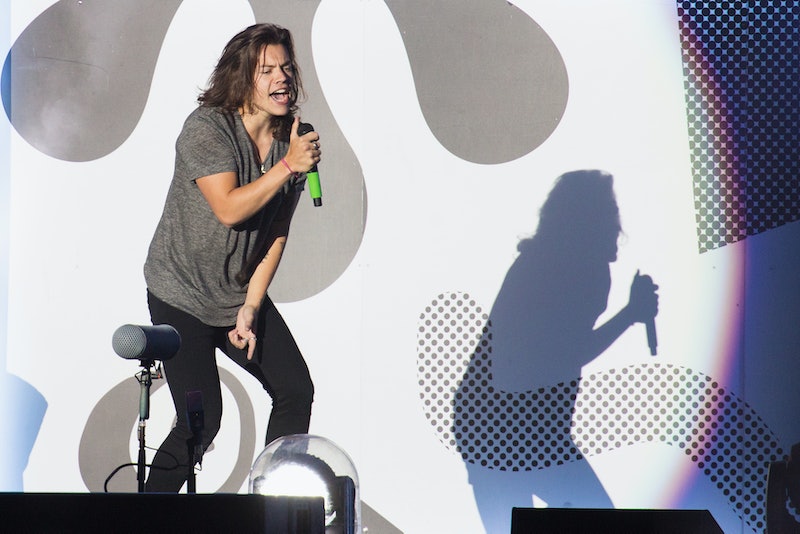 To say it's been an eventful year for One Direction would be a huge understatement. First, Zayn Malik announced he was leaving the band back in March. Despite Zayn's absence, the other four guys soldiered on, continuing their tour and dropping new songs as if nothing changed. Then we found out another bombshell — Louis Tomlinson is going to be a dad. As if that wasn't enough for any Directioner's heart to handle, the shocking news continues: One Direction may be splitting up next year. Or at least they'll be taking an "extended hiatus," according to a report by The Sun. Heartbreaking news, for sure, if it's true. So when can you see One Direction's last concert, if the report turns out to be confirmed?

Don't worry, I found the answer you're frantically trying to Google at this very moment. One Direction's final show will be on Oct. 31 at Motorpoint Arena in Sheffield, England. This is the final stop of the On The Road Again Tour 2015... and potentially their final stop of all time. They should change the name to the On The Road For The Last Time Tour, huh? Joking aside, if the rumors really are true, it will be fans' last chance to see the band, so you might not want to miss this one.

Although it might not be so easy. As if the news couldn't get any worse, the official One Direction tour website says that all of the band's U.K. shows are sold out. But don't lose hope just yet! As an alternative, they encourage fans to purchase tickets from a website called Twickets. Warning against possible scams, the 1D site says,

The only way to buy tickets from this point on is via the Twickets app. Please do not try and buy tickets from Gumtree, social media, E-bay, Stubhub, or any other site as your tickets may not be valid. Official tickets can be bought via Twickets at face value plus a standard 10% booking fee.

Trying to get tickets seems like it will definitely be a challenge, but for those lucky enough to see the show, I'm sure it'll be legendary. Especially since the concert takes place on Halloween. (Fingers crossed that the guys dress up in crazy costumes!) Knowing 1D and their dedicated fans, they'll make the most of it and really will dance all night to "The Best Song Ever."