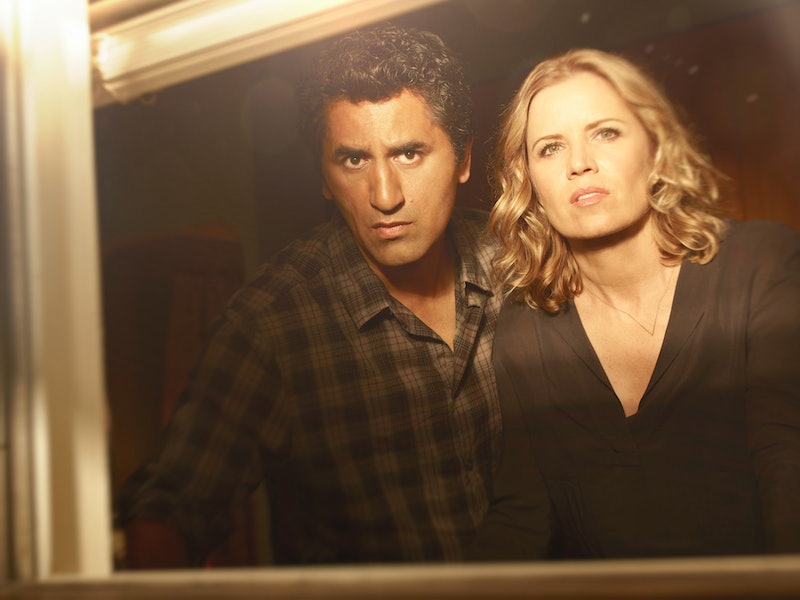 The first episode of AMC's spinoff/prequel Fear The Walking Dead may have been as slow-moving as a freshly spawned zombie, but things are about to start falling apart pretty quickly. At least, that's what the Fear The Walking Dead Season 1 preview made it seem like. Now that the seeds for the zombiepocalypse have been planted, the show can get down to the nasty business of dismantling society one brick at a time.

There are a couple of indicators that the collapse is going to happen a lot faster than we think. For one, the first season of the show is only six episodes, so the writers have just five more weeks left in which to steer their show towards a climactic breaking point; and two, Rick Grimes was supposedly in that coma for only four to five weeks, which means civilization is going to have to decay fairly rapidly in order for Fear to accurately line up with its predecessor.

But the one-minute promo for the weeks ahead promises plenty of that action... and plenty of the titular fear, too. There are creepy kids in masks, police shooting (zombified) civilians, riots, soldiers driving humvees down suburban streets, and lots of general panic, running, and screaming. "No satellites, no internet, no cell phone," someone warns in voiceover. (Perhaps Tobias, the kid at Madison's school who seems to be the only one who has any idea what's going on?) "The electrical grid will collapse, communications will fail, it's all gonna go to hell." Watch the full preview below.

One of the most intriguing aspects of Fear will undoubtedly be the military's response to the outbreak. How exactly will America become a post-apocalyptic wasteland in four weeks because of slow-moving corpses? This is a question many Walking Dead fans have had for years — and one that the comics and original series were conveniently able to ignore, picking up after the fact. But Fear will be forced to tackle that issue head-on.

"We are on the offensive," a smiling army captain addresses a crowd. "You guys are the lucky ones!" But something must quickly take a turn for the worse, since the very soldiers who were cheerfully helping our protagonists moments before are soon seen attacking citizens in their own homes. "[Men] do evil because of fear," someone tells Madison, giving a wink-wink shoutout to the show's title. Tune in to watch society's collapse next Sunday on AMC.