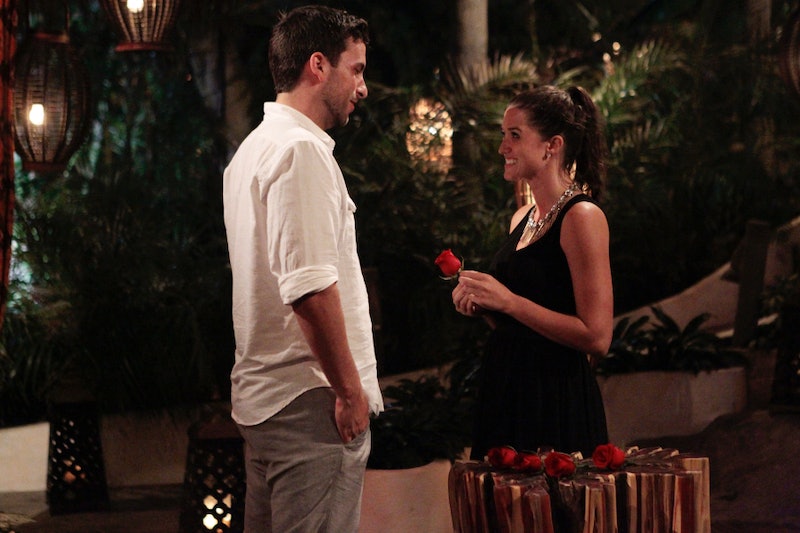 Among all the drama on the show, Jade and Tanner are really in love on Bachelor In Paradise . It's so great that an actual couple has found love during this season — but will they last? On Instagram, Jade and Tanner are posting about each other, but there's been no confirmation yet that they're still a couple post-Paradise. On social media, they've been mostly posting images and memories from the show with cute captions — although most of those memories do involve each other. And, they interact with each other a lot on Twitter a lot, too. These are all actions would only occur if they were at least still on good terms — or still a couple after the show ended.

There are even rumors that Jade and Tanner will get engaged by the end of this season, according to E! Online. "Getting engaged at the end seems pretty crazy. Would I be totally close-minded to that? No, If that was the right person that I met here than you never know," she told E! News. "But I really came here to find my somebody. That's what I want. I want to leave the situation with somebody I love and see how that develops in the real world." According to social media, it's hard to tell how #Janner is making it in the harsh reality of, well, reality, but they certainly seem invested in each other.

1. They Reminisce About The Good Times

If things are still good between Jade and Tanner, they would be looking back at the beginning of their courtship like, "aww, this is when we fell in love."

2. And The Awkward Times

When you're blissfully happy, the awkward times seem so funny in retrospect.

3. They Refer To Themselves As "Janner"

Which came first: The fan-made portmanteau of their names, or did they start calling themselves that before the fans latched on? Either way, it's too cute, and it would be weird if they used that hashtag on IG and on Twitter as a broken up couple. I'd say this is a good sign that they're still together.

4. They Stand Next To Each Other In Group Photos

I don't want to be presumptuous, but you don't stand next to people you don't like in group photos, right?

5. They Make Pic Stitches Of Photos With Each Other

Pic Stitches take pretty much double the time it takes to post a single, regular photo to Instagram. So that means you don't Pic Stitch photos with folks (or food) you don't really like or aren't totally into. Pic Sitches = good sign.

Perhaps Tanner wasn't into the sunsets, because he found something he was way more into, like his lady love Jade? Could this be a hint? I don't know if the show would like how obvious they're being on Instagram, but I don't even care if they're spoiling the ending because they're too cute for words... hence all the pictures.