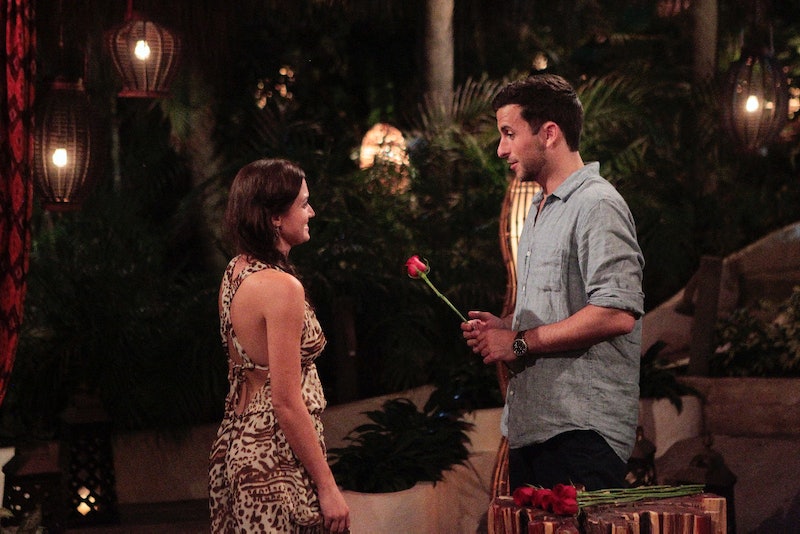 We are only a week into the Season 2 of ABC’s Bachelor in Paradise, but couples are already starting to form. Besides Carly and Kirk hitting it off, Tanner and Jade’s relationship is already progressing and personally I think it’s the one that’s going to stick. You can ask anyone I watched the premiere with, before their one-on-one date (and without reading Reality Steve spoilers), I predicted that Jade and Tanner will become the new Marcus and Lacy this season — aka Jade and Tanner will fall in love and get (fake) married on Bachelor in Paradise, just like the couple before them.

If you missed the first episode of the season, all you really need to know is that Jade was kind of interested in Jared, but quickly realized that if she went for Jared, the wrath of Ashley I. would quickly follow, so she asked Tanner out on her date. Both of them ended up hitting it off, and it seems like no one is going to interfere with them and that they will probably continue their romance throughout the whole six weeks on the show, which is why I am dubbing them the new Marcus and Lacy — and here's the proof.

2. They Moved Into Relationship Mode Quickly

While Carly and Kirk are hot and heavy on the show, Tanner and Jade seem to be more about exploring their emotional relationship versus a physical one, and it seems like that’s the way to last on a show like this.

3. They Are Removed From The Main Drama

After Marcus and Lacy began dating they pretty much were off doing their own thing, completely removed from all the drama in the house, and you can already see that happening with Jade and Tanner. They will likely make it known that no one else can ask them on a date and avoid all of the drama.

4. They Went First In The Rose Ceremony

The strongest relationships in the house tends to always go first, because viewers know who is getting the rose. Producers save the mysteries for the end of the rose ceremony. I have a feeling Jade and Tanner will be the first names in every rose ceremony until the end of the show.

5. They Are Already Opening Up

Tanner didn’t waste any time asking about her Playboy shoot (and allaying her worries that it would be an issue), and he mentioned that he made the mistake of not diving in and opening up the last time. So, now he understands that important things need to come up fast. Sounds like Marcus and Lacy to me.

6. Lacy Even Gave Her Approval

Lacy was on the first episode of After Paradise and when asked who she thought was going to last on the show, she called out Jade and Tanner saying their relationship is strong and if anyone was going to make it, it was going to be them. With the Lacy stamp of approval, I wouldn't be surprised if Jade and Tanner ended the show with an engagement of their own.

More like this
'Bachelor In Paradise' Finally Announced Its Season 8 Release Date
By Kadin Burnett and Grace Wehniainen
Winter 'Love Island' Will Be Back In 2023, ITV Bosses Confirm
By Maxine Harrison
Kim Kardashian Reveals The First Text She Sent To Pete Davidson
By Jake Viswanath
Pete Davidson Pops Up In This Hidden Scene From The Kardashians Season Finale
By Jake Viswanath
Get Even More From Bustle — Sign Up For The Newsletter