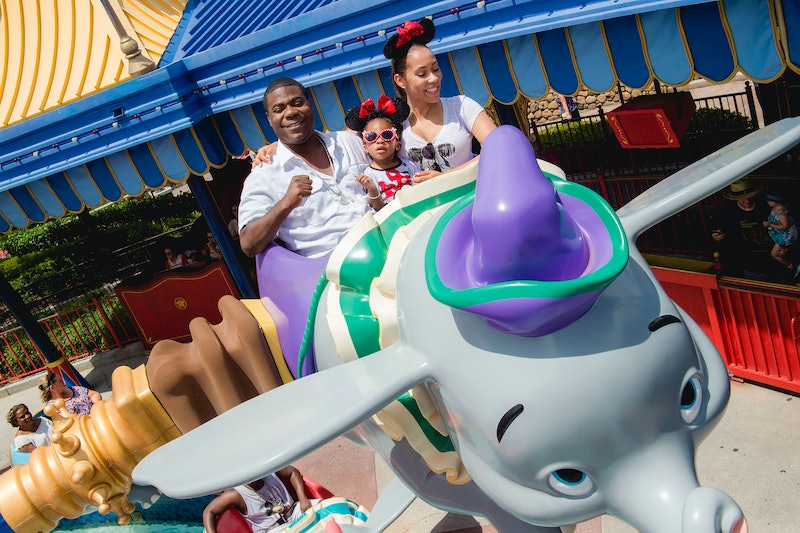 In absolutely heartwarming news, Sunday night brought with it the revelation that Tracy Morgan has gotten married to Megan Wollover, a burst of happiness that the comedian certainly deserves after an incredibly difficult year of physical and emotional recovery in the wake of a horrifying accident. Between the wedding and the fact that Morgan will host Saturday Night Live in October, it truly feels like the comedian is making the kind of comeback that we've all been dying to see. The wedding is reported to have been an "emotional ceremony," with Wollover stating, "After almost losing Tracy last year, I am so grateful to finally be married to the love of my life." But which celebrity friends were at Morgan's wedding? Sadly, that's still unconfirmed.

According to People, the two exchanged their vows in front of "close friends and family," and US Weekly reports that wedding took place in Cresskill, New Jersey. However, the only guest that is specifically named in any of the reports so far is Wollover and Morgan's 2 year old daughter, Maven Sonae Morgan, who probably played the role of flower girl to her parents. People also has official wedding photos from the ceremony that show just how glowing and happy the pair were as they did something they've clearly been dying to do for quite some time. It's enough to bring a tear to my eyes, honestly.

With no confirmed guest list, we'll have to hazard a guess or two. Among Morgan's close friends are rappers like Ice T, 30 Rock alums like Tina Fey, and Saturday Night Live alums like Amy Poehler (who also, in general, should be wherever Tina Fey is, and vice versa). Morgan is also close friends with comedians Ardley Fuqua and Jeffrey Millea, both of whom were in the limo with him at the time of the car crash in 2014 and might certainly be present for such an important and happy moment in Morgan's life. It's still hard to say for sure who counted among the close friends present for the ceremony, and how many close friends you can invite before your ceremony goes from small and intimate to large and exciting, but those five celebrities are a great place to start.

Above all else, just the fact that Morgan now has this precious memory to get him through the upcoming months in which he makes his return to his former status as a comedy legend is heartwarming. No matter which friends were invited, which friends could make it, and which friends couldn't make it, the fact that Morgan was able to avoid, as he stated, "walk my wife down the aisle with a cane or in a wheelchair," is a cause for celebration. Congratulations to the happy couple.