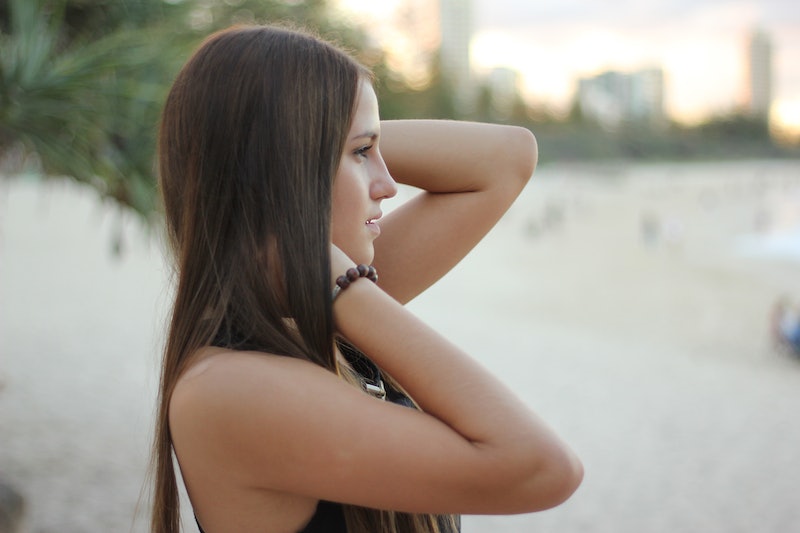 Our bodies are always trying to send us some kind of message about our overall health. Half the battle is learning to recognize these signs, as sometimes they aren’t as obvious as we’d like them to be. We’re familiar enough with the common warnings of poor health — oddly fluctuating body weight, blotchy skin, bad body odor. But we haven’t been trained to track the bizarre more cues, like the length of our fingers. Rebecca Goldin, a researcher and mathematician at George Mason University, told Wired that we now have access to huge databases of bizarre information that relate to our well-being. Doctors can use offbeat characteristics as jumping-off points to diagnose cancer, heart disease, and chronic ailments.

Goldin also reminds us that these strange benchmarks shouldn’t be taken as gospel. It’s common to see medical professionals disagree on a few topics; something will get published in a medical journal, only to be heatedly challenged by another doctor shortly after. While it’s important to know what our potential risks are, we should always keep the lines of communication open with our own physicians. The good thing is that if you listen to the signs and catch some of these issues early enough, you can treat them and get on merrily with your life. Here are seven of the weirdest indicators of your health.

Before you go for your next mani-pedi appointment, take a peek at what your nails look like, because they could be an indication that something isn’t right. Looking at color is a good place to start. If there’s any redness showing up, it could be a sign of lupus, a disease that causes your immune system to attack the healthy tissues in your body. This condition is usually paired with rash on the backs of your hands, along with swelling at the base of your nails. Talk to your doctor if you spot yellowish hues, too, as these could point to serious respiratory diseases, such as chronic bronchitis.

Maybe the color is perfectly normal. Fine, you can check that off the list. But there’s more to look for. For example, Beau’s lines are indentations that run across the nails horizontally, and they’re not always a great sign. They happen because the growth at the cuticle is disrupted by illness or injury, and are associated with diabetes that isn’t being treated properly and peripheral vascular disease. They could even indicate that you’re suffering from measles, mumps, or pneumonia. A less serious potential cause is a zinc deficiency.

In 2009, a study in the medical journal Stroke discovered that women with small calves — around 13 inches or less — were more likely to develop carotid plaque, which can often lead to strokes. Women with larger calf muscles have more subcutaneous fat in their leg, which take fatty acids from the bloodstream and store them where they won’t harm the body. Smaller calves don’t have the same capacity to do this, so those fatty acids aren’t taken care of.

If you’re staring at your teeny calves right now and freaking out, stop while you’re ahead. You can prevent a heart attack or stroke with a healthy diet and exercise. Ask your doctor if you are seriously at risk, and perhaps start incorporating green tea into your daily routine. Studies have shown that Japanese folk who drink five or more cups of the elixir a day have a lower chance of developing heart disease.

3. Your Sense Of Smell

Are you having trouble identifying scents, or simply can’t pick up on the same smells as your friends? Chances are you just have a stuffy nose — but you might also be showing early signs of Alzheimer’s. The U.S. National Institute of Neurological Disorders and Stroke conducted a study which found that mice that produce high levels of amyloid precursor protein — a chemical associated with Alzheimer’s — experienced higher rates of damaged nerve cells in their noses. Mice without the Alzheimer’s protein, and were otherwise in identical health, had no trouble with their sense of smell.

What this neurological disease does to the olfactory system is similar to what happens in the rest of the body, but the loss of smell occurs much sooner. If you have a history of Alzheimer’s in your family and you feel like your scent isn’t what it used to be, discuss it with a medical professional.

4. The Length Of Your Index And Ring Fingers

While you’re running a visual test on your fingernails, you might as well take a look at your fingers themselves. There are two genes, called HOXA and HOXD, that work their magic when you’re in the womb. They develop the length of the index and ring fingers, as well as create testosterone, a hormone that is important whether you're male or female. If there is an "imbalance" of sorts, the index (that's your pointer finger) will be shorter than the ring finger, and women who fall under this category are twice as likely to suffer osteoarthritis in their knees, according to a 2008 study in the journal Arthritis & Rheumatism.

If your ring finger is longer, you probably have lower levels of estrogen than the next person. Although it’s not a guarantee you’ll eventually develop osteoarthritis, a lack of estrogen certainly contributes to that possibility. Treat your knees kindly — that means keeping high-impact sports to a minimum — and incorporate strength exercises into your daily routines.

Dr. Andrew Iwach, associate clinical professor of ophthalmology at the University of California San Francisco, tells WebMD that the eyes are the only place where you can see bare nerves, arteries, and veins without doing any cutting, and they can reveal what is occurring in the rest of the body. If you normally have bloodshot eyes, it could be a subconjunctival hemorrhage. Translation? There was a blow of tiny blood vessels in the eye that could indicate high blood pressure or a platelet disorder, which interfere with clotting.

Our pupils are meant to be symmetrical, and if one is bigger than the other, it could be a hint of syphilis, multiple sclerosis (MS), or a brain tumor. Also, the color of the eyes is important to consider; yellow hues indicate a buildup of bilirubin, a chemical introduced by the breakdown of oxygen-carrying molecules called hemoglobin. This could mean you are nursing a complication of the liver, which could include hepatitis or cirrhosis. Keep an eye out for thickened eyelids, which could point to hereditary disorders, and bulging eyes, which are caused by thyroid diseases.

The Journal of Epidemiology and Community Health claims that women whose “legs are on the stocky side” (I prefer to call mine “compact,” thanks very much) need to take extra care of their livers. Those who possess lower limbs — between 20 and 29 inches — generally have higher levels of enzymes associated with liver disease. There are more factors to consider, though, such as your lifestyle and the diet you grew up on.

To prevent your liver from turning on you, limit your alcohol intake and protect yourself from the harsh chemicals that are found in cleaning supplies. Acupuncture is also said to be a great way to keep your liver and the surrounding organs in good health, reducing inflammation and circulating blood more effectively.

Surprisingly, your cup size can relate to mental health. Women with large breasts — or mismatched breasts — are more likely to suffer from eating disorders and lack of self-esteem, according to a study published in the journal Plastic and Reconstructive Surgery (which obviously has a horse in this race). This relates to the inability to exercise regularly and comfortably. A woman with a D cup or larger is also 1.5 more times likely to develop Type 2 diabetes, because the fat tissue in that area tends to resist insulin.

Moving more often truly does help, though, as studies have shown. Even doing 30-second sprints on a bike improves the body's ability to metabolize blood sugar — and just after six sessions. This can prevent diabetes as well as improve overall emotional wellbeing.

More like this
6 Abortion Advocates To Follow On TikTok
By Sara Youngblood Gregory
How To Protect Your Digital Privacy If You Need An Abortion Post Roe v. Wade
By Kaitlyn Wylde
6 Full-Body Tabata Workouts, Straight From Trainers
By Carolyn Steber
Britney Spears & Sam Asghari Announced Their “Devastating” Pregnancy Loss
By Stephanie Topacio Long
Get Even More From Bustle — Sign Up For The Newsletter