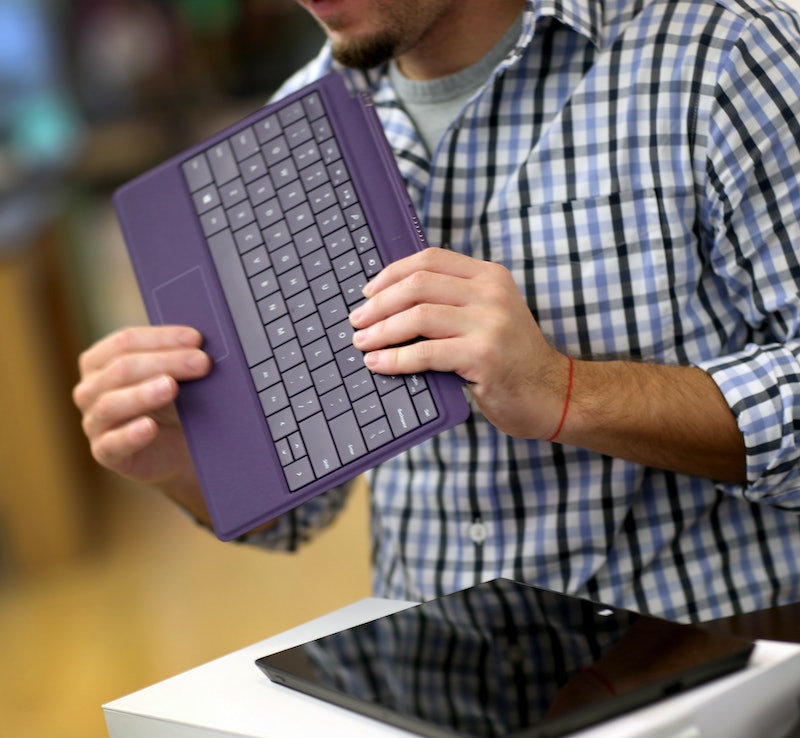 The Ashley Madison hack exposed millions of people, many of whom were using the site to have affairs. The responses have ranged from calls to respect people's privacy to attempts to shame those who had used the site. But even as it continues to be a common topic for discussion, the way in which the Ashley Madison hack could put many LGBTQ folks at risk needs to be made explicitly clear. Recent remarks about the hack have primarily revolved around Josh Duggar's alleged Ashley Madison accounts, but for many users worldwide, the hack could have consequences that extend far beyond angry tweets.

Ashley Madison may be based in Canada, but its users are located all over the world. Currently, homosexuality is illegal in 79 countries, and is punishable by death in certain countries. Although the death sentence is rarely doled out for this particular offense, criminal charges and social shaming are still highly likely. It's worth noting that in the countries where homosexuality is punishable by death — such as Iran, Iraq, Yemen, Nigeria, Saudi Arabia, and a few more — Ashley Madison is not available. But if a citizen leaves the country and sets up an account, their information would still be released in the hack, leaving them vulnerable once they're back in their home country.

For example, last month, when the Ashley Madison user information was on the verge of being disclosed, one Reddit user claimed in the LGBT and Legal Advice subreddits that he was a gay man in Saudi Arabia whose life was in danger because he used Ashley Madison while he lived in the United States as a student.

I am from a country where homosexuality carries the death penalty. I studied in America the last several years and used Ashley Madison during that time. (For those of you who haven't been following the story, Ashley Madison has been hacked and its users' names and addresses are on the verge of being exposed.) I was single, but used it because I am gay; gay sex is punishable by death in my home country so I wanted to keep my hookups extremely discreet. I only used AM to hook up with single guys.

The user, ICouldBeStoned2Death, has since updated his original post to say that he had obtained a plane ticket to the United States and had been put in touch with a paralegal at a major U.S. law firm. But this is just one example of the potentially devastating consequences of the hack. In addition to LGBTQ folks, women are likely to be disproportionately affected by the release of the Ashley Madison information. In 2012, way before the hack was a concern, the United Nations Office of the High Commissioner for Human Rights slammed adultery laws for violating women's human rights — which could seriously affect women who might have had an account on the site.

Adultery laws have usually been drafted and almost always implemented in a manner prejudicial to women. Provisions in penal codes often do not treat women and men equally and establish harsher sanctions for women, and in some countries, rules of evidence value women's testimony as half that of a man's.

In Pakistan, a women who has an extramarital affair could possibly be stoned to death. In the Philippines, a woman might face charges for having sex with anyone other than her husband, while a man can only face charges for concubinage. Let's not forget what happens stateside, either — though people are rarely prosecuted for adultery, it is still technically illegal in 20 states, and is considered a felony meriting imprisonment in Oklahoma.

On top of all this, the hack demonstrated just how nonexistent Internet privacy is — the database with all of the users' contact information was extremely revealing, going so far as to list specific sexual fantasies. This, coupled with the fact that the two Ashley Madison users allegedly committed suicide after their information was exposed, should make it clear that actions like this can have dangerous consequences and that this issue is not morally black and white.

Ultimately, the hack and data release come down to privacy and power dynamics. At the White House cybersecurity summit earlier this year, Tim Cook — who had at that time recently come out as gay — made a powerful statement about the nature of privacy, and the consequences of breaching it. This statement can now serve to highlight exactly how problematic and dangerous the Ashley Madison database release is, and how it further marginalizes people who are not in positions of power.

We still live in a world where all people are not treated equally. Too many people do not feel free to practice their religion, or express their opinion, or love who they choose — a world in which that information can make the difference between life and death.