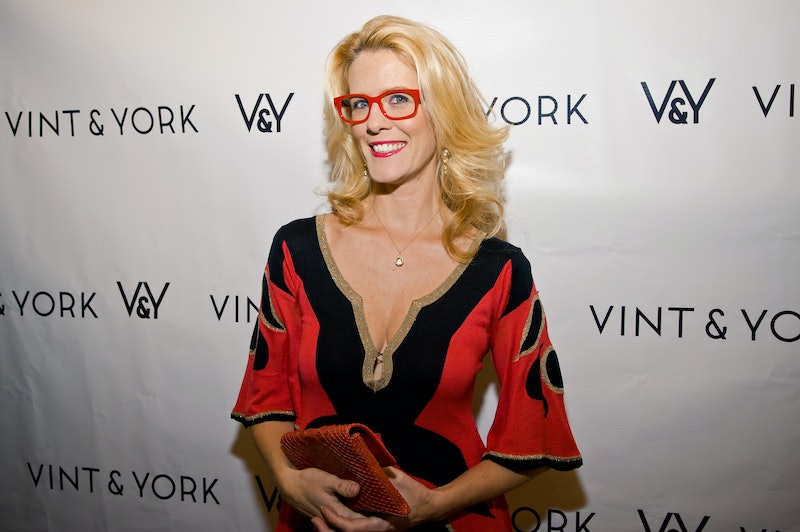 Alex had an interesting relationship with most of the ladies on the show. She was portrayed as a social climber with a weird husband, which was probably only half true. She also delivered the oft-uttered line, “You are in high school and I am in Brooklyn” to frenemy Jill Zarin (who I really feel will never be asked back on Real Housewives Of New York simply because she wants it so bad).

Most of the original ladies have had a change of heart and either jumped back on the show or were asked on, but I don’t think that Alex will be one of them.

Why? Well, she’s not a housewife of New York anymore. Earlier this year, Alex and her husband, Simon Van Kempen, packed their bags and their two kids and moved to Simon’s native Australia, about two hours south of Brisbane.

Why’d they go? Were they just sick of New York high society slinging and whining? In an interview with Bravo, Alex said:

“Over the last few years, all of Simon's family have reconvened from as far as Europe to all live within 20 minutes of each other on a collection of beautiful beaches on the north coast of New South Wales. We are the last of the family to move back, and it's time.”

She also went on to say that it was time for a new adventure for the Van Kempen/McCord household, noting that her children had never lived anywhere else. Family and a change of scenery are pretty great reasons to move, don’t you think? The family sold their Brooklyn townhome (viewers saw its renovation during one of the seasons of RHONY), and Alex shared some pics of their new digs on Instagram earlier this year:

A pool and some shady trees? BRB, I’m buying my plane ticket to visit right now. I’m not sure what she’s doing for work (or if she’s working at all), but as the Real Housewives franchise has expanded to Australia for Real Housewives Of Melbourne, the former Real Housewife could certainly find some work commentating on that group of ladies. You can only run so far from the franchise, Alex.