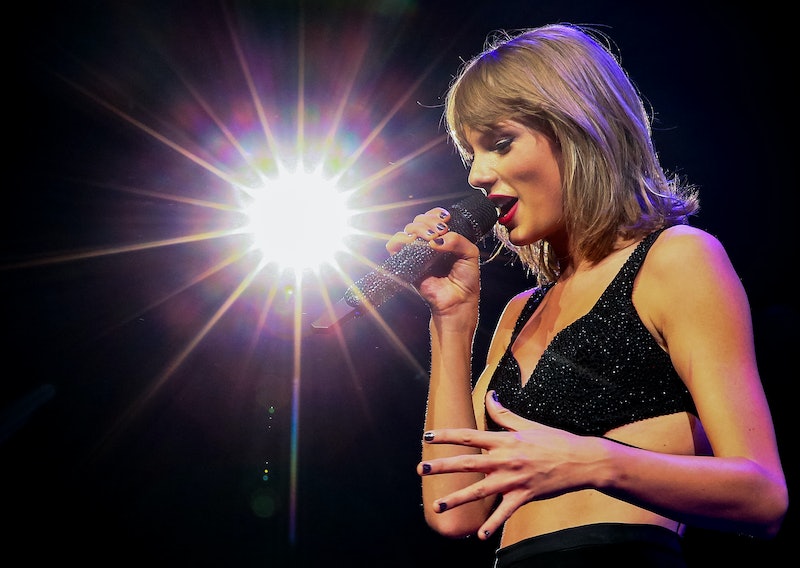 Taylor Swift is, as we all know, the unofficial queen of the world. T. Swift has been known to bring on a myriad of guest singers to duet with during her live shows and her 1989 World Tour is no exception. Taylor Swift has had surprise guests including Fifth Harmony, Mary J. Blige, and Fetty Wop during her 1989 World Tour Live, with her most recent guest, Alanis Morissette, covering "You Oughta Know" with Taylor Swift.

Tickets to Taylor's concerts are highly coveted and for good reason — the T. Swift concert experience is like no other experience on this planet. You might have to sell one of your kidneys on the black market to be able to pay for them but, rest assured, if you get Taylor Swift concert tickets, you're going to get your money's worth. Taylor is really pulling out all the stops this year with her guest stars (it's actually getting a bit ridiculous) and, if nothing else, you will go home from the Taylor Swift 1989 World Tour Live thankful that you got to see some dope special guest appearances and hear Taylor sing some songs by other artists.

Just in case you're a poor peasant like me and can't afford T. Swift tickets, I have made it my mission to round up all of the videos I could find of Taylor Swift covering songs by other artists so soak in these 14 great Taylor Swift covers and go pretend like you've been to her concert to all of your friends.

Taylor's voice lends well to that indie sound. I would love to hear more of this side of Taylor.

"Jenny From The Block" with Jennifer Lopez

J. Lo joins T. Swift on stage to cover the anthem of your middle school years.

An unlikely combination of songs but, as usual, Taylor kills it.

Taylor channels Train and absolutely knocks it out of the park.

"Cry Me A River" — Justin Timberlake

I never thought I would like a non-JT version of this song but Taylor changed my mind.

I am decidedly against country music but Taylor makes me like it with this charming country medley.

Who better to sing when performing in St. Louis than Nelly?

Selena joins Taylor onstage to sing "Who Says"... Now if only the crowd would quiet down so we can hear the song.

Taylor channels some other female artists at a concert in Philadelphia.

This seems like an unexpected choice for Taylor but of course it's wonderful.

Taylor invites the great James Taylor onstage to perform "Fire and Rain" by her side.

TBH, I'm surprised any of Taylor's fans even know this song.

"Cowboy Take Me Away" — Dixie Chicks

Any Dixie Chicks is a good thing in my book.