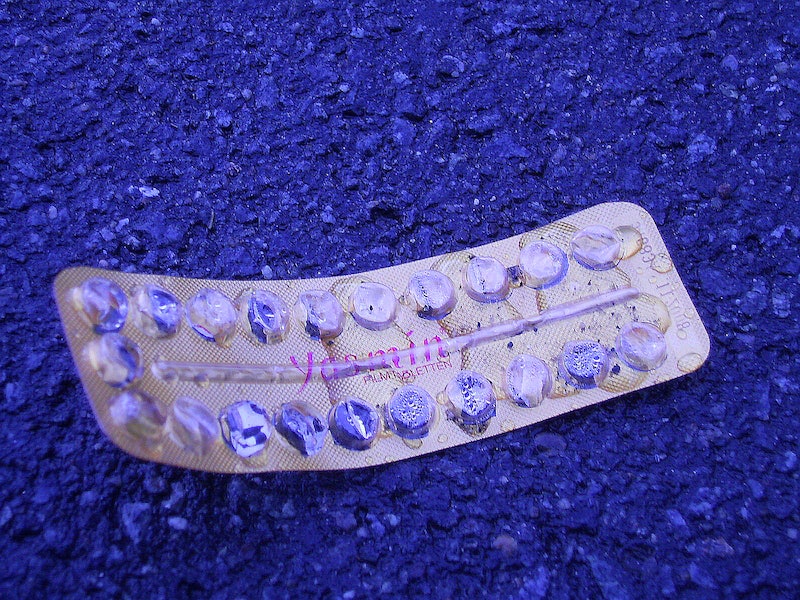 The Internet is flooded with information about contraception these days, and you have probably heard your fair share about IUDs and diaphragms and any other form of birth control that is available through your insurance provider. As you're wading through the muck of statistics, though, there are a few things you need to pay attention to more than others. If you're either currently taking the birth control pill or you're shopping around for new contraception, listen carefully — because the most significant risk you face when you choose the Pill is developing blood clots.

Women who use the Pill are four times more likely to form blood clots than those who have elected an alternative method of birth control, and the newer form of the Pill puts us at a higher risk than the products that were previously available to us. Many women are choosing the Pill anyway — it is still the most widely used form of birth control— mainly because the new and so-called improved version boasts a lesser likelihood of weight gain and chronic headaches. But compared to the first-generation pills, females who regularly take what is administered today actually have a 1.8 greater chance of developing blood clots. Additionally, doctors simply aren't warning their patients enough of the possibility of blood clots.

Several months ago, 21-year-old Fallan Kurek collapsed in her home and was rushed to the hospital, where she died three days later due to a pulmonary embolism. The doctors told the parents it was directly related to the Pill, which she had only been taking for 25 days. Initially, the only symptoms she experienced were breathlessness and pain in her legs; it soon led to fatal blood clots in her lungs. Rare though these cases are, this particular risk of the Pill is certainly the most significant one to look out for.

This topic is especially close to my heart, as I also suffered a pulmonary embolism when I was 21; fortunately, the doctors caught it early enough — but they said I was less than 12 hours away from a heart attack or stroke. I recovered to live a normal life, without hormonal birth control.

No matter how overloaded your Twitter feed is with articles about the Pill and its role in our lives, don't forget how serious this particular risk is. Here are the facts you need to know about the birth control pill and blood clots.

How Are Blood Clots Formed?

As you know, the two main hormones used in the Pill are estrogen and progesteron; the former doesn't cause blood clots, but it does tremendously increase a woman's likelihood to develop them. The majority of clotting that occurs in pregnant women is also related to the abnormally high levels of estrogen that are present. The types of synthetic progesteron now used in the Pill, including drospirenone, desogestrel, gestodene, and cyproterone, also increase the danger of clotting, especially because they are combined with the super-charged power of estrogen.

Is The Pill The Only Form Of Birth Control That Puts You At Risk?

The Pill isn't the only product out there that paves the way for this condition to arise. Patches like Ortho Evra release estrogen into the system even faster, leaving you with the same risk, and the NuvaRing, which uses hormones in the same way as the Pill, has faced class action lawsuits because of the blood clot injuries that have stemmed from its use. I was using the latter for three months before I found myself in the hospital.

Why Are Blood Clots So Dangerous?

Clots generally start in the legs, then travel to the more sensitive parts of the body. They can result in deep vein thrombosis (DVT), venous thromboembolism (VTE), or pulmonary embolism (PE). Any of these can cause heart attack or stroke — even death. In Kurek's case, the clots stopped her body from receiving enough oxygen, and she was brain dead before she even arrived at the hospital. Dr. Vinogradova says the worst-case scenarios like hers are quite rare, but that doesn't mean we shouldn't worry about the possibility of it happening to us.

If you do survive clotting and are able to move on with your life, the effects stay with you for a long time. The blood thinning medication I was put on for nearly two years after the incident changed the quality of my life, making me feel constantly fatigued and run-down. I'll never be able to take a hormonal form of birth control again. Finally, my doctors told me that I'm now at a much higher risk to form clots since I've already had them; this means I'll need to be closely monitored throughout pregnancy and I have to be very careful with things like flying internationally, as long-term sitting is correlated with clotting.

Can You Tell If You're Getting A Blood Clot?

There are certainly warning signs that can signal something serious is going on: shortness of breath, chest pain, severe pain or swelling in a leg, blurred vision, and sudden headache. If you experience any of these symptoms while taking the Pill, don't waste any time — go to the emergency room and have them run the appropriate tests.

How Do I Know If It's Worth The Risk?

That's your decision. You have the right to ask your doctor to run some tests on you that will give the both of you a better idea whether you are at a higher risk than the next person for blood clots. General practitioners are actually supposed to run thorough checks on their patients to be sure a more susceptible group of women aren't put in danger — sadly, many are failing to do their jobs properly. Before you simply take the packet of little pills from your oBGYN, insist on them taking all precautions necessary to know whether it's a good option for you. One way to find out is by running tests to see if you are genetically predisposed to forming blood clots, which is something you won't know without an experienced doctor and a lab.

Do some homework on your family tree to see what lies in your genes. If there is a history of thrombosis in your bloodline, it's not a great idea to take the Pill. Also, take a peek into how cancer, heart disease, hypertension, diabetes, and obesity play a role in your family. All of these factors make it more likely for you to face clotting.

Is There Any Way To Prevent Blood Clots If I Decide To Take The Pill?

If you are hell-bent on taking the Pill, don't smoke cigarettes — ever. It will put you in the danger zone for clotting. Additionally, maintain a healthy weight and keep moving; a sedentary lifestyle will increase your risks. But sometimes, being in tip-top shape doesn't mean you're entirely safe. As one of my doctors said after multiple rounds of testing, I was "disgustingly healthy," and yet I was still one of the young women who suffered a pulmonary embolism.

You might also consider the many other options out there for your contraception. There is the non-hormonal Paragard IUD, for example, which doesn't affect your ability to clot whatsoever. Professor John Guillebaud, a birth control expert and author of The Pill, told the Telegraph that many women fall through the cracks of the system, and it can't be predicted who will get blood clots and who won't. He urges us to choose a different method that either uses no estrogen or very low levels of it, such as the injection or the implant. No birth control is perfect, and you will always face some sort of risk, but it doesn't have to be as frightening as blood clots.