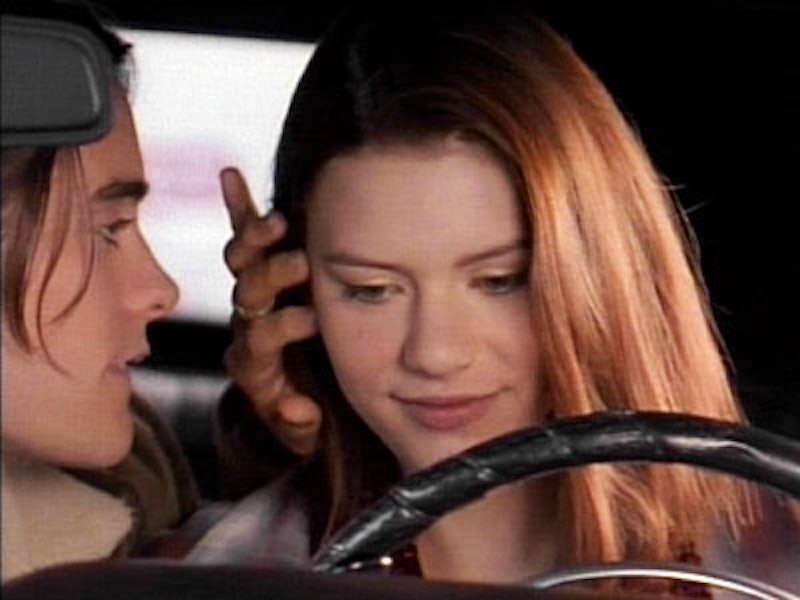 Breaking up is hard to do. It’s so hard in fact, that millions and millions of songs and poems have been penned to document all that heartache and world shattering and endless weeping. But, despite your current level of desperation, it's no lie that time heals (almost) all wounds.

After the weeks, months, and sometimes years have held up their end of the bargain by just simply passing, how will you know you’re officially over your ex? Will it be an instantaneous moment where you feel they’ve been “surgically removed” from your heart, Angela Chase style? Or will it be a slower, steadier diminishing of weepy listlessness? How will you know?!?

First of all you're like "This malarkey is soooo yesterday. Think of all the money I'll save on tissues!"

You stop feeling like the world is about to end every second of every day.

You stop acting like you've just seen Freddy Kruger whenever you accidentally run into the evil, er, totally un-evil ex.

You no longer respond to news of a new girlfriend like your heart is being sucked from your chest by a cheap vacuum cleaner.

You refuse to do this when asked if you’ve heard from him.

Instead, you remain dignified and virtually unscathed.

Then you do this, because well, "HAHAHAHA! I'M DOING. SO. GREAT."

To the point of this:

Because you've found your long lost self. (Hello, friend!)

Which deserves several rounds of these:

And a bit of this:

As your inner goddess screams out:

That's right. There's a Glenn Coco in all of us who gets four Candy Cane Grams once we reach the finish line.