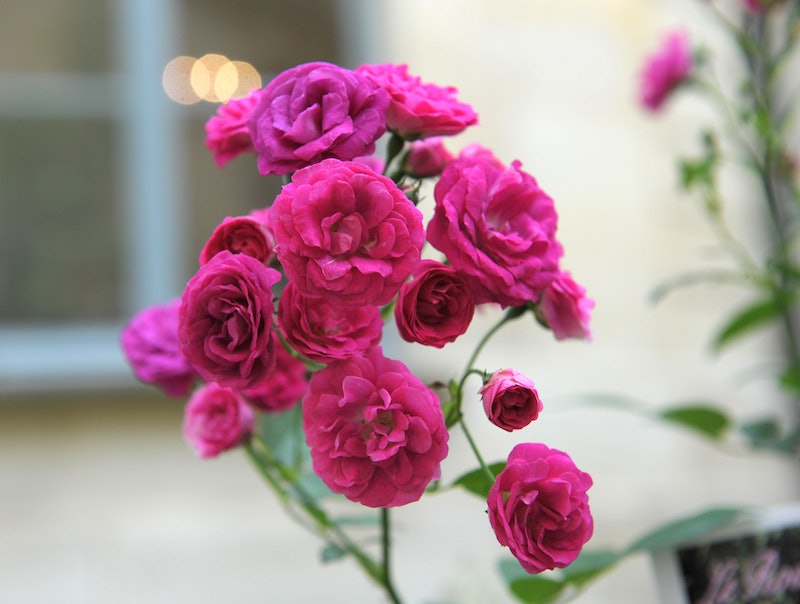 At West Bloomfield High School in Oakland County, Michigan, English teacher Jennifer McQuillan planted a literary garden from clippings taken from American writers' estates. Prominent authors often leave behind legacies to be tended by family and fans, but — barring virtual tours and careful preservation — experiencing these writers' spaces can be a treat only for those with the means to travel. Bridging the gap, McQuillan is trying to turn authors' gardens into a shared experience for her students.

The teens attending West Bloomfield aren't just tending the garden their teacher built; they're growing it. One student, Ilyssa Brunhild, is reminded of the pear tree central to Zora Neale Hurston's Their Eyes Were Watching God. The American literary garden will soon add a pear tree to its roster, but according to Michigan Radio reporter Rebecca Kruth, "it won't come from ... Hurston's homestead because [it] no longer exists." That's not uncommon for women writers, whose legacies are often overlooked for preservation.

Literary gardens have long been famous among book nerds and lit scholars. They serve as retreats and writing spaces for the authors who possess them, and many have shown up within the works they helped to produce. These gardens are often as diverse as the writers themselves, containing trees, flowers, ferns, vegetables, and vines.

If you'd like to create your own literary garden, whether you're a fan or a writer, this is your guide to selecting plants owned or inspired by your favorite authors.

The pear tree is the most enduring symbol from Zora Neale Hurston's work. In Hurston's 1937 novel, Their Eyes Were Watching God, the famous pear tree matures with protagonist Janie Crawford as she grows from a lovesick teen into a strong, sensual woman.

"Tess of the d'Urbervilles" Roses for Thomas Hardy

I can't find much information on why this breed of short-climbing roses is named for Thomas Hardy's eponymous heroine, but they're absolutely gorgeous. Breeder David Austin has other strains named for characters from Jude the Obscure, A Winter's Tale, and The Cadfael Chronicles.

Mark Twain's Hartford home is famous for its odd architecture and large wisteria bushes, which supplied cuttings for McQuillan's literary garden. Wisteria is fairly commonplace, however, so you probably won't have to journey far to find a plant of your own to sample.

Emily Dickinson was said to compare her auburn hair to the red-orange daylilies in her garden. The poet wrote about many flowers, however, and geraniums, roses, and crown imperials were among her favorites.

Red rhododendrons feature heavily at the Manderley estate in Daphne du Maurier's 1938 novel, Rebecca. Although the titular dead wife and her belongings smell like azaleas, the new Mrs. de Winter is as overwhelmed by the rhododendrons as she is by Rebecca's lingering presence at her husband's home.

While living at Chawton Cottage, Jane Austen enjoyed a large garden, complete with a variety of flowers. I've chosen Sweet William for this list, but Austen also planted Hollyhocks, columbine, cornflowers, and syringas.

Beatrix Potter illustrated her stories, but she didn't stop at drawing rabbits and red squirrels. The children's author frequently sketched and painted the flowers in her garden, which included gorgeous violets like the ones above.

Charlie and the Chocolate Factory author Roald Dahl loved orchids. He built a heated orchid house on his English property, Gipsy House, and brought home plants from as far away as Hawaii to grow and enjoy.

Vita Sackville-West's huge, color-blocked garden at Sissinghurst Castle is the gold standard of literary gardens. The white garden — one "room" in the larger Sissinghurst garden — is bordered with crambe, which grows in wild, sprout-like bushes.

Cacti and Succulents for Virginia Woolf

Monk's House was Virginia Woolf's country home, where she grew potted cacti and other succulents. The gardens at this Rodmell estate are lovely, but these little potted pieces — which require more personal attention than hedges and wildflowers — are the essential garden plants for Woolf fans.

Today, Agatha Christie's Greenway estate is stewarded by the National Trust, which maintains the pink and red camellias the writer's husband, Max Mallowan, planted. You can bring a little bit of Christie into your literary garden by planting camellia shrubs.