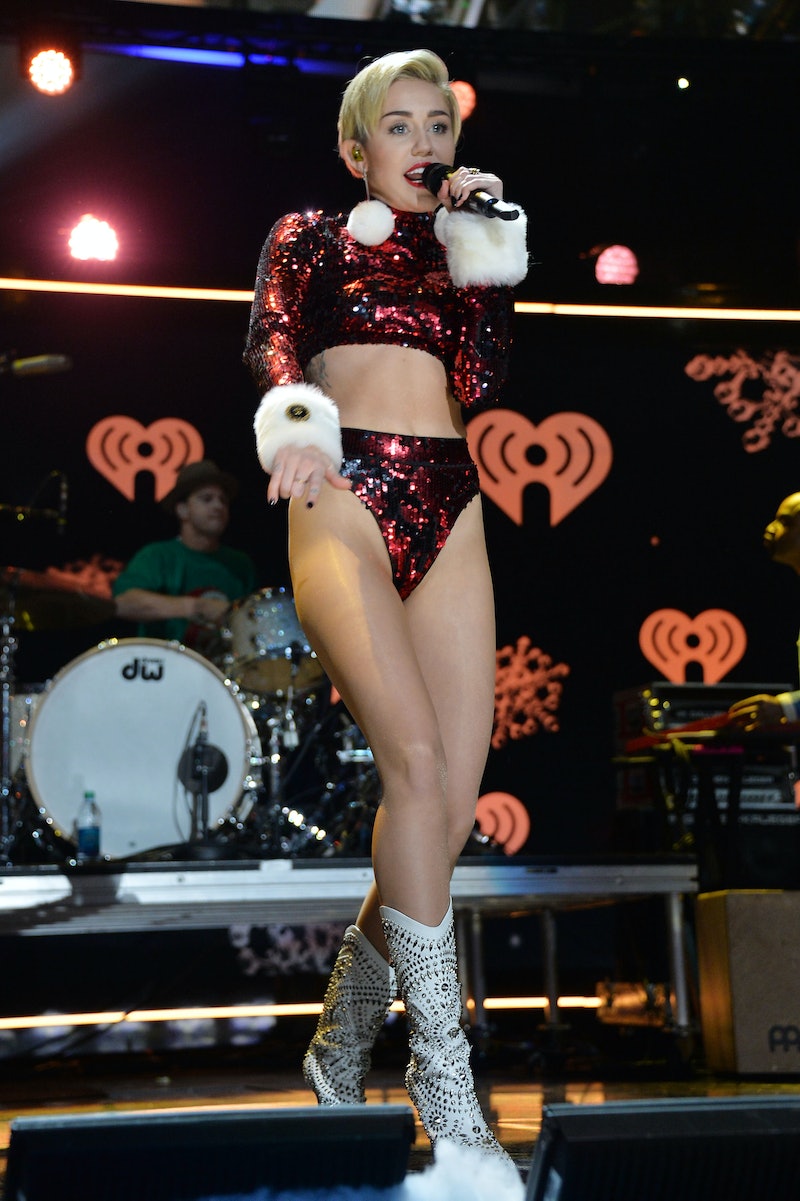 Another boozy-looking Santa Claus, more cropped top and underwear ensembles, and yet Miley Cyrus’ performance at Z100’s Jingle Ball was relatively tame on Friday. Probably the craziest thing about it was that Lindsay Lohan introduced the 21-year-old pop star at the concert, which was held at Madison Square Garden.

Lohan lauded Cyrus, saying that she loves that Cyrus is being "herself" during the performance. Trying to be a Smiler, Lohan? I see what you’re doing there… well played. I get it though; I want to be Cyrus' best friend too. Lohan also tweeted about the event, buddying up to Cyrus: "#jingleball2013 #Z100radio @mileycyrus can't wait to announce a talented beauty"

Cyrus, who donned a sequined, holiday-themed outfit at the annual concert last night, performed her hits “Wrecking Ball” and “We Can’t Stop” off her Bangerz album. No surprises there. She did, however, sing “Get it Right” as well, and did that to a surprisingly subdued (ugh) crowd. You guys were in New York City at Madison Square Garden watching MILEY CYRUS perform for crying out loud… how were you not crying like digital kittens?

During her performance, Cyrus pranced around the stage with backup dancers dressed as reindeer, a Christmas tree, an intergalactic being (or so goes my interpretation of that outfit), and of course, a wife beater-wearing, Bad Santa-inspired Santa. Oddly enough, not a single part of this performance was out-of-the-ordinary. Sigh. I miss crazy Miley.