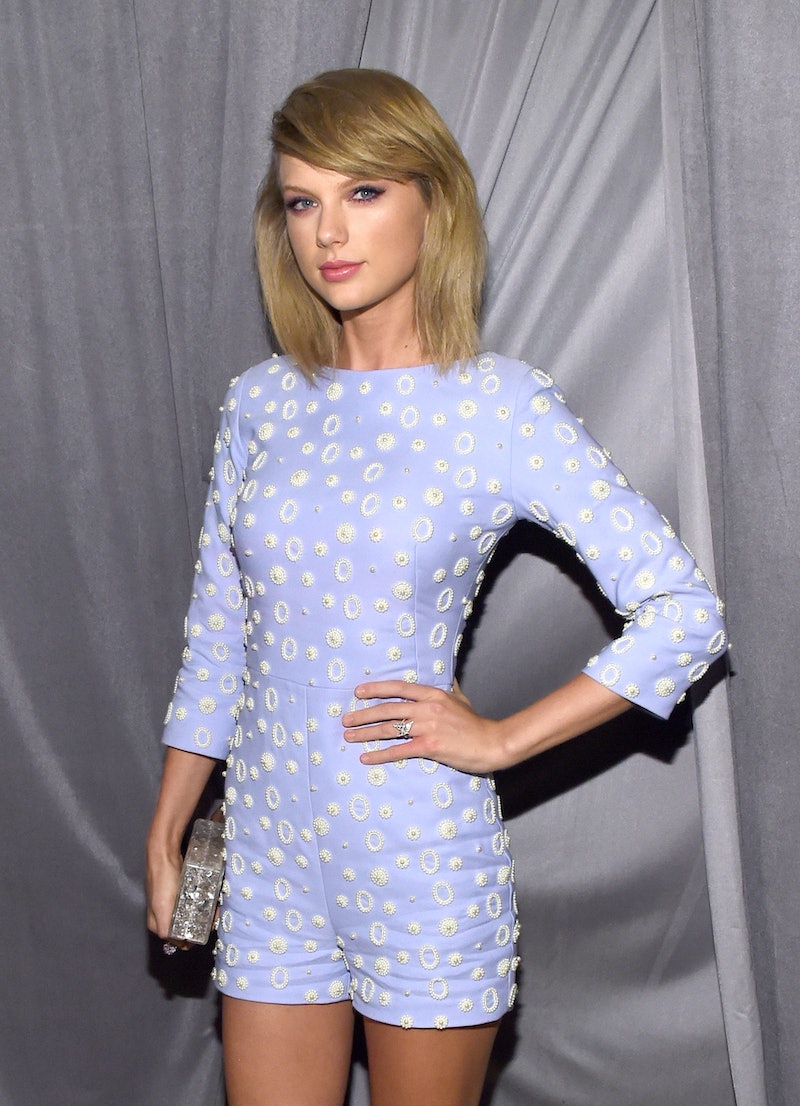 Summer 2015 will forever go down in the history books as the time when over-exaggerated celebrity Twitter "feuds" took over the Internet and when Taylor Swift brought out the greatest guests imaginable at the 1989 World Tour. Usually these two facts aren't interrelated, but this weekend they became one. Swift crushed any belief that there is "Bad Blood" between her and a certain "Sk8er Boi" singer. Yup, Taylor Swift brought Avril Lavigne onstage on Saturday night in San Diego to sing "Complicated" and it was a millennial dream come true.

But before you let nostalgia get the better of you, this moment is about so much more than just Swift and Lavigne recreating your favorite middle-school jam. It was about burying a hatchet that quite honestly got blown out of proportion to begin with. Last Sunday, Avril Lavigne shared a tweet about how all celebrities love their fans equally. She wrote,

Comparison is judging and judging a person does not define who they are it defines who you are. We all Love our fans

The context? This tweet was in response to an article about how Taylor Swift liked a post on Tumblr, which implied she was way closer to her fans than other celebs. It featured a collage of stars like Katy Perry, Kanye West, and Avril Lavigne, who seemed a bit distant or awkward around their fans. This was shown side-by-side with pictures of Tay taking selfies and kissing fans on the cheek. Naturally Lavigne shut down the misconception and even shared her own photo collage.

While that whole instance was handled maturely and pretty positively, headlines still arose about a Taylor Swift and Avril Lavigne feud. Nowadays it only takes a few subtweets to create a headline-worthy rivalry. In most cases, these situations become much bigger deals than they should be and create more drama than there was in the first place.

Because of that debacle, it was so amazing to see Taylor Swift and Avril Lavigne perform together. It was definitive proof that these two ladies are cool with one another. They were essentially asking the whole world, "Why'd you have to go make things so complicated?" By bringing Lavigne onstage, it shows that Swift is trying to make things right. As she says herself, "Band-aids don't fix bullet holes," but it looks like a good jam sesh works wonders.

Before their performance, I'm guessing that the two hashed things out over homemade cookies and decided that the drama totally wasn't worth it. Swift probably wasn't even trying to start any problems by liking a Tumblr post — again, it's just a Tumblr post. It's how people act in real life, beyond social media, that really matters.

And you know what? While we may sometimes forget, Swift is only human. She makes mistakes and occasionally shares things she probably shouldn't on social media. But the key is that she takes action to make it right. The same could be said of her apologetic response to the Nicki Minaj situation.

Based on the photos Lavigne and Swift shared afterwards, I'm guessing things are way less "complicated" between them. After all, Lavigne wrote in one of her Instagram captions,

Such a Pleasure to perform "Complicated" tonight with @taylorswift on her #1989 world tour! She ROCKS

Oh, and there were a slew of heart emojis in there too. Now that that's settled, we can enjoy what we really all came here to see: the two performing "Complicated." The only thing that could have possibly made the moment any better? If they both wore backwards hats with black ties and sang "Sk8er Boi" as an encore. That would be the dream.