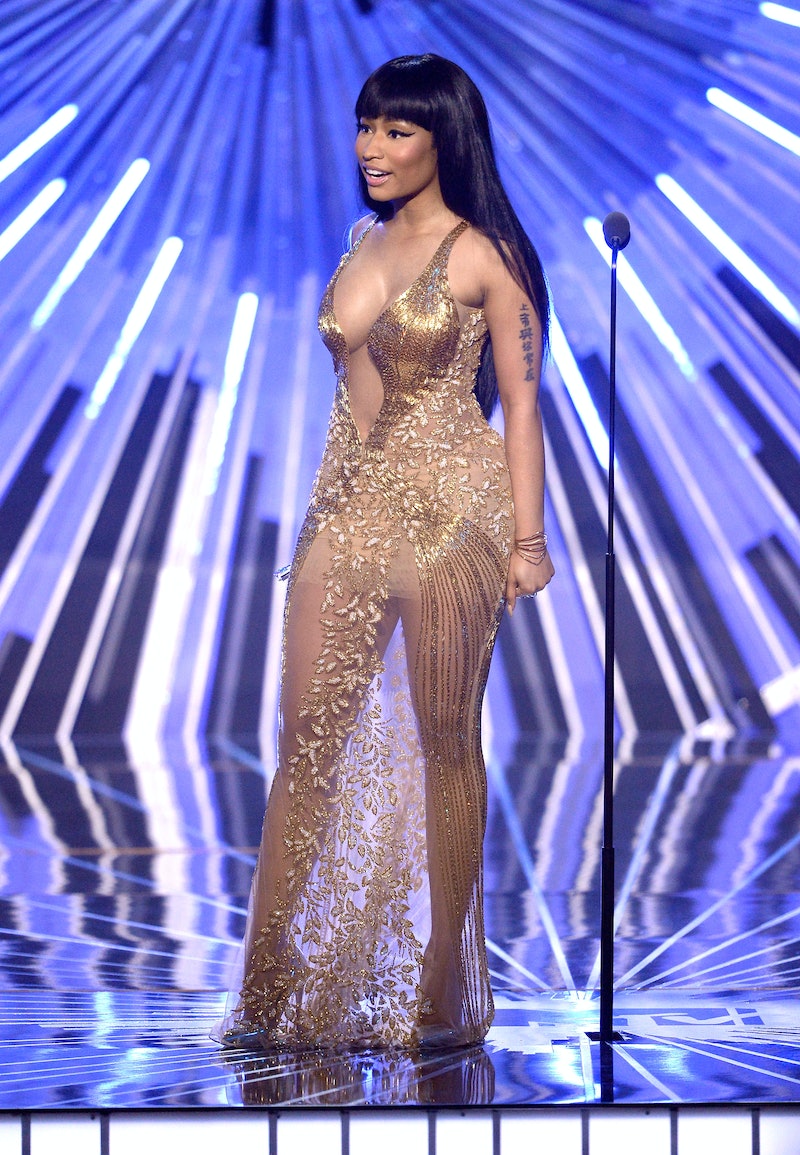 The Nicki Minaj and Taylor Swift feud ended before the 2015 VMAs, but the awards show only added fuel to the fire between the hip-hop artist and host Miley Cyrus. During her acceptance speech for Best Hip-Hop Video, Minaj brought her new beef with Cyrus to the spotlight, referring to the host as, "This b*tch that had a lot to say about me in the press." Many felt this moment was staged for ratings and social media reactions. So, was the Miley Cyrus and Nicki Minaj fight fake? If you pay attention, you'll see this is a legitimate battle that shouldn't be ignored.

Those who question the feud may do so because they don't know how it began. Well, here's a rundown. Earlier this week, Cyrus gave an interview to New York Times, during which she commented on the fight between Minaj and Swift. In her interview, Cyrus said she couldn't respect Minaj's statements regarding fairness in the industry "because of the anger that came with [her comments]."

Cut to the VMAs, where Miley had the chance to offer a sincere apology and unite with Minaj to talk about racism and sexism in the industry. But, she didn't. Instead, the host claimed that the reporter "manipulated sh*t," and then passive aggressively pointed out that she doesn't need a VMA nomination or even a VMA to feel successful. In a way, she did exactly what she accused Minaj of doing — made the moment about her instead of the real issue. Sounds like pretty real anger to me.

Not to mention, you cannot fake a look like this:

Update: Or this one, for that matter:

Only post-show interviews will prove whether the on-stage fight was well, staged. But, for now, we can assume that this feud is real ... and it probably won't end anytime soon.

More like this
Taylor Swift's “Carolina” Theme For 'Where The Crawdads Sing' Soundtrack Is Here
By Jake Viswanath
Taylor Swift Fans Caught A Possible ‘1989’ Clue In Her Latest Awards Show Speech
By Grace Wehniainen
Taylor Swift Explained The Ambiguous Ending To ‘All Too Well: The Short Film’
By Grace Wehniainen
Here’s How Lizzo Is Supporting Abortion Rights After The Roe v. Wade Reversal
By Brad Witter
Get Even More From Bustle — Sign Up For The Newsletter