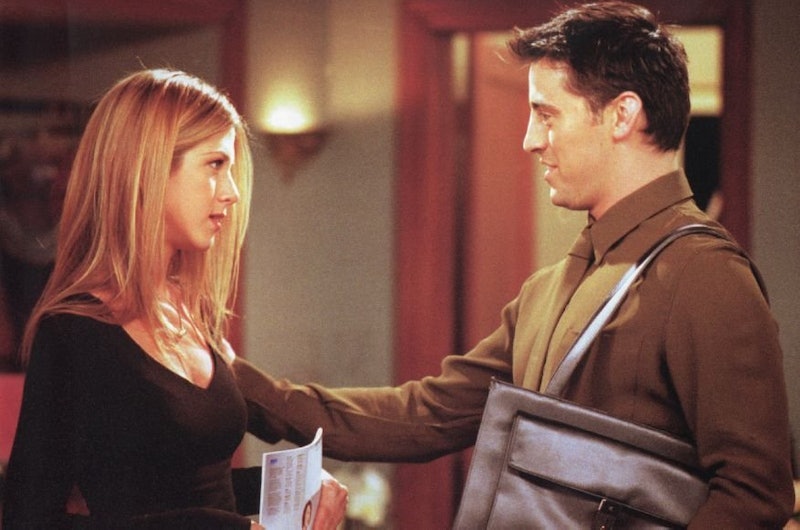 The impending end of the summer means more than just fading tans, back-to-school sales, and the imminent return of pumpkin spice lattes. For many of you, it might also mean assessing whether your summer fling has real-deal, serious long-term relationship potential. Which is way more than just wishful thinking — while plenty of summer flings run their course and leave you with nothing but festive memories and a vague tingly sensation whenever you think about that time behind the grilled cheese booth at Coachella, many serious relationships start off as casual encounters. But how can you tell a summer fling worth holding onto from one best packed away with your jorts and flip-flops?

When you're trying to figure out if your sweetheart has the kind of real relationship potential that leads to emotional commitment and couples Halloween costumes, plenty of factors come into play — from your chemistry to whether you're about to leave for schools on opposite sides of the country. But there are a number of easy-to-overlook factors that often reveal whether you guys will end up overjoyed or totally annoyed if you try to make a real go of it.

So if you're pondering whether you should stick around, think on the five factors below. They're not a definitive guide to what makes a relationship work, and no one is a bad person — or a bad partner — for having any of these traits. But if you see them popping up in your short-term relationship, you may want to ask yourself if you'd be just as happy spending this fall getting in a serious relationship with your HBO Go password.

1. You're Not Sexually Compatible

This may sound like a superficial point. After all, you may be thinking, what is sex compared to emotional compatibility? And it's true; some emotional connections are so amazing that they're worth putting in the hard work of trying to work out sexual incompatibilities.

But sometimes, it's easy to mistake new love for enduring emotional compatibility. It's easy to imagine you could take a pass on good sex forever, just because you like your honey so much. Which sucks once some time has passed, and you realize that 1. you're not soulmates, and 2. you totally miss good sex. As sex and relationship expert Dr. Nerdlove noted, "Once you’re out of the honeymoon period ... if you’re not sexually compatible, then you’ve got a ticking time-bomb hidden, waiting to blow your relationship apart."

2. You're Only Compatible When It Comes To Sex

There's nothing wrong with regularly having wild sex with a person that you can't even manage to make waiting-for-the-elevator-level small talk with. I mean, god knows I have enjoyed a good Hate Bang or 10 with dudes I have actively disliked whenever they were doing anything but filling my cannoli.

But if your brain has literally melted from all the small-talk-free orgasms you've been having lately, and you're considering trying to turn this into a long-term relationship, pause for a sec and consider all the things that a serious relationship involves besides sex. Things like emotionally supporting each other through problems, being proud of each other's accomplishments, compromising on important issues, and going on long, annoying vacations with your partner's family without ever screaming "You are all human garbage!" at them. It's a lot of work, and work that is not necessarily worth engaging in with someone you're not actually that invested in.

Sex is awesome, but even the most mind/vag-blowing of orgasms can't make a whole relationship work for you. So if you're involved in a relationship where sex is pretty much the only thing you guys have in common, strongly consider keeping things casual or short-term (also, I'm super jealous of you).

3. You Don't Have The Same Goals For The Immediate Future

You don't have to necessarily be on the same page about the next 10 years of your life to have a good relationship. Long-term goals change, people change, and plenty of couples develop new goals together as their relationships become more serious.

But if your goals for the immediate future conflict sharply — like if one of you needs to move to attend a particular grad school and the other can only get work in your current town — then trying to move things forward is probably going to be painful and full of conflict.

"Bad timing" isn't just a cheap excuse for a breakup — it's often a very real reason that things between two people can't work out. Many of us have romantic notions about how when two people connect, they should move heaven and earth to be together. While this is sometimes true, not every relationship is worth blowing up every other aspect of your life, even if you guys really dig each other. There's no reason you two can't keep enjoying each other's company for the moment — but committing to a serious relationship with each other when your futures are in conflict might be a mess, so tread carefully.

4. They're Still Hung Up On Their Ex

We've all been given that timeless advice that the best way to get over someone is to get under someone else. Sometimes, we end up being that "someone else" that a poor lovelorn soul is getting busy getting under. And sometimes, it can be pretty damned fun.

But if your partner is still very actively hung up on an ex — as in, constantly checking on their social media profiles, bringing them up obsessively, or fixating on them in general — your relationship is not in a place where you two can go pro. A partner whose heart belongs to their ex can still be fun in the short-term. And if you split up and meet up again down the road when your heads are clearer, that could be wonderful. But as Dr. Gilda Carle noted on Today, "Solid love takes two totally committed people ... [so you can't] force something that isn’t there."

So don't count on trying to set up something serious now if your partner is living in the past. And yes, all of this applies if you're the one hung up on your ex. Don't dive into a serious relationship just to try to shake your obsession. If you're still scouring your ex's timeline for subtweets that could possibly be about you, then you're not ready for anything more than casual dating.

5. You're Only With Them Because You Don't Want To Be Alone

Hey, there isn't a sole correct reason to couple up. Every relationship serves a different set of needs. And sometimes, when we've gone through a rough patch, one of those needs might simply be not having to face an empty bed every night. Many of us have been there, and none of us deserve to be judged for it. It happens.

But as soothing as these kinds of relationships can be when the world around us feels like it has gone crazy, it is also dangerously easy to to let this kind of security blanket dating slip into a full-fledged long-term relationship through a combination of wishful thinking and inertia. If you're thinking about getting seriously involved with someone just so you don't have to be alone, and are willing to pair up with the wrong person because of it, know that what you're doing might be giving yourself a raw deal — and it definitely isn't fair to your partner. If you like them at all, they deserve more than that. Honestly, even if you don't like them at all, they deserve more than that.

So let a fling be a fling, and save the heavy stuff for when you're in a better place. It'll happen, sooner than you think, I swear.