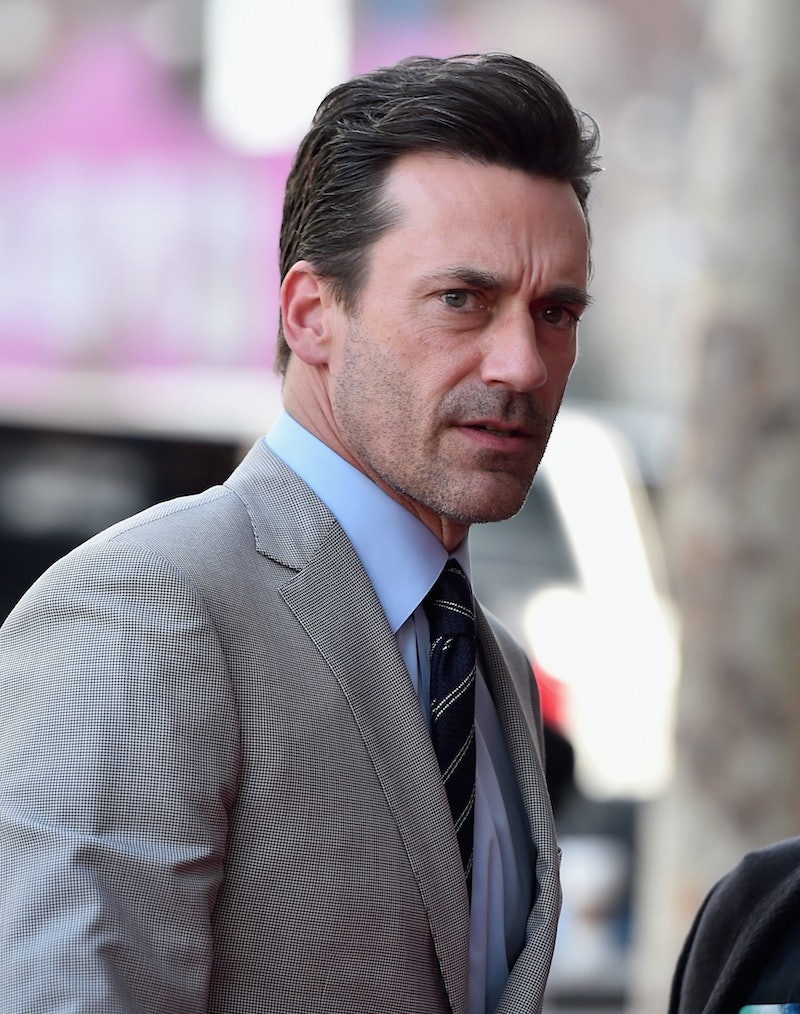 With a bench of great actors as lengthy as the one Gilmore Girls had, it's hard to believe there was room for any guest actors to make their mark — but, over the course of seven seasons quite a few (future) famous faces made their debuts on Gilmore Girls . And no, I'm not not talking about certified superstar Melissa McCarthy — she, like Jared Padalecki and Matt Czuchry, were regulars on the show, alongside Lauren Graham, Alexis Bledel, and Emily Bishop. I'm also not talking Chad Michael Murray's stint as Tristan, or Adam Brody's turn as Lane's adorable boyfriend Dave — they may not have been regulars, but they were secondary characters that we definitely all remember. But I am talking guest stars like, Seth MacFarlane, who appeared in an episode, and the man behind Ron Swanson (Nick Offerman), who paid two visits to Stars Hollow.

There was just something special about Gilmore Girls that seemed to attract a boatload of talent, both from the regular and recurring actors and those fly by night guest stars as well. The actors on this list all went on to have promising careers in film and television after they passed through Gilmore Girls as bad first dates, disgruntled classmates, and relatives to the Stars Hollow townsfolk.

Get ready to queue up some Gilmore Girls and play spot the future star with these formerly unknown famous faces.

Hamm guest-starred as the "Solomon of wine" in Season 3's "Eight O'Clock At The Oasis," but sadly, Don Draper wasn't quite his charming self when he exchanged banter with Lorelai before boring her to tears at dinner. It worked out for Hamm though: he ended up as the star of Mad Men (where Alexis Bledel would later make a very un-Rory-like appearance.)

Pudi played Raj, one of Rory's writers at The Yale Daily News. The blink-and-miss-it role didn't leave a lasting impression in Season 7, but the good news is, Pudi went on to give the world Abed on Community. Without Abed, pop culture would be in the darkest timeline, for sure.

Why, hello there, little Victoria Justice; fancy meeting you here getting into an argument with Sookie! The child star popped up in Season 4 before becoming one of Nickelodeon's go-to gals and a burgeoning pop star.

Ritter already had a multi-episode guest stint on Veronica Mars under her belt when she joined Gilmore Girls in Season 7 as one of Rory's new best friends, Lucy. Since then, Ritter's career has taken off in a major way thanks to a memorable role on Breaking Bad, Don't Trust The B In Apartment 23, and her upcoming starring role in Marvel's Jessica Jones.

The always amazing Lynch ends up on the business end of an angry Emily in Season 1. Now, Lynch is practically a household name thanks to her work as Sue on Glee and her expert hosting skills on Hollywood Game Night.

Before Offerman was Parks and Recreation's bacon-loving libertarian Ron Swanson he was — wait for it — Jackson's irritable brother Beau in Season 4.

Luke's surprise daughter April may have been a shocker, but it was clear even then that Marano was crazy talented. After Gilmore Girls ended, Marano landed on The Young and the Restless as a character's surprise sister before landing a lead role in Switched at Birth (so yes, her career thus far has involved almost exclusively playing surprise relatives, but hey, whatever works).

I must confess as many times as I've watched Season 2's "Lorelai's Graduation Day," I've never noticed MacFarlane was Lorelai's perpetually angry classmate. But, here is the man behind Family Guy and an empire of pop culture feats playing a guy who argues incessantly with his girlfriend.

Playing a character who wanted to start a "Luke" club with Luke, Greenfield basically has two lines — but he still makes an impression. His sense of humor lines up remarkably well with New Girl's Schmidt's.

Poor Routh barely gets one line in his episode, but hey, he did go on to become Superman, so he can't complain too much.

For a very long time, Bergl would pop up on a show I was watching like Men in Trees, Desperate Housewives, and most recently Shameless, and I couldn't understand why I was completely terrified of her. Then, one day, I realized Bergl played Francie, the intense Chilton student who almost completely destroyed Rory and Paris' friendship and it all became clear.

It's clear Gilmore Girls was a special place, even its guest stars were touched by the Stars Hollow magic as their careers went on.