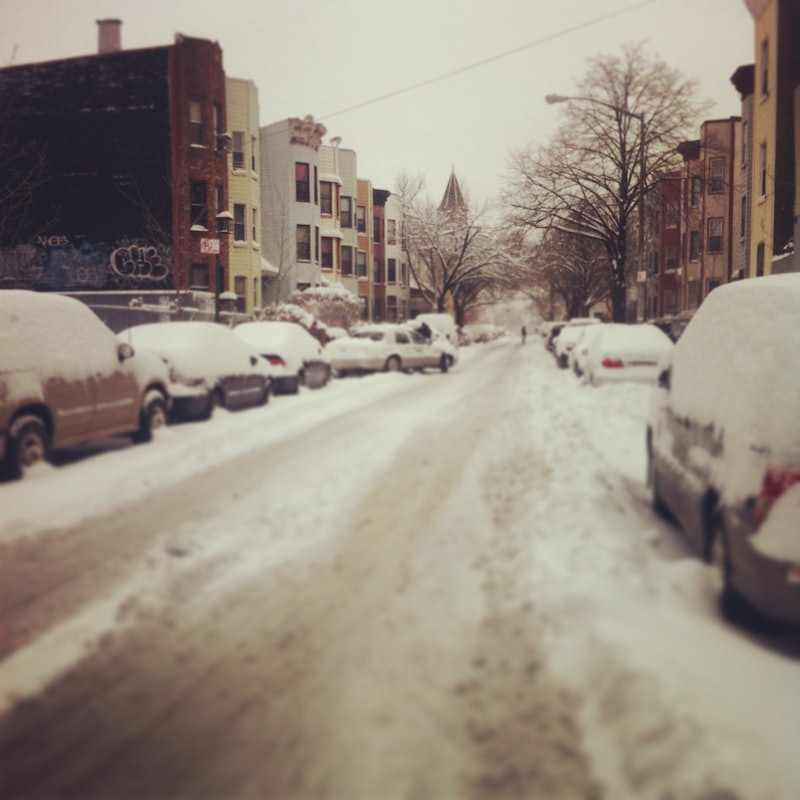 January is, clearly, one of the very worst months. Holidays and holiday breaks are over. Two to three more months of terrible weather loom. You're trying to be a Better Person because it's a new year and all, which is nowhere near as fun as not being a better person. Even the Super Bowl hated January so much it moved into February. There's just really not a lot to recommend January, and we all know it. But! We have to get through January anyway so we might as well band together and look on the bright side, right? Here are all the reasons (some outsourced from Twitter and Facebook friends) why January might be a kinda, sorta, possibly not so bad month.

Tea's pretty good, and we should all drink more of it. Perhaps with alcohol.

That definitely sounds like fun. (For the record, the recipe of the day listed for Feast of Fabulous Wild Men Day is Sloppy Joes.)

6. You can skip town and rent cabins.

8. Skiing and other snow sports season

This one does nothing for me, personally, because every time I attempt winter sports I end up in a Gumby-like heap or a ditch (or, one time, nearly strangled by a scarf that was still attached to the bunny hill towrope once I let go). But I hear people enjoy them.

January brings us the latest Spike Jonze ( Her , in select theaters Dec. 18, widespread release in January), lady-fight flick Raze , and dystopian I, Frankenstein , along with all the Sundance Film Festival releases.

According to several enthusiastic Facebook friends, January is "Hopslam season," a magical IPA-happy time during which Bell's (10% ABV) Hopslam ale is available.

11. The days are getting longer

After the winter solstice on December 21, the stretches of daylight can only get longer, making things notably less depressing.

Because, baby, it's cold outside.

More like this
25 Quotes About Love To Share During Pride Month 2022
By Madeleine Aggeler and Emma Garza
Meet The Disney Imagineer Bringing 'Guardians Of The Galaxy' To Epcot
By Charlie Mock
Here's Your Daily Horoscope For May 26, 2022
By Mecca Woods
Here’s Your Horoscope For June 2022
By Alexandria Lettman
Get Even More From Bustle — Sign Up For The Newsletter