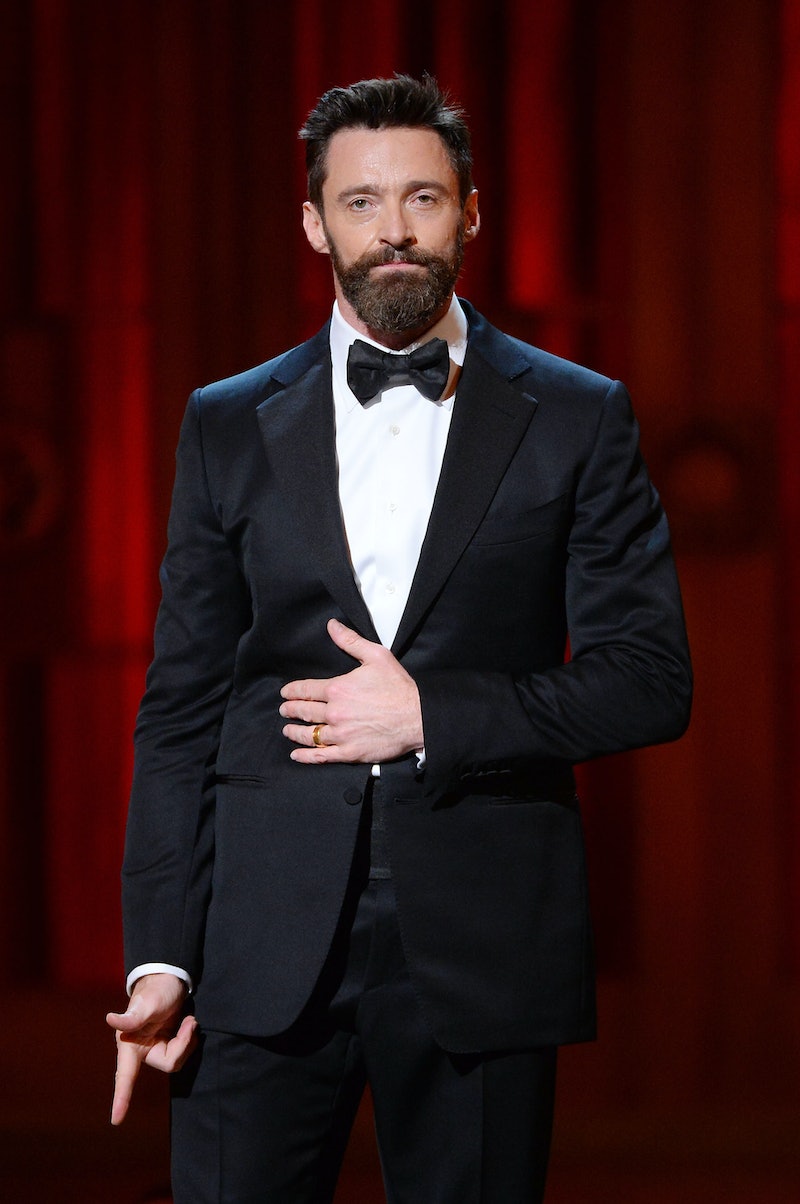 The role of James Bond is a highly coveted one, both for its promise of multiple films and its iconic legacy. (Not to mention the small detail that Tom Ford will dress James Bond in the upcoming Spectre.) With rumors that this could be Daniel Craig's last time playing the agent, fans are speculating who will be the next 007. Can you picture Hugh Jackman as James Bond? He might have just thrown his hat into the ring!

Jackman told The Hollywood Reporter that years ago, he was approached by James Bond producers, but he wasn't interested. "At the time, I was just about to do X-Men 2, and I was like, 'Ah, I don’t think it's the right time,'" Jackman said.

However, Jackman isn't opposed to the idea now. "I'd seriously consider it," he said. It's not hard to picture the dashing actor suiting up to play Bond, but don't get too excited just yet — he's not the only man who's been connected with the role. Considering the significance of playing 007, there's a lot of different names buzzing among fans. (Some of the contenders, as well as former Bond Pierce Brosnan, have even addressed the decision!)

In case you're having trouble keeping track of the fan favorites, here are seven more actors the rumor mill linked to the part.

Elba's been getting a ton of support since rumors began that he would play 007. "If human beings want to know if there’s any connectivity between all of us, the one thing I’ve heard around the world universally is that, ‘You’ll be great at James Bond!’” he told Variety.

Variety reported that betting site BoyleSports placed Tom Hardy as a frontrunner, although only time will tell if he'll play Bond.

Bookmaker William Hill PLC noted that bets surged in favor of Damian Lewis playing the role, which could indicate that he's ready to step into 007's shoes.

David Oyelowo will voice Bond in the next audiobook, but there's always a chance that he'll play the role on-screen as well.

In a recent interview with Men's Health, Cavill addressed the idea of playing Bond, saying, "The Bond people are wonderful, and I'd like to work with them," he said. "But it all depends on directors, and scripts, and whether they want me to do it. Plus there's a time factor..."

In an interview with Screen Rant, Michael Fassbender also discussed playing the secret agent. "I really don’t plan anything ever because it never seems to work," he said. "I’m just [like] – let’s just get this film out and see how this one does. And I’m sort of in the middle of doing [Ridley Scott’s Prometheus]. And, you know, Daniel [Craig] is doing a great job. We’ll see what happens. I’m very flattered that people are sort of making that link, but — I don’t know. We’ll see."

Former James Bond Pierce Brosnan said Idris Elba would be a strong contender, adding, "Colin Salmon also. May the best man get the job and may Daniel (Craig) bring home the bacon for as long as he wants."

With so many talented names in contention, there will likely be a lot of debate before the next James Bond is officially announced.

More like this
Ezra Miller Apologises To Everyone "Alarmed & Upset" By Their Behaviour
By Sophie McEvoy
Fabien Frankel Has History With 'Game Of Thrones' Emilia Clarke
By Sam Ramsden
What Is Brad Pitt’s Net Worth? The Bullet Train Star Now Makes 8 Figures Per Film
By Hugh McIntyre
Stephen Graham’s Wife Plays A Vital Role In His Career
By Emma Madden and Sophie McEvoy
Get Even More From Bustle — Sign Up For The Newsletter