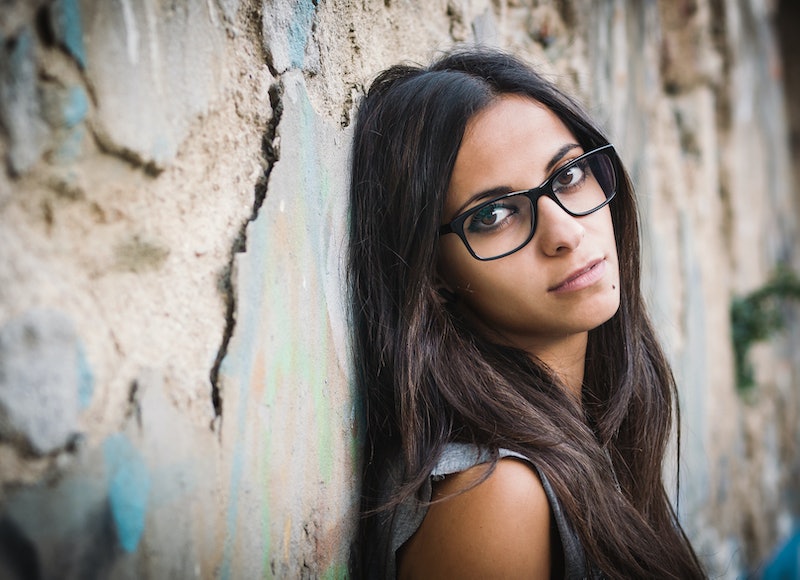 We're constantly being told that we belong in long-term relationships. Whether it's from your strangely noisy grandmother asking you when you're finally going to get married, or those better-than-reality rom-coms featuring two ridiculously attractive people walking off into the sunset after spending an hour and a half fight-flirting, it seems like everyone is telling you to find Mr. or Mrs. Right. But sometimes you ask yourself, am I ready for a serious relationship? What happens if I just don't want that? What if the idea of being shackled to someone else makes me break out in hives and book the earliest flight out to Europe just to get away?

Well, contrary to popular belief, not all happiness is found within the long-term relationship. Sure, it can end up being a blissful partnership that teaches you some things, but that doesn't mean you have to be in one now. In fact, it's perfectly normal to want to be alone, especially if you're not ready for a LTR. But how do you know you're not ready when Nana keeps telling you your biological clock is ticking? Well, here are some tell-tale signs single life is probably a good idea for now.

1. You Just Got Out Of A Long-Term Relationship

Obvious, but sometimes we need to be reminded that the way to get over a previous LTR isn't jumping into another one. Though your instincts right now are telling you to rebound, and make your former flame a jealous ball of rage, it really isn't a good idea. Strong long-term relationships aren't built on the angst and aggravation of a past relationship, and you'll be doing yourself and that person a disservice if you get involved in something serious now.

2. Your Life Is Subject To Change Very Soon

If you know that you're about to switch jobs and move out of the state, or you're finally about to embark on that year-long Euro trip you've always wanted to do, now's not the time to get tied down. Long-distance relationships, while somewhat more doable thanks to Skype and such, are still really difficult. If you're going to be gone for a while, and you're also looking to meet new people, maybe you should fly solo for now.

3. You're Satisfied Being A Free Agent

On the most basic level, some people just want to be alone for now, and that is completely fine. Maybe you're enjoying your singledom, embracing being able to do whatever, whenever and not having someone to answer to at the end of the day. That's great, just keep doing you for now! At the end of the day, you have to make yourself happy first.

4. The Prospect Of A LTR Scares You

Maybe you've thought about pursuing something serious, but you're afraid of being vulnerable with someone else. Or maybe you're afraid that person is going to hurt you in some way. Whatever it is, these are all recipes for making a LTR impossible; if you can't open up, it's going to be hard to move forward, and if you live in fear that person is going to hurt you, your relationship will likely be plagued by trust issues.

5. You Got Some Soul-Searching To Do

We've all heard the age-old cliché: you have to love yourself before you bring someone else into the picture. While you may roll your eyes, there is some truth in this. It's important to understand who you are, and be confident in that, as well as what you want out of a relationship before getting into one. Once you have a good grasp on these things, it'll be a lot easier making something long-term work.

Pretty basic, but still important. If you're working 60 hours a week, and barely have time to eat, let alone date, it's probably not a good idea to get involved with someone at the moment. Relationships are commitments after all, and they need enough of your time to be able to work.

7. You Don't Let Anyone Get Close To You

Perhaps you've tried in the past to date someone, but the moment they open up, you find yourself doing something that inherently pushes them away. Take this as a sign; even though you're trying, there is something about being committed that you are not ready to accept. Maybe spend some time on your own to parse out what it is you want, and then get back in the game.